It's more of a teaser but those are technically trailers so here https://youtu.be/Wv-Tr-sSoCs 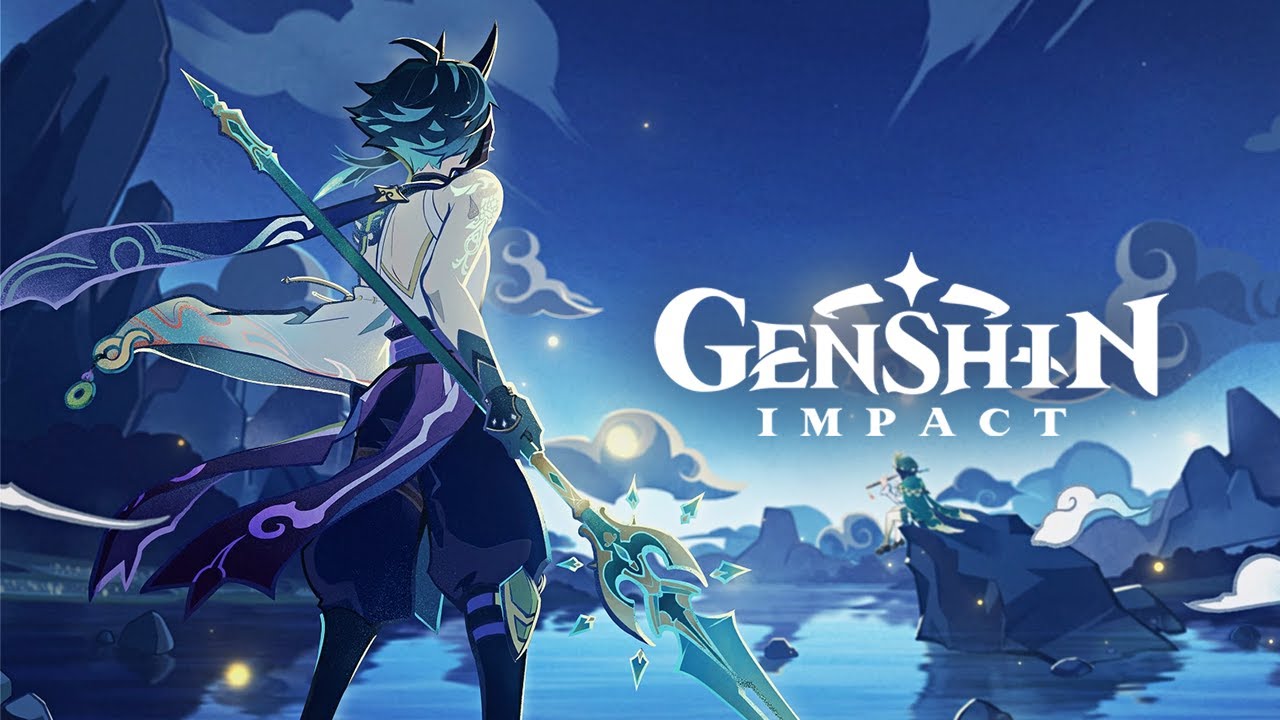 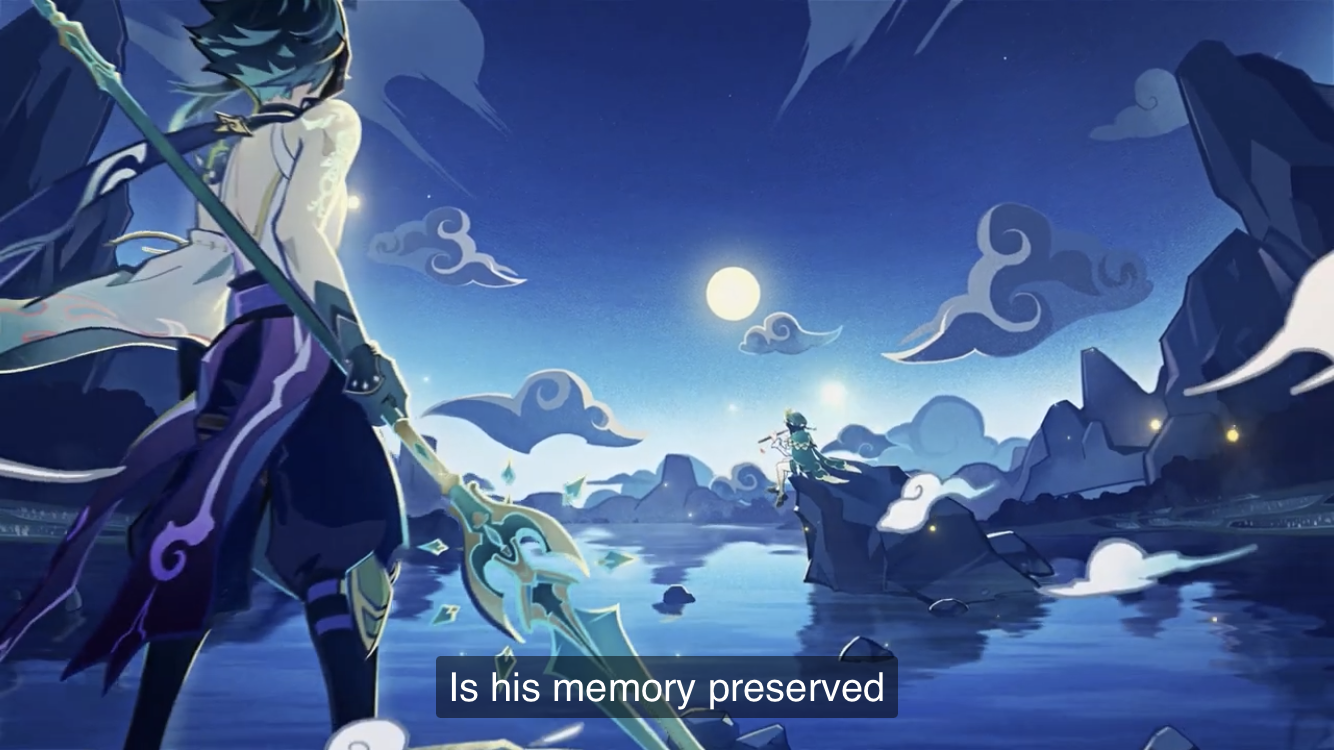 (TAKEN FROM THE TRAILER THAT JUST RELEASED LIKE 2 MINUTES AGO)

Anyway do you think Keqing, Mona, and Ganyu are all girlkissers and dating

Shipping
A reply to Huntingolives
1

Bennett x Fischl headcanon where Fischl gets shamed by the other members of the Adventurers' Guild, being told to grow up and stop with her "fairytale persona" just like her parents told her. Bennett overhears and tells them that if Fischl says she's a princess, she IS a princess in his eyes

This ship has consumed me whole

Amy's mentioned in one of Natsuki's poems 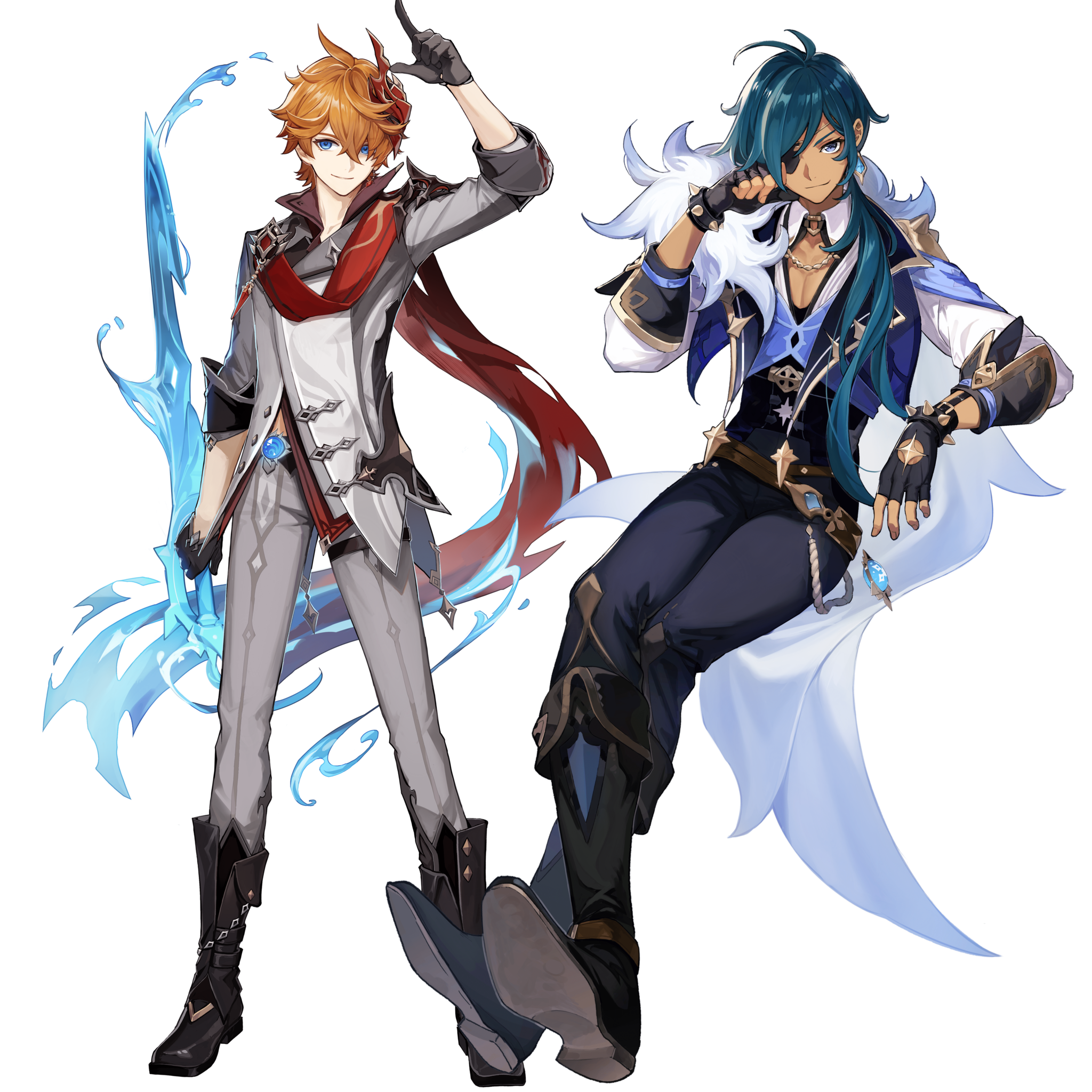 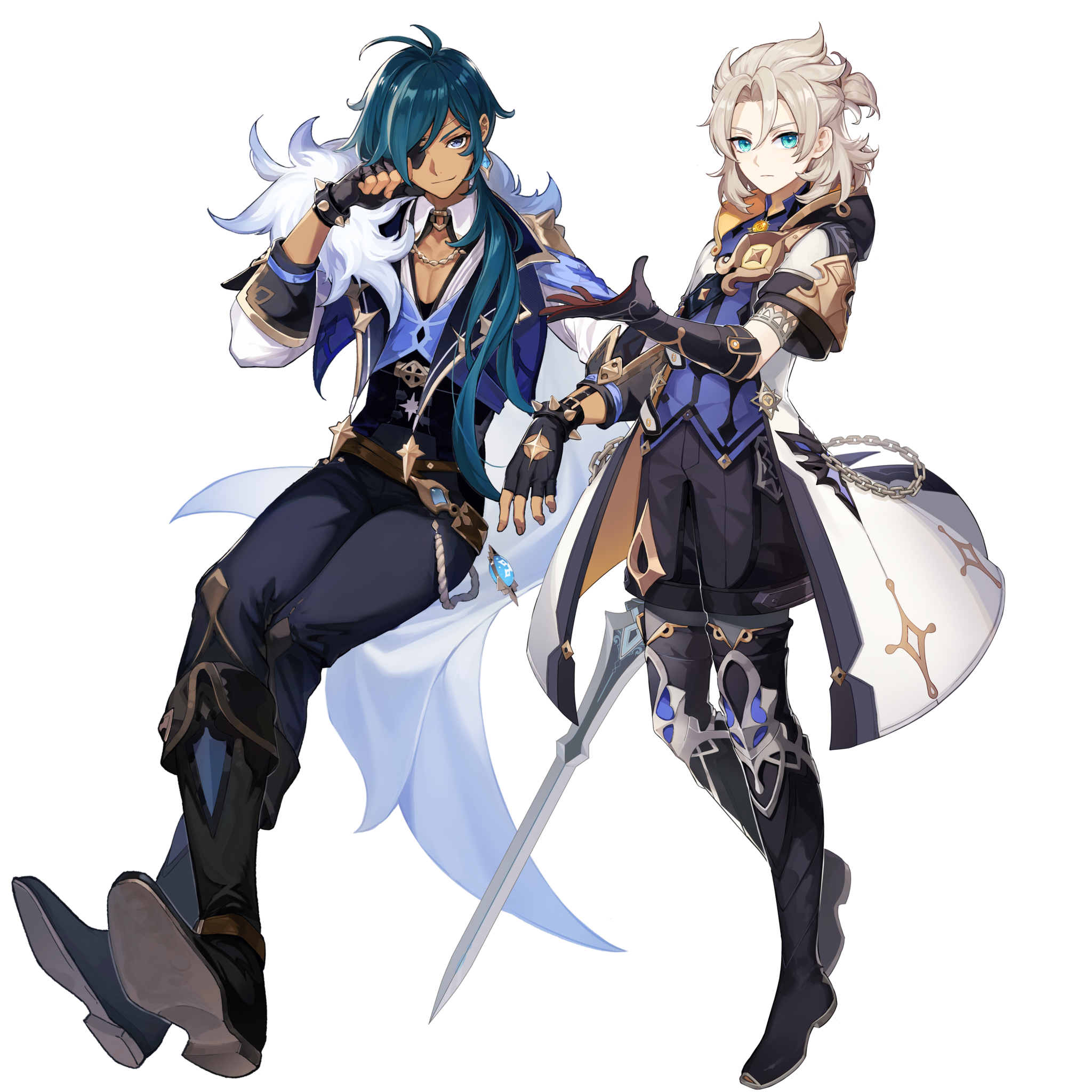 Barbara notices Noelle overworks herself, and makes her take breaks

When Barbara is sad and fails to cheer herself up, Noelle (being the sweet nice kind awesome person she is) helps her cheer herself up and cooks her some spicy food, despite not liking spicy things herself

Bennett & Razor (I prefer it platonically, thats why I put & instead of x) (also I use they/them for Razor I hope you don't mind)

Razor used to just...burn the food they cooked because they never learned how to actually cook, Bennett noticed this and taught them how to correctly cook food (although with his bad luck he never does a great job, but Razor still appreciates it nonetheless)

Bennett loves visiting Razor in Wolvendom, but it took a while for the wolf pack to trust Bennett. Eventually they get to the point where Razor considers Bennett part of their Lupical

Remember when Chongyun wanted to form a "victims of Xingqiu alliance"? Yeah he did that

They go on dates at Wanwen Bookhouse, Chongyun never expects to find anything he'd like but he goes with Xingqiu because it's something Xingqiu enjoys. He ends up finding books about exorcists that he's interested in.

Lisa takes Jean out on dates when she notices Jean's stressed over paperwork. At first Jean declines, because the paperwork isn't just going to do itself while she's gone, is it? But Lisa insists and Jean ends up really enjoying it, it calms her nerves

Kaeya keeps trying to set them up on dates. Diluc insists they're just friends, but Kaeya thinks there's something more

Not necessarily related to the ship but the theories that Albedo's from Khaenri'ah and Kaeya's Khaenri'ahn royalty are really interesting...

All jokes aside from that one voiceline, Albedo thinks Kaeya has a really pretty face and enjoys drawing him

They got closer because of Klee, both being like big brother figures for her

Not a gender/sexuality headcanon but he doesn't like looking at mirrors because it reminds him of his old friend. I'm so sorry for this

Aroace non-binary. He doesn't understand love/attraction and has no concept of gender

He's transgender because I said so

She's also transgender because I said so

Read this and tell me she's not bisexual 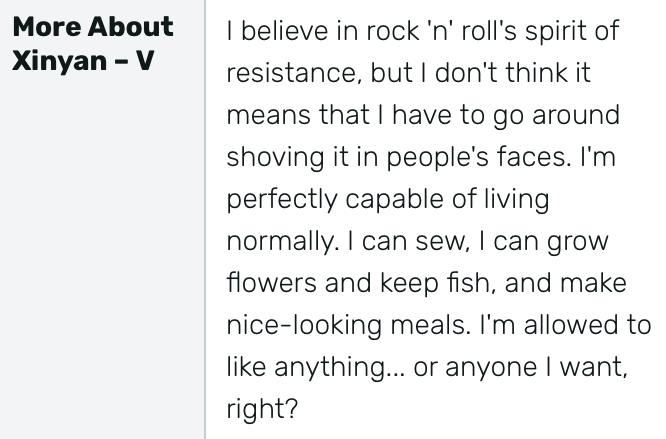 Beidou and Ningguang are both lesbian. You are going to look at these women and tell me they're not girlkissers?

But... They're brothers? Do you not see the problem? 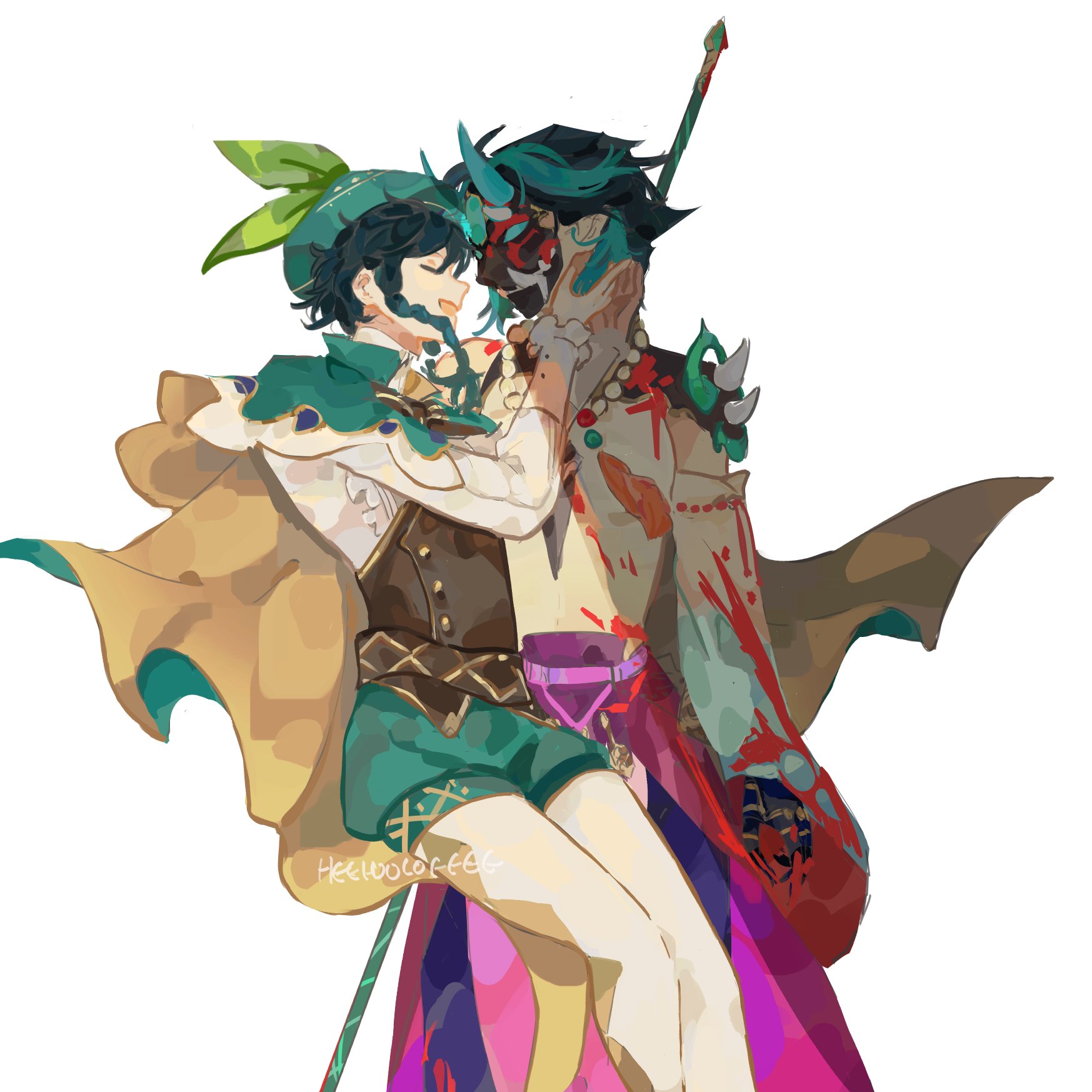 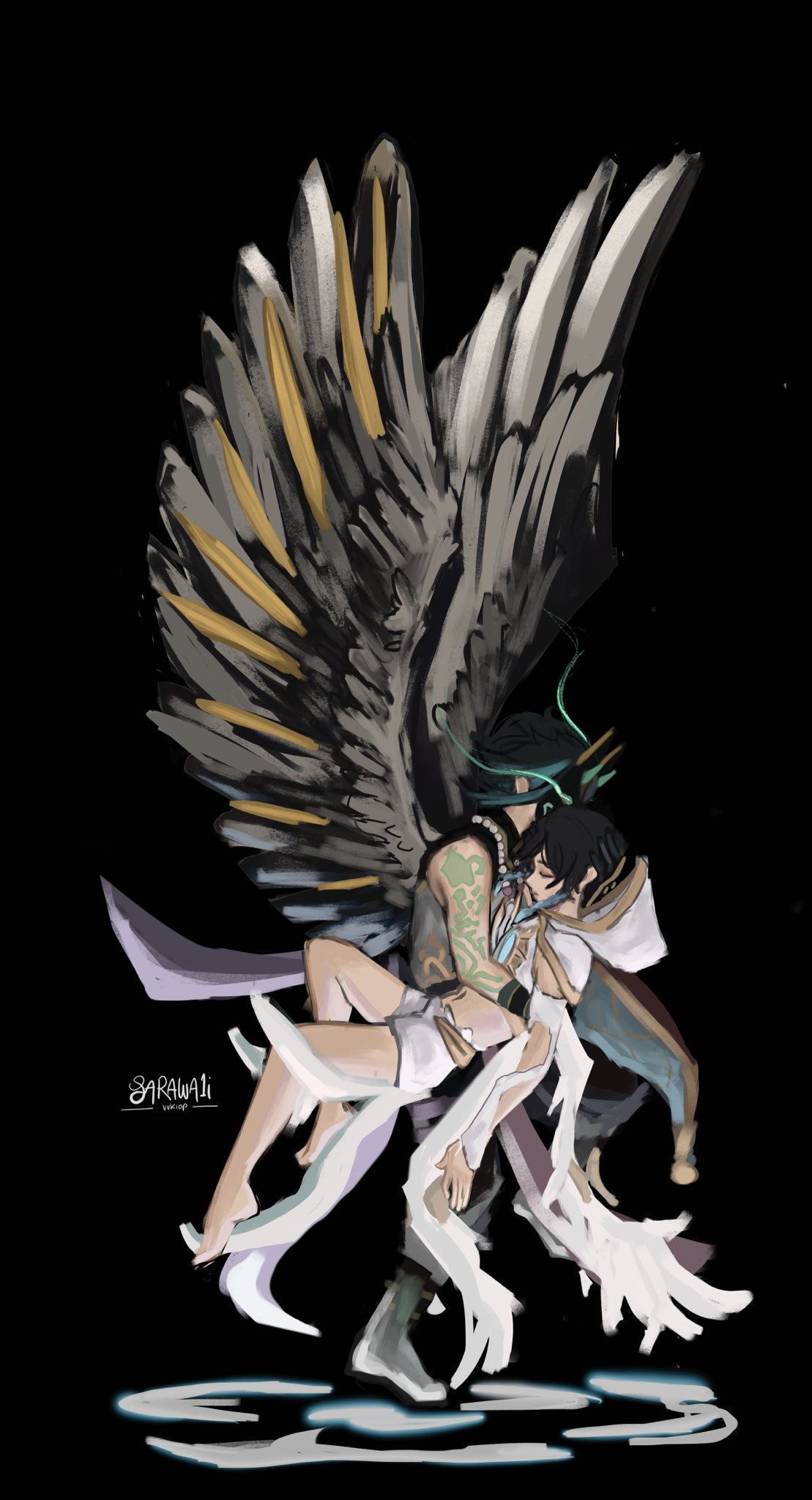 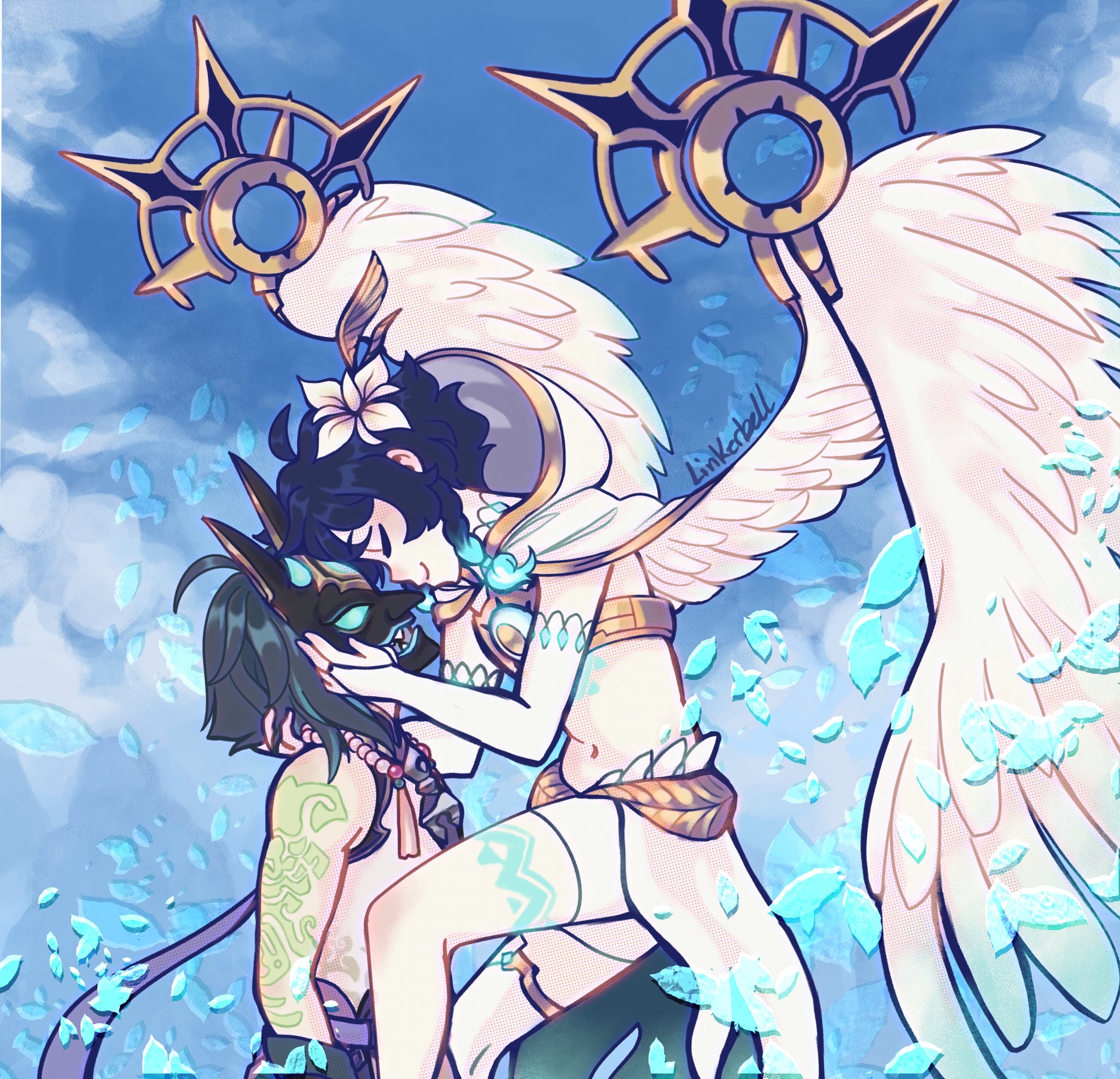 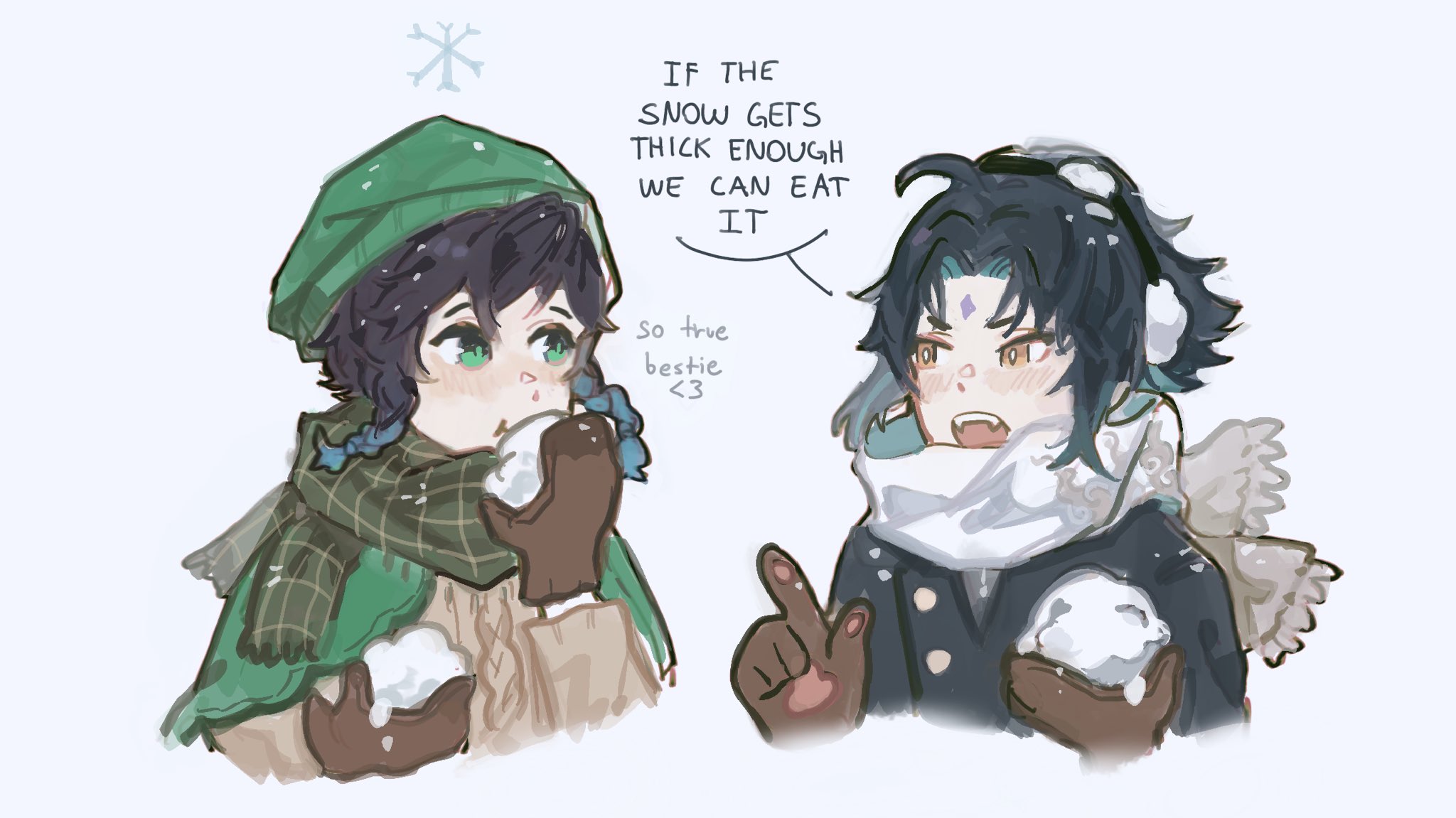 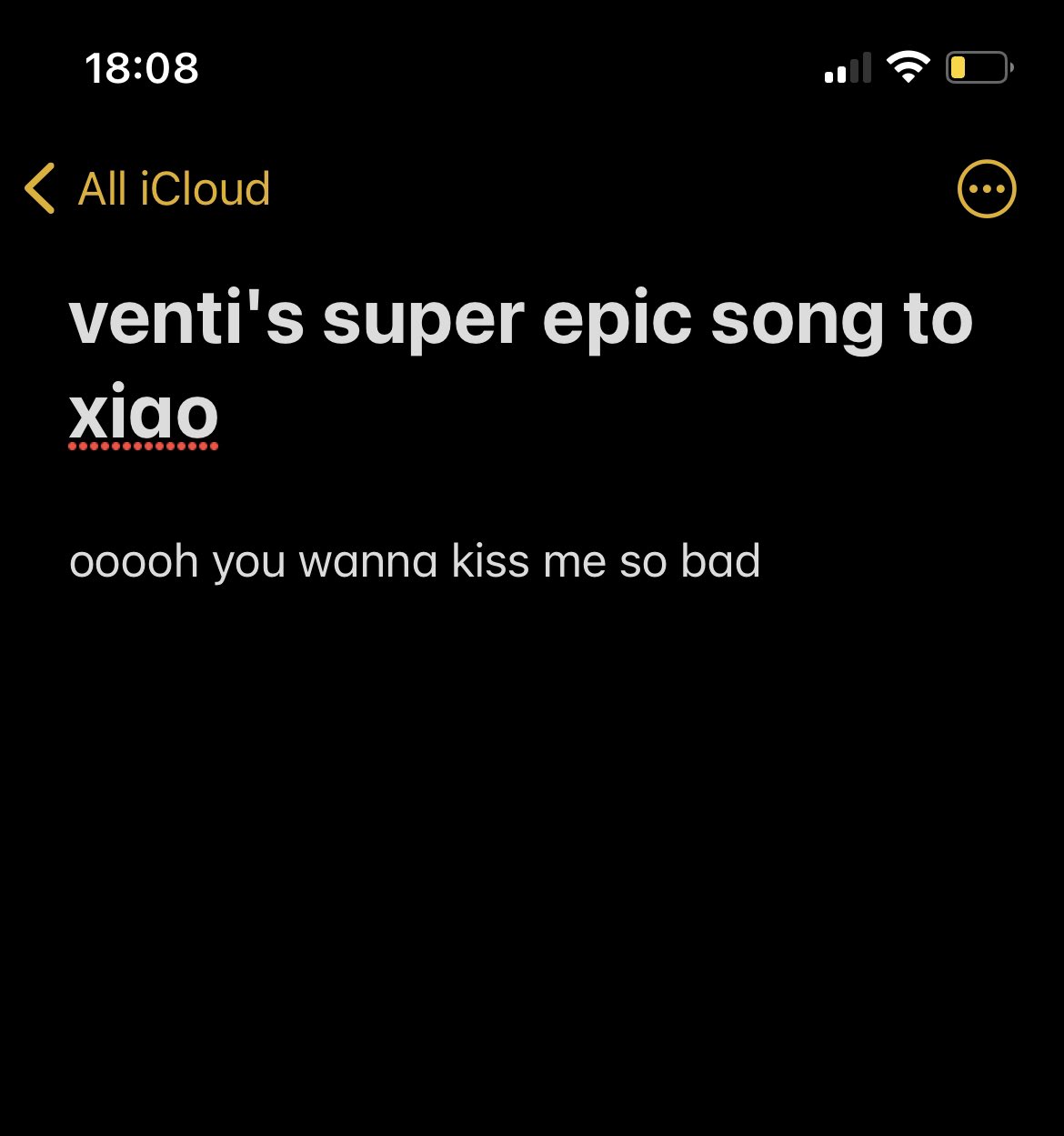 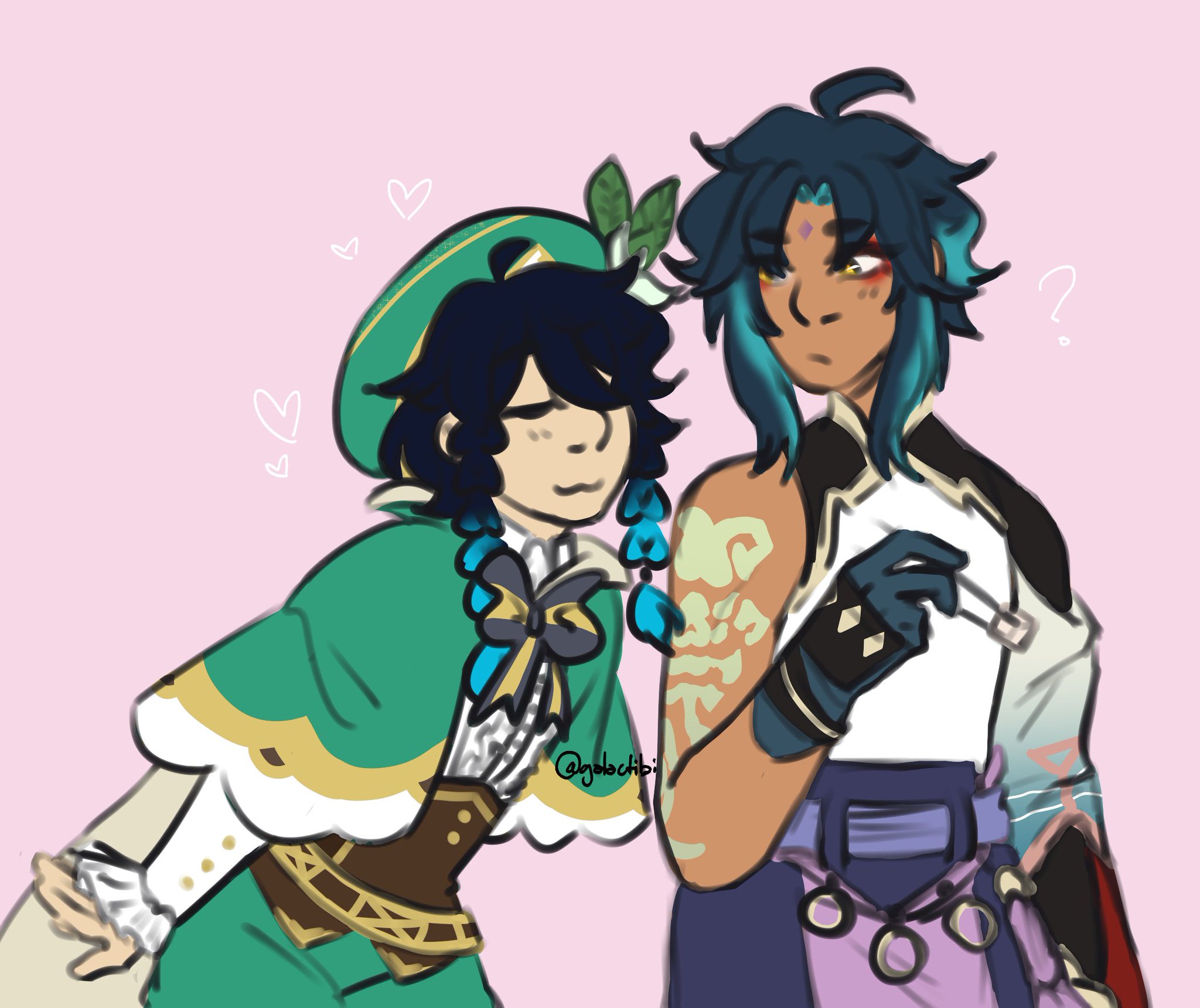 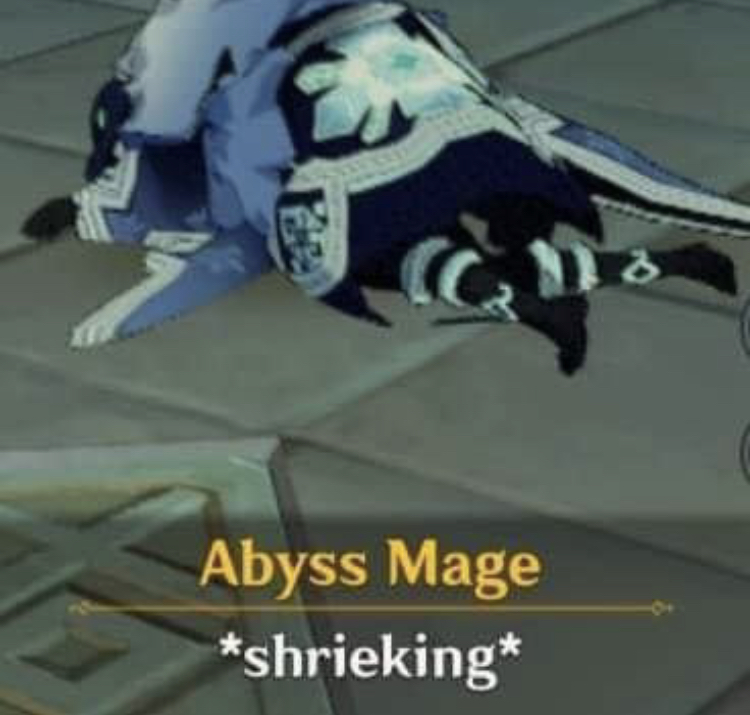