“Thank you for putting things in perspective for me”
— Alex, to Sara

Agent Canary is the femslash ship between Sara and Alex from the Arrowverse fandom.

Sara and Alex meet at the rehearsal dinner for Barry & Iris' wedding and Sara joins Alex in quite a few shots, as Alex is drowning her sorrows over her break-up with Maggie. Before the dinner's over they're making out and end up in bed together. Alex wakes up and sneaks off, hungover and seemingly confused. Sara greets her and Kara at the church, having trouble remembering Alex's name, although Alex doesn't remember Sara's at all. Alex tells Kara about their one night stand, confiding that she thinks it's a "guy" thing to do and feels disgusted with herself. Her sister seems mostly amused by the situation, saying that Sara is cool, aside from the fact that she's an assassin, to which Alex awkwardly jokes about her being a "sassy assassin" and goes inside.

During the Earth-X Nazi attack, Sara and Alex take down Earth-X Prometheus together. As all the heroes reconvene at S.T.A.R. Labs afterward, Alex is awkward around Sara and confesses to Kara that she's overwhelmed by having had sex with someone else when she's still questioning whether she made the right choice to let Maggie go.

After being captured and brought to Earth-X, and being rescued by the resistance, Sara finds Alex looking for a weapon, and determined to save Kara. Sara tells her she can't go, since fighting an army alone and scared is a bad idea. Alex insists that she's not scared, but Sara knows she's not scared for her, but for Kara. Alex doesn't want to lose Kara, and Sara understands, since she had lost her sister. Sara promises to help save Kara, and all Alex wants to do is save Kara and get back to Maggie. Maggie is complicated. Sara tells her that she has her own Maggie and she wants to go back to her as well. Sara can tell that Alex probably ended things for a reason, and tells her to trust her instincts before walking away.

Fans were excited to see the two interact, especially given that they were both badass WLW. The excitement increased after a behind the scenes pic was posted by Caity Lotz on Instagram, showing the two in bed together.

Many fans want the two to interact again. Though many would want Alex to have a girlfriend before this happens so that they can both reflect on finding new relationships. Although some think there would either be jealousy on Ava's, Sara's girlfriend, part or a friendship that confuses Sara. 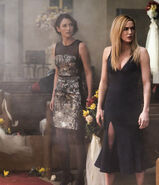 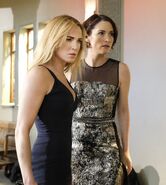 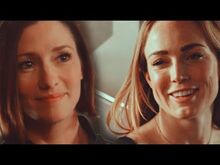 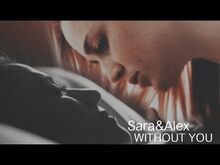 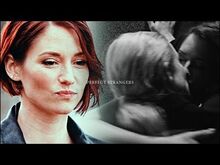 We are only human l Sara & Alex 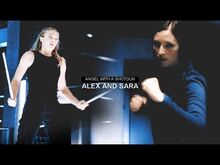 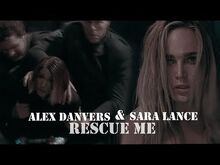 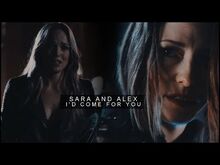 Sara & Alex l I'd Come For You 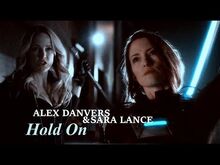 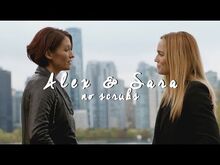 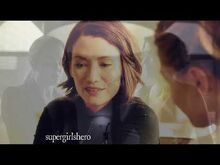 Alex and Sara -- The Night We Met