Alderson Siblings is the family ship between Elliot Alderson and Darlene Alderson from the Mr. Robot fandom.

Darlene and Elliot have a very deep bond and are really caring towards each other. Although, Darlene gets irritated or even mad at Elliot many times and Elliot through most of the series tries to distance himself from her. It's usually the result of their worry about the other sibling. Darlene is also really important for Elliot, because she's a person, who can help him understand what's real, she's his anchor point to the reality. Their relationship is definitely one of the most crucial ones in the series.

Elliot first meets Darlene in the fsociety facility (to which Mr. Robot led him), not remembering she was his sister or that he's ever even knew her, because of his amnesia. Although, he doesn't talk with her yet, we can see Darlene in the background, steadily watching her brother, visibly noticing that something's wrong, something's different about him.

Some time after that, Elliot comes to the fsociety facility again and notices Darlene smoking in front of the building. He asks her where's her boss, on which Darlene laughs and tells him to cut the bullshit. She then asks him, when is he going to give the fsociety members the access to the root directory, since she still had to put Colby's IP in the DAT file. Elliot doesn't know what she's talking about, so he remains silent, looking away with confusion. Eventually Darlene calls him a dickhead and goes back into the building.

When they 'started' working together, they also started spending more and more time with each other, getting closer to one another. It was intentional on Darlene's side, because their cooperative hack was also an excuse for her to get close to her brother again. However, Elliot didn't know all that and eventually when Darlene told him she loves him by the end of the 1st season, he kissed her. Darlene quickly pushed him away, confused and kind of irritated at first, yet then evidently becoming worried about him and starting to ask him "did he forget again". After a longer moment, Elliot finally recalled that she was his sister.

Most of the fandom loves their relationship and it doesn't really meet with a lot of hate. Some people also ship them romantically, because of Elliot kissing Darlene in the 1st season, when he forgot she's his sister.

On AO3 they have 24 platonic works and 5 romantic. 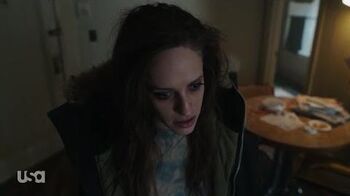 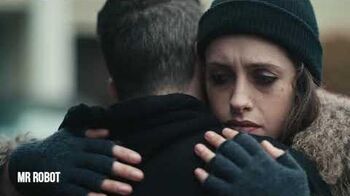 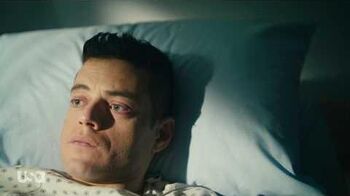 Mr robot elliot reveals the truth to darlene
Retrieved from "https://shipping.fandom.com/wiki/Alderson_Siblings?oldid=215711"
Community content is available under CC-BY-SA unless otherwise noted.