• Belligerent Sexual Tension
• Birds of a Feather
• Even Evil Can Be Loved
• Even Evil Has Loved Ones
• Everyone Can See It
• Love Redeems
• Official Couple
• Slap-Slap-Kiss
• Villain Love Song
• Will They or Won't They?

Aleheather is the het shipping between Heather and Alejandro from the Total Drama fandom.

Alejandro and Heather met during the special episode of Total Drama Action. At first, Heather didn't like Alejandro, being envious of the crew of "Total Drama Dirtbags" who were allegedly going to replace the original cast, including her, on the show.

They both qualified to compete in Total Drama World Tour and eventually went on to become the finalists of the season. As a result, their rivalry-slash-romance became one of the main plots of the season. Being a former antagonist of the first season, Heather was wary of Alejandro's true nature from the get go. However, because of her unpopularity among the cast and Alejandro's charming side, she knew no one was going to believe her about his manipulative side. As a result, the two ended up having a rivalry throughout the entire season. They would spend the time bickering, teasing each other, scheming against each other, and also working together on rare occassions. All this while also developing feelings for each other, which the other contestants eventually began to notice. In the end, the two faced each other in the finale. After his confession of love to her, Heather betrayed Alejandro, choosing the million dollars instead, and indirectly causing him to be put inside a robot suit to survive.

In the premiere episode of Total Drama: Revenge of the Island, the two make cameo appearance, alongside the other original contestants. Alejandro is seen holding Heather in his arms, while still in a robot suit. much to her dismay. However, the following season assumes she apparently wasn't aware of the robot's true identity.

The two returned for Total Drama All-Stars and were put on the same team. However, despite forming an alliance, both were actually scheming against each other. Alejandro in particular was hungry for a revenge after Heather's betrayal from the third season's finale. He would also pretend his legs are still asleep and walk on his hand in order to rub his injury in Heather's face to make her feel guilty. Eventually, although Heather convinced everyone to vote Alejandro out, the Spaniard managed to steal the immunity idol that Heather had found and use it against her, eliminating her with the only vote left that counted, his own. In the following episode, Alejandro defended Heather when his brother insulted her, scoring a point for his team in the challenge. The two would reunite in the exclusive clip for the episode in which Alejandro was eliminted. They both ended up being Mal's helpers during the finale. The last episode also showed their lovey-dovey side. However, this behavior didn't last, as they came back to their competitive selves once Chris claimed even they could win the million dollar prize. In the end, neither of them won the money again, but Alejandro claimed that they have the best consolation prize of all - each other, although Heather was not much comforted.

This Is How We Will End It

The ship sailed as a result of a lot of ship tease between the two throughout the third season. It ended up being one of the most popular ships in the franchise. The love-hate relationship between them is generally considered to be one of the best, if not the best, aspects of Total Drama World Tour, with both adding a lot of drama and tension to the competition-related show. As a result, many fans were happy to learn that the ship finally became canon in the finale of Total Drama All-Stars. However, their lovey-dovey behavior in the episode received a mixed feedback. 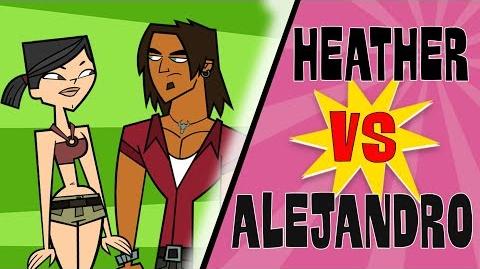 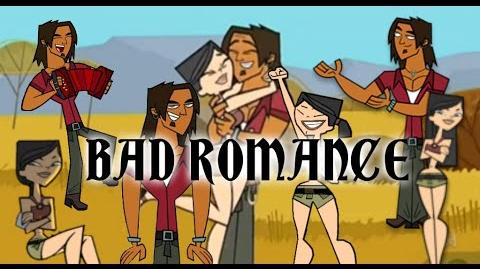 
Cite error: <ref> tags exist, but no <references/> tag was found
Retrieved from "https://shipping.fandom.com/wiki/Aleheather?oldid=193822"
Community content is available under CC-BY-SA unless otherwise noted.