Good Friends/Classmates; both are dead

“The way you changed the mood completely. Seems like everyone looks up to you.”
— Rantaro to Kaede in Chapter 1

Amamatsu is the het ship between Rantaro Amami and Kaede Akamatsu from the Danganronpa fandom.

Rantaro admires Kaede for her leadership skills. Kaede thinks that he is a refreshing person and easy to talk to. However, Kaede was surprised how Rantaro acts so carefree and relaxed before the class trial in the demo starts. She states that even though things have become more complicated, Rantaro has found the way to clear the whole situation, which made her curious. She was also confused how Rantaro speaks so calmly against Monokuma during the situation and finds Rantaro's unknown talent a mystery during the game.

During their free time events, Kaede states that she wants to be friends with Rantaro no matter who he was in the past. Despite him having his talent as unknown and him being suspicious, Kaede still cares for Rantaro and respects him and believes that he is not the mastermind behind the whole killing game. Kaede lights his mind up with hope and made him not fall into despair. Rantaro seems to also care for Kaede, as he feels worried and commented on how she is trying to help everyone and said she should take it easy. He thinks Kaede is easy to talk to and feels ease whenever he is next to her. He calls both of them comrades amongst all of the Ultimates, since they're a bit more ordinary than some others. Kaede tends to assume that Rantaro is a womanizer and attempting to hit on her, even though he always insists he is not that kind of person. When she got invited by him to drink tea together, Kaede was curious and kept assuming if it was a dating sim where Rantaro could hit on girls. However, Rantaro admitted that his looks may resemble a playboy, but he is a chill, friendly guy. Later on, in Chapter 1, it was shown that Rantaro was painting Kaede's nails and suggest a French slant nail design that Kaede needs since her nails were short.

Later, Rantaro suggests that he should go to the library to find the secret door leading to the mastermind's secret place, but got killed by the mastermind. Without knowing, Kaede got involved at the wrong time and distracted Rantaro from the mastermind's attack. When Kaede first discovered Rantaro's corpse, her legs became to tremble and she was frightened to see Rantaro being dead. She demanded to figure out who would kill Rantaro and states how she will never forgive the person who would kill an important comrade. In the trial, Kaede believed that she was the culprit who murdered Rantaro and confesses her sins. She calls herself as a horrible murderer and is sorry for him and Shuichi Saihara directly the most and regrets for "killing" Rantaro after the trial end and later got executed. It was later revealed in Chapter 6 that Kaede never killed Rantaro as her plan for killing the mastermind failed, meaning she was wrongly executed.

In the non-canon Danganronpa V3 bonus mode, Kaede was waiting for Rantaro after the Christmas party almost ended. She was aware that Rantaro would come back soon. Kaede states how she left some cake for Rantaro. In the end, they ate the leftover cake together. As well during the sports festival Kaede stops by Rantaro's soccer game and claims she'll be cheering for him, Rantaro responds to this by being surprised.

The ship sailed as a result of Rantaro's interactions with Kaede coming off as flirty, even though he claims they are not. The bonus scene featuring him painting Kaede's nails further fueled the ship.

It remains as one of the most popular shipping choices for both characters included. The reveal that Kaede didn't kill Rantaro after all managed to appeal to the part of the fanbase that is against victim-killer ships, restoring its popularity for such fans.

Its main ship rival is Saimatsu, although some fans enjoy both equally and choose to ship them in a polyship, Amasaimatsu. As such, some fanfictions and fan arts tend to show Rantaro as a "Mr. Steal Your Girl" type to Shuichi. 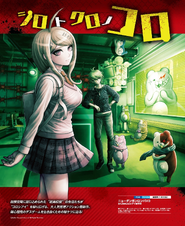 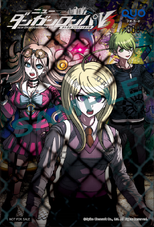 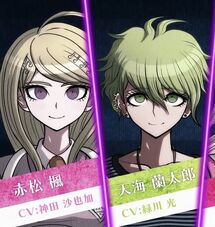 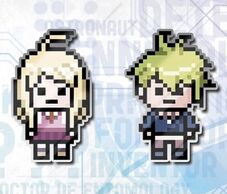 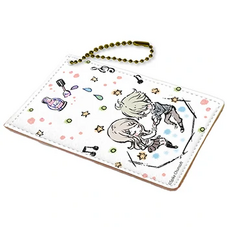 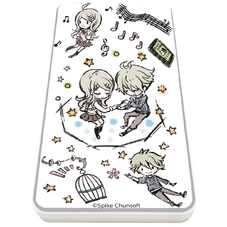 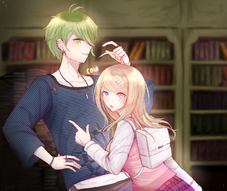 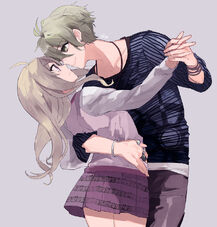 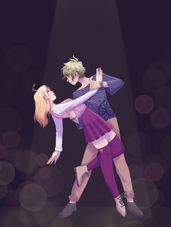 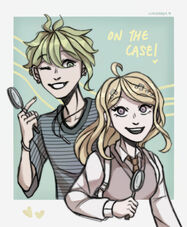 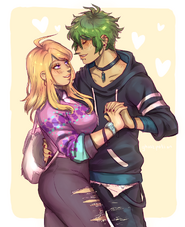 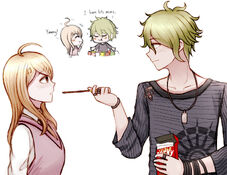 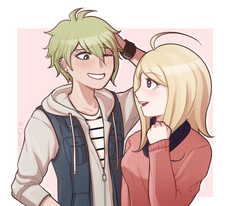 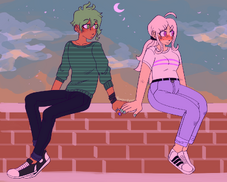 Rantaro x Kaede - All Of Me 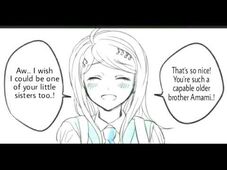