Shipping Wiki
Register
Don't have an account?
Sign In
Advertisement
in: Ships, Ships/Het, Legends of Tomorrow/Ships,
and 5 more

Ray – “I'm not giving up, but it's hard to ignore the math. You and Carter have spent lifetimes together, and in each one, you've fallen in love, so why would this lifetime be any different?”
Kendra – “I never met you before. Ray, Carter is my past. You are my future”

Atomic Hawk is the het ship between Kendra and Ray from the Legends of Tomorrow fandom.

Kendra and Ray meet when they are recruited for Rip's mission in 2016. Their first team-up has them going to meet Aldous Boardman, who turns out to be a child of one of Kendra and Carter's past incarnations and so Ray witnesses Kendra's astounding experience. Ray helps save Boardman from Cronus, but Boardman sadly dies from his injuries. Despite learning of Rip's lie about the future, they both decide to remain as part of the Legends, Ray to decide his own fate and Kendra to finally be rid of Savage.[1] Kendra has visions of the past and a dagger which can end Savage despite his immortality and Ray goes along on the mission to retrieve it. When Savage captures Ray, Snart and Mick, the team show up to free them and Snart gives the Hawks the dagger to kill Savage. Carter tries, but is killed as it has to be Kendra wielding it, and Savage stabs Kendra too. Before Savage can kill Kendra, Ray blasts him away and saves Kendra and they help get her to Gideon. In the med bay, Ray is worried and frustrated he can't do more to help her. Kendra awakes suddenly with a scream and sobs as she mourns Carter, and Ray witnesses her pain empathetically.[2]

Kendra remains in critical condition as shards of the dagger are in her system, which are too small for Gideon to remove. Ray comes up with the plan to shrink and fly into her veins to destroy the shards with the blast from his suit. While he at first suffers a shock that reminds him of losing his fiancée, Professor Stein's comfort encourages Ray to try again and he succeeds in saving Kendra's life. At the funeral for Carter, Kendra thanks Ray for saving her life, and Ray tells her he's sorry for her loss.[3]

Initially Jax and Ray are both interested in Kendra and soon realise their competition. Kendra, while struggling with the knowledge of her linked fate to Carter and the fight with Vandal Savage, develops feelings for Ray and the two slowly begin a romance amidst the whirlwind of madness they're dealing with. After the Waverider is hi-jacked, Kendra, Ray and Sara are left behind in the 1958. After a while of no word from the team, Sara decides to leave for Nanda Parbat. Upon finally relocating Ray and Kendra, Rip, Stein and Jax learn that they have been living together for two years in the '50s, Ray working as a professor and Kendra a librarian. Unbeknownst to Kendra, at the exact moment the Waverider touches down Ray was about to propose.

Ray is saddened at the loss of their lives together, while Kendra is relieved and exhilarated to be back to their real lives. Ray is incredibly hurt by this and feels like their promising relationship in the '50s is moving backwards. Rip later informs them of "Time Drift", a condition one experiences when stuck in a time period/outside one's own time for an extended period. Kendra reveals to Ray that her abilities faded, along with her memories of her past lives and that she was unhappy. In spite of all this, Kendra tells Ray that it didn't stop her from falling in love with him and that she wants to be with him.

〉For the first time in probably centuries, I actually got to decide who I want to fall in love with, instead of having it decided for me〈
—Kendra to Ray

Because Kendra's character wasn't allowed much story beyond her romances, this relationship was on shaky ground as the third serious relationship for Kendra since being introduced in the Arrowverse. In addition to it not really working story-wise, there was its biggest obvious obstacle: the seeming inevitability of Kendra's comic book canon relationship with Hawkman, which did also came to pass. Add that to the popularity of Cisco and their brief romance, and this being the second time that Ray was in a relationship with someone who's also in love with someone else. It was one of the more common pairings of Season 1, but for all the above reasons wasn't developed properly and wasn't as well received as one of the remaining most popular het ships on the series, Sara and Snart. The romance does, however, have a fanbase and those who looked beyond the series' structural issues impact, really liked the pairing. 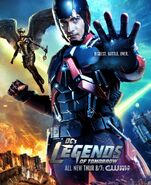 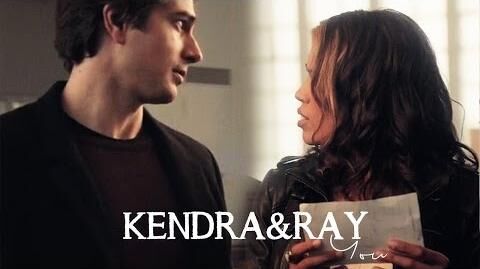 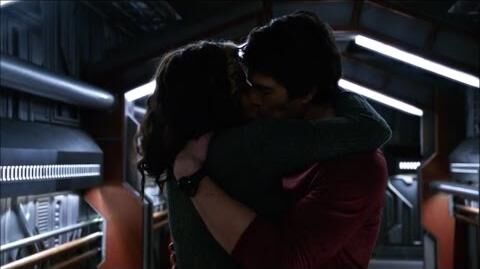