Barricity is the het ship between Barry and Felicity from the Arrowverse fandom.

In November 2013, Barry arrives in Starling City following the report of a stolen item from Queen Consolidated. Barry's sweet, awkward and scientifically prodigious which peaks Felicity's interest. Barry's theory on the missing object turns out to be quite exact and Felicity asks him to continue helping QC with the investigation. She finds out that it really was one man with super strength who could lift the giant centrifuge. Barry finds a sample that leads Oliver to a face-off with the super-strength guy. He is very excited to talk with Felicity about her being saved by the vigilante and when she asks why, he reveals to her that his mother was killed when he was 11. Barry tells her that the killer was never found and he figures that maybe the vigilante could have.

Felicity continues to work with Barry on the case in the QC lab and asks Barry if he would be her date for a work party, to which he says yes. They flirt at her office when Oliver walks in accusing Barry of lying about who he is. Barry tells Felicity and Oliver what happened to him the night his mother was killed and how nobody believes him. He apologises to Oliver and leaves, anguished. Felicity's heart goes out to Barry after hearing his story and she's upset with Oliver for making Barry feel bad, saying that they lie about who they are every day. At the Queen party, Felicity is still upset with Oliver, as Barry walks in, Oliver having called and invited him to make amends.

Felicity is so glad to see Barry and he asks her if she wants to dance, that is move around while he holds her hands and she gladly accepts. They share a sweet dance in the middle of the dance floor. Afterwards, at the QC lab, Barry gets a call from his superior who's not happy and he has to leave for Central City immediately. He tells Felicity what to do with the info he helped get from the blood sample and tells her he had fun working with her, as she says she couldn't have done it without him. They share a silent moment where they smile and look into each other's eyes, leading to a possible kiss, but Barry nervously breaks it off and bids Felicity farewell, who seems like she had hoped something would happen.[1]

“I'm not gonna tell anyone and you don't have to thank me, but you should thank her instead of being kind of a jerk... Mr. Queen”
— Barry tells Oliver what the score is[2]

When Oliver is poisoned in a fight with the Mirakuru-enhanced guy, Felicity and Diggle shoot Barry with a tranquilliser dart and bring him to the Foundry where Felicity asks Barry to save Oliver's life. Barry heroically manages to save Oliver's life and as "thanks", Oliver attacks him. Felicity fights Oliver's rude behaviour and Barry stands up to Oliver on her behalf, telling him he's being a jerk to her. Oliver suffers side effects from the rat poisoning so Barry stays to monitor his health and tells Felicity not to worry. Having been sedated and brought to the Foundry, Barry's also effectively risking his job to help Team Arrow.

Barry senses that Felicity likes Oliver and tells her, adding he has some experience liking someone from a distance. After Barry's tests show that Oliver's not affected by the rat poison after all, Barry sticks around helping out and secretly making a mask for Oliver. He and Felicity part on good terms as Barry heads back to Central City. When he returns to his office, he calls Felicity and asks her out. Moments after they hang up, the accelerator explodes and Barry is struck by lightning, rendering him comatose.[2]

“I was late as usual. But, in the spirit of not being late again, if you ever decide that Oliver Queen isn't the guy for you; if you decide that, you wanna go on a date with someone else umm, you should know that, that guy, he'll be on time”
— Barry[2]

5 weeks after the accident, Felicity goes to Central City to visit Barry and stays there almost a week,[3] where she also meets Caitlin and Cisco. When trying to thwart Deathstroke's plans, Team Arrow have to blow up the Robert Queen Applied Sciences building, and Felicity has a moment where she emotionally says that this is where they first met Barry. Following Caitlin and Cisco's face-off with Deathstroke in the Starling City division of S.T.A.R. Labs, Felicity meets them to check that they're okay. She asks about Barry and mentions she'll come visit soon. Cisco tries to assuage her worry, mentioning that Barry gets a lot of visits from another girl and Felicity's immediately jealous and saddened at the thought that there's someone else competing for Barry's affections.[4]

After Barry awakes from his coma, and following Felicity and Oliver's break-up, Felicity travels to Central City to visit Barry for a few days, and the two go on a date. It does turn into an unfortunate semi-double date with Iris and Eddie, but they have fun nonetheless. Barry is frustrated with how perfect he and Felicity are for each, yet both pining for someone else and the two lovelorn bond over this before Felicity leaves. Not wanting to miss out on life, Barry runs and catches up with the train and they share their first kiss.[5]

orchestral suite no. 3 in D major, 2nd movement — air on the g string | BACH
Barry and Felicity share a dance[1]

The ship is more common in the Arrowverse fandom, although not a major pairing. Most enjoy their interactions, given that fans like to see adorable nerds interact.

The IT Expert & The Forensic Scientist

My Name Is Oliver Queen 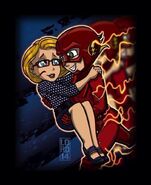 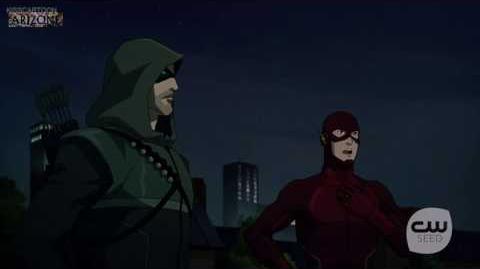 ► Barry x Felicity I couldn't lie to you anymore 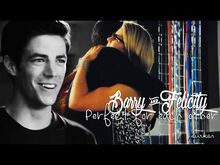 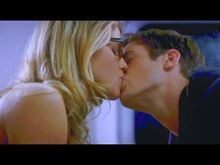 Barry and Felicity (The Flash Perfect Couple) - Steal My Girl 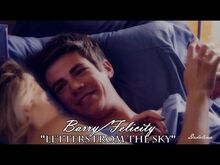 Barry-Felicity -AU- - Letters from the sky 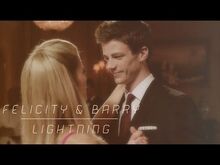 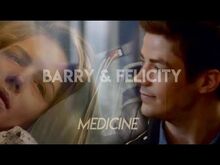 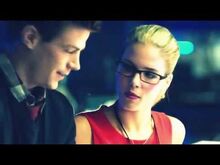 Barry and Felicity - All about us 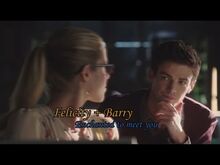 Barry + Felicity - Enchanted to meet you 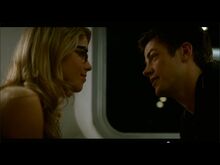 Felicity and Barry - Kiss Me -The Flash-Arrow- 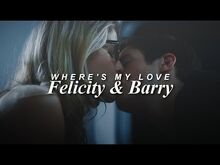 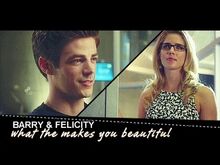 Barry & Felicity - what the makes you beautiful 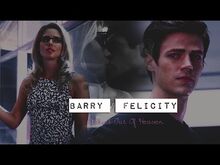 ►Barry & Felicity -- Locked Out Of Heaven 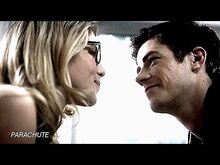 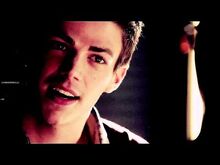