• All Love Is Unrequited
• Amazon Chaser - Beau is normally attracted to strong woman, and Jester is one of the strongest members of their group.
• Battle Couple
• I Don't Want to Ruin Our Friendship
• Interspecies Romance - A tiefling and a human.
• Love Triangle - Two: Beau-Jester-Fjord and Yasha-Beau-Jester.
• One Head Taller
• Opposites Attract
• True Companions
MOMENTS
• Closet Key - Beau's had fantasies of being this for Jester.
• Incompatible Orientation - Beau believes that Jester wouldn't consider Beau her type.

Beaujester is the femslash ship between Beauregard and Jester Lavorre from the Critical Role fandom.

Jester, Fjord and Beau are sitting at the inn when a man comes up to them and thanks them for the day before. He pays them for their services and Jester tells Beau to split up the coins as she becomes distracted by Nott and Caleb. When she's done talking to them, she turns back to Beau and asks how much silver she got. It was seven.

As Yasha leaves, Jester comments on some of her looks, and Beau suggests that she could do the same thing. Jester says that she can't do it that night, since Yasha would know that she copied her, and Beau agrees. Fjord interrupts them and asks if Molly was using magic with his cards, but Jester doesn't know. Beau asks Jester is she's superstitious. She's not and asks why Beau wants to know. Beau says that he seemed like a suspicious guy.

Jester and Fjord enter the stockade again, and a guard allows them in. They reach the cells and Fjord and Jester ask why Beau doesn't get a seat with the Lawmaster. The guard says that it was because she was uncooperative, leaving Jester confused. Beau says that it was a twitch from an old injury, Jester asking if they were making fun of her spasm. Fjord asks if they can see the lawmaster now, and the guard leaves to get her. The lawmaster arrives, and Fjord quickly apologizes and lies that Beau's sister had been in a similar situation as Toya. Jester adds on, saying that it was her adoptive sister, and Beau says that she had practically raised her. Beau says that she'd be willing to cooperate with the investigation, and indicates her bruise for a place to look for samples. Jester asks if she needs to heal it, but Beau clenches her teeth and says no. The lawmaster agrees to let Beau go free, but says that they are not allowed to leave the inn till the investigation is done, and they're escorted back.

After meeting up with the others, Beau requests that Jester use her healing spells, since she's pretty sure she broke her rib, but Jester says that she's tapped. Beau decides to sleep if off, but Jester quickly tries cure wounds, getting nothing. She gets a closer look at the bruise and starts to think it might be infected. She takes a fork and Beau tells her not to poker her with it, but Jester says that she's using the the blunt end and to stop being a baby. Ultimately it's fine but Jester still needs to sleep. Jester then heads up to bed, Beau following her and sleeping on the floor of the same room. As Jester draws to The Traveler, she wakes up Beau by giggling. She apologizes, which Beau accepts, before falling asleep again.

As they make their way to the lockward, Beau asks Jester if she remembers the name of the daughter of the man they helped. Jester checks to see if she wrote it in her sketchbook, but she didn't. They both at least remember where he lives, and Jester suggests heading there. Beau agrees, and they head to his house.

While waiting for the other's, there's Crownsguard knock on Beau and Jester's door. Jester yells to wait a moment since they're naked, and asks Beau what she should do. Beau asks if she said that because she wanted to tell her something, but Jester just wanted to make them wait. Beau likes that, since it's a power play, and asks what they should do before just deciding to sit on the bed while Jester answers the door. Jester opens the door, and the crownsguard inform them that they're still required to stay in the tavern. Jester asks the guard for their names, and they give them. Beau suggests they start a boy band or something, which Jester agrees with, and also says that the two can come play games with them tomorrow if they want. The two just leaves, and Jester says that they shouldn't have offered them to hang out with them, since they might actually take them up on it. Beau says that Jester enjoys games, but doesn't actually want the guards to take them up on it.

Nott – “What is it about [Jester]?”
Beau – “She's fun, she makes me laugh. I like her ridiculous plans. I think she's complicated and layered. I dunno.”
— The Threads Converge[2]

An average pairing for the Mighty Nein fandom, but the ship has a good following. The ship was initially more friendship based, focusing on Beau and Jester's status as roommates, but as the Campaign went on fans started to see the two as a potential romance. It steadily grew a fanbase as the series continued, particularly growing in popularity after "The Boat Talk," a conversation between the two on The Mighty Nein's ship in episode 46, during which Beau comforts Jester after a near-death experience and the two profess their love for each other.

Fics will often explore how the two start out as friends and eventually get together. Or Beau helping Jester figure out her sexuality, and realizing that they have feeling for each other. Some fans will also explore how their background parallel each other, and how they could bond over them.

Like all Critical Role ships, fans often will have to redraw the described scenes to show them visually. Some fans who do generic M9 re-creations will also occasionally push their pairing in their own works, including Beaujester. Artists are particularly fond of Beau wearing one of Jester's dresses in episode 72 and drawing the two together as roommates. Since getting tattoo's that's become a fan favorite as well.

Fans of the pairing rarely questioned if they were being queerbaited, but did often question if they were reading too much into it, given history with similar best friend femslash ships. In episode 84, when Beau checked out Jester's arms, many felt elated, but put their feelings on hold, given that Beau often made comments on women being attractive or muscular, without intention of having any kind of relationship with them. The following episode gave Jester fans and Beaujester fans a lot to chear about, as Beau confessed to Nott that she had a crush on Jester. Many queer fans were extremely happy, given history of similar pairings, that their suspicions had been confirmed. Fans were also happy with the way that Marisha portrayed the confession, given that it seemed realistic to the way real queer women feel when they have a crush on their best friends or straight women. 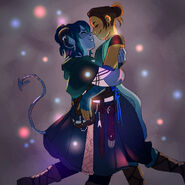 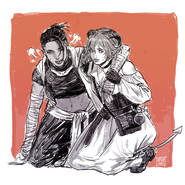 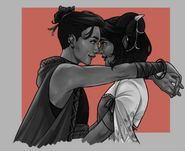 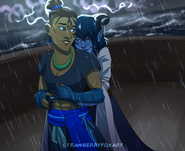 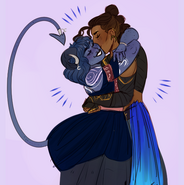 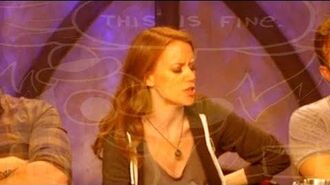 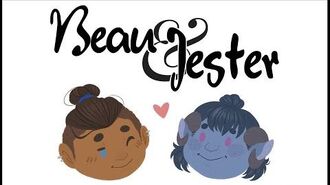 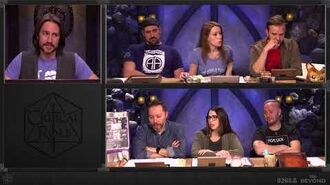 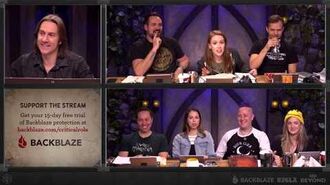 Bashter refers to the ship between Beauregard, Jester and Yasha Nydoorin