Raven's in mourning over Bellamy's death

Braven is the het ship between Bellamy and Raven from The 100 fandom.

Bellamy is the one to find Raven when she crash lands on Earth, but doesn't wake her. Once everyone realizes Bellamy destroyed the radio Raven fearlessly gets in his face and exhibits no qualms about doing so. Raven's strong disposition provides a needed counter to Bellamy's towering leadership of The 100 and he seems to recognize her prowess and strength of character.

Raven builds rockets to signal The Ark that they're alive to save the people that will be sacrificed and Bellamy is confident it'll work although he doesn't know her very well. Raven later helps ready ammunition for future Grounder attacks and after the fight at the bridge, Bellamy supports Raven to Finn, saying that her ammunition saved them. Likewise, Raven gets between Finn and Bellamy while they search the crashed Exodus ship, saying that if Bellamy hadn't come to the bridge with weapons they would all be dead. Bellamy and Raven seem to have a similar drive and mindset regarding the conflicts on the ground, possibly shaped by their shared rough upbringings. They also work well together.

After Raven ends things with Finn because of his feelings for Clarke, she sees them leave to hunt together and her hurt and frustration leads her to want to leave camp to distract herself. Bellamy comes in for ammunition and tells Raven she can't leave because it isn't safe to be out there by oneself with the Grounder attack looming. Raven is frustrated but Bellamy keeps at it and recognizes her skills and value, which inspires Raven to try and built a communications system.

“I've never been with anyone but Finn. Take off your clothes”
— Raven[2]

When Finn and Clarke don't return from hunting, Raven assumes they're together and seeks out revenge sex with Bellamy, who cautions her he's not the 'caring type'. Raven says she doesn't care, strips down, starts kissing Bellamy and they sleep together. Afterwards, Raven gets up and gets dressed immediately. Bellamy asks if it made her feel better and she says no. When Raven finds out they weren't alone, she goes with the search party and they find the third guy, Myles, who tells them Finn and Clarke were taken by Grounders. Raven is horrified and Bellamy tells her he's sorry.

“We can't just abandon our people! You wanna lead them? Show them you give a damn”
— Raven[3]

Raven tries to convince Bellamy that they should go look for them, but Bellamy refuses saying it's too dangerous and that they need to prepare for the Grounder attack. Shortly after Murphy kills Myles and takes Jasper hostage for seeing it, prompting Bellamy to ask Raven for help. After Bellamy trades places with Jasper, the latter helps Raven get in under the drop-ship and Raven manages to unlock it, just in time to save Bellamy's life. Before doing so Murphy shoots when he hears her pain cry unbeknownst to the camp and an injured Raven has to crawl out of the drop-ship herself. When she limps into camp having been shot, Bellamy yells her name and runs to her.[3]

Bellamy – “If you're looking for someone to talk you down, tell you that you're just upset and not thinking straight: I'm not that guy”
Raven – “Good[2]”

“C'mon Raven. You came down here in a pod you rebuilt yourself. You made a bomb out of a tin can. What else you got in that head of yours”
— Bellamy[2]

Bellamy – “Then give me some bullets that work”
Raven – “What do you need them for?”
Bellamy – “Your boyfriend's being an idiot[4]”

A popular pairing and one of the top het pairings for both characters.

Raven and Bellamy on The 100 Wiki
Bellamy/Raven on Fanlore

We Are Grounders (1)
Add a photo to this gallery 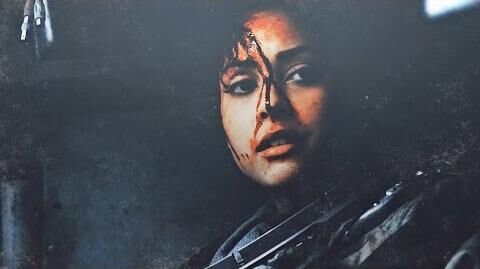 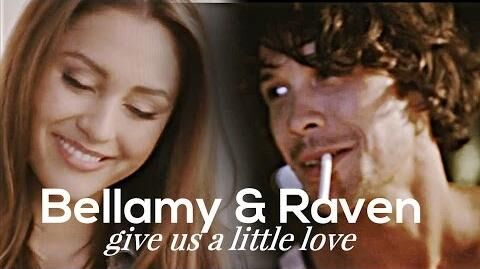 ►Bellamy & Raven give us a little love 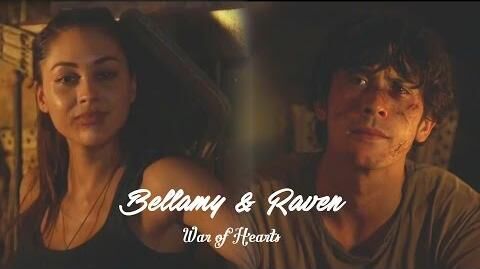 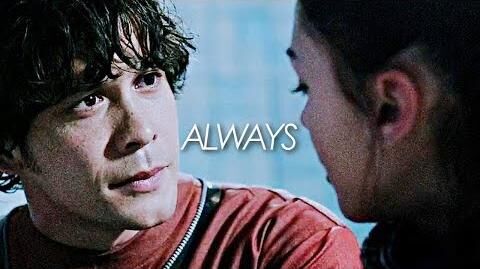 You with me? Always
Add a photo to this gallery

Retrieved from "https://shipping.fandom.com/wiki/Braven?oldid=245336"
Community content is available under CC-BY-SA unless otherwise noted.