Casey – “Look, there's so much I don't know about myself right now, but I know that I'm a protector. And if I think someone I love is in trouble, I try to help”
Izzie – “You love me?”
Casey – “Of course I love you”
Izzie – “I love you too.”

Cazzie is the femslash ship between Casey Gardner and Izzie Taylor from the Atypical fandom.

Izzie and Casey don't get off to a good start, because Izzie is a bit rude to Casey. However, they're both on the track team so they're doomed to understand each other. The moment Izzie loses her prejudices about Casey and they start to realize all the things they have in common, they become best friends. They even confessed to each other that they're one another's "new favorite person."

However, Izzie has a boyfriend who tries to kiss Casey. She tells Izzie about this, and she decides to believe her boyfriend and think it was her friend's fault. They mess with her, there is a lot of suffering as a result of this. Until on Casey's birthday, Izzie goes to the party and she apologizes to Casey, saying she was a complete idiot, and that she was "scared to lose someone I loved." Casey assures her that she would never get between her and her boyfriend. However, Izzie cuts her abruptly, clarifying that she was actually scared of losing Casey, not her boyfriend. So Izzie tells Casey that she missed her so much and promises not to ever leave her again, and Casey tells her she feels the same way. After their intimate conversation, they almost kiss, but Casey's mom comes into the room and interrupts them. So Casey goes downstairs and hooks up with her boyfriend in front of Izzie, desperately trying to deny she feels attracted to women as well, specifically Izzie.

Casey makes the decision to ignore Izzie, to not think about her feelings for her. But when Izzie sends a photo of the two of them together, they have to meet, and as they ride in the car, Casey claims that she really loves Evan, but that sometimes she feels forced to do so, because "it's the right thing to do." The two of them hold hands and try to avoid eye contact as much as possible. While they are holding hands, Evan calls and Casey hangs up the phone, as a sort of way of letting go of what she thinks is right and embracing the part she wants to explore even though it scares her.

Their dynamic remains pretty much the same with the two of them repressing their feelings for each other every time they are together, and Casey being with her boyfriend because it's the "right thing to do." Meanwhile, Izzie herself battles with her feelings by constantly calling Casey her "friend," to make sure that it's known that there's nothing more than friendship between them. While Casey tries to dress up to look good for Izzie; while she doesn't want Izzie to leave her bed; while Izzie scratching her back makes her feel a lot of emotions; and while she sleeps with her in the same bed and is unable to sleep thinking that she is right next to her, Casey keeps trying to deny they have more than a friendship, to herself.

Casey's boyfriend starts noticing that something is wrong with her, but she is not yet at the point of feeling capable of facing her own identity. Casey also starts realizing that Evan is a very good person, but they don't want or look for the same things. However, she feels she shares all that she doesn't with Evan, with Izzie. So Casey starts forcing Evan to try and be more compatible with him, which goes terribly. And at this moment, there is an argument between Izzie and Evan that makes Evan notice that Izzie understands Casey in a way he doesn't. So after their discussion with Evan, Izzie goes to apologize to Casey because she knows she's overdone it.

Izzie knows why it has happened, she knows very well why Evan's presence always makes her uncomfortable, it always bothers her to see how they kiss, she has known the explanation for a long time. So she confesses to Casey that the reason she was trying to "screw everything up" was because she was jealous because she loves Casey. So, Casey, overwhelmed with emotions and Izzie's confession, starts avoiding her.

Izzie then opens her heart to Casey once again and confesses that it sucks that she is avoiding her.

It sucks that you avoid me to begin with, I've opened my heart to you, I've been honest with you, and what do I gain? What did you stop talking to me? Even if you don't feel the same, you could still be my friend, but you're driving me crazy. Honestly, if I had known that things would get weird and that our friendship would be in danger, never in my life would I have told you how I feel, because it is more than clear that you do not feel the same at all...
—Izzie

She doesn't have time to finish her speech because Casey kisses her passionately at that moment. When they break the kiss, Casey exclaims "wow." And Izzie asks her "what now?" So the two of them decide to eat since they're hungry. Then, the two of them reminisce on all the times they were well aware of their feelings for each other, but that they didn't act on them. They both realize that they were both aware that the night in the car marked a before and after in their relationship. After that day, they both loved each other in a different way, but here neither took the step.

At that exact moment, after the big kiss, and their conversation, Evan's sister appears, and Casey remembers that she has a boyfriend and all the happiness they felt goes away. Later in class, Izzie asks Casey what exactly they are and Casey tells her that she has to talk to Evan first, so they have the breakup conversation. Casey tells him that she kissed someone and Evan then asks who. So Casey, trying really hard to hold her tears, tells him that she has feelings for Izzie. Evan seems hurt, but doesn't react badly, just asks Casey if she loves Izzie.

The next time the both of them see each other they don't even know how to say goodbye because it's obvious that they want to kiss each other, but things are still weird and they're not officially "girlfriends". And the next time they meet after this, Casey shows Izzie a drawing that her brother made for her of two gay penguins he heard about. But Izzie gets all the fears in the world when she hears the words "gay penguins", so she badly walks away from Casey who is left confused and conflicted. Suddenly, a friend of hers arrives and talks to her. And Casey tells her that she's confused because she misses Evan, but she feels that being with Izzie is so exciting and kissing her was amazing, and that when they're alone, it seems like there's only the two of them. But she also says that whenever there's people around, Izzie becomes scared to be around her. Casey feels conflicted by the fact that all the things she could do with Evan as a perceived heterosexual couple is something that she can't do with Izzie if she doesn't feel comfortable showing their love in public in fear of the bigotry they might get from people.

While she's having all those feelings Izzie gets to apologize. And she tells Casey that she's still figuring herself out, but that she is sure of her feelings for her since she found spending the night in Casey's room the other night was something she thought was really nice. She also tells Casey that she likes being around her, to which Casey agrees.

However, Izzie has to apologize to Casey again some days later when one day when the both of them attend a party, where they dance in the sexiest way you can imagine in the world, Izzie gets scared and moves away from Casey and ends the party hooking up with a random guy. She ends up apologizing to Casey at school, but Casey tells her that she's sick of her apologies, since she gives her hope and then "plays her." Izzie insists that she really likes her, but Casey still doesn't believe her. So Izzie kisses her in the middle of the hallway as a way of telling her that she cares enough not to worry about what people will say about her.

Casey and Izzie are dating and spend most of their free time together. Casey invites Izzie to go with her to an LGBT+ meeting at their school and both of them listen to people's experiences while also being able to be open about theirs. After finding out that Izzie doesn't know how to ride a bike, Casey plans a date for her to teach Izzie. But things get complicated when Izzie ends up falling and hurting herself. However, the two of them end up laughing and kissing passionately.

Casey also supports Izzie's protest to change the arbitrary gendered dress code at their school. But this brings them some trouble as the principal calls them to his office. Since they're both there with a scholarship, they fear they might get expelled since they really want to go to UCLA. But the principal ends up telling them that they just got a warning for now, because he really liked their courageous act. However, Izzie realizes that she has been suspended, while Casey doesn't. But Casey supports throughout all the days she's suspended, bringing her homework and comforting her.

Later on, when Casey freezes during her track meet and enters a long depressive state, Izzie turns to Doug to help encourage her to continue running. Rather than agree with Izzie, Doug furiously lets Izzie know much of how a hindrance she is and how Casey would essentially be better off without worrying about her constant issues. Upon hearing these words, Izzie takes it upon herself to break up with Casey, believing that Casey would be much happier without her.

Following the breakup, Izzie feels like a burden and Casey feels like she can’t handle the weight of what everyone, including her girlfriend, expect her to be. But once Casey learns how to advocate for what she does and doesn’t want, and once she finds out that her father was the person making Izzie feel like a burden, she quickly goes to her girl and lets her know she is fully capable of deciding what is and what is not good for her, and she decides that Izzie is certainly what is best for her. In the end, the two finally get back together, making a vow to go to the same university and to stay together. 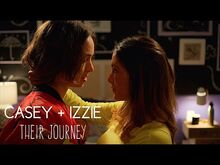 Casey and izzie - their journey 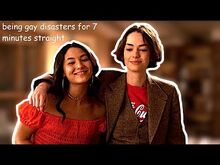 Casey and izzie being bi & lesbian disasters for 7 minutes straight 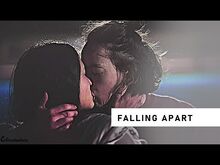 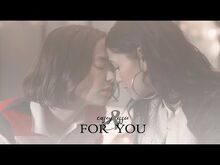 Casey & izzie - i still need you 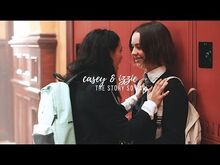 Casey and izzie - their story - part 1 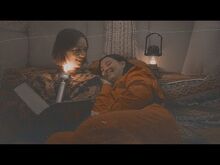 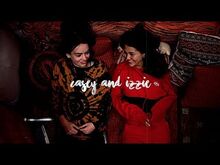 Casey & izzie - you are not what i expected 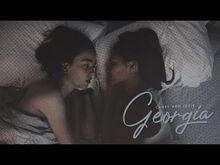 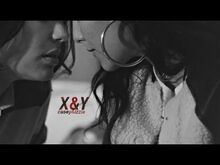 Casey&izzie - I wanna love you but I don't know if I can.
Community content is available under CC-BY-SA unless otherwise noted.
Advertisement