“Will it really give you the hope you're looking for? I can't say I ever saw it that way... Which is why... Actually, it's not important.”
— Celestia to Kyoko

Celesgiri is the femslash ship between Celestia Ludenberg and Kyoko Kirigiri from the Danganronpa fandom.

Both Kyoko and Celestia have very little interactions in canon. Mostly because Kyoko spends time more with Makoto during investigations while Celestia spending more time with Hifumi while getting served by him. They are also former classmates and students of Hope's Peak Academy.

During the end of the third class trial, it was revealed that Celestia was the murderer of Hifumi and Kiyotaka. She bid everyone farewell and hoped they will meet again in the next life. Before she left the court room, Celestia handled Kyoko a key to the locker where Alter Ego was hidden after Celestia had stolen it. Kyoko, along with Naegi, used the key and found Alter Ego to learn more about Hope's Peak's secrets and finding a way to get out of the school.

Both girls are also very similar to one another. Both were stoic girls who adapted to their new environment and Monokuma's rules quickly. However, it's later revealed that Celestia is not so stoic after all and was only pretending to be calm about their current situation. Celestia was also one of the people who most agreed with what Kyoko proposed in game. They are also known to be intelligent during class trials and would even make conclusions in regards to the murderer.

Celestia – “Actually, there is one exception amongst you. One person I legitimately relate to.”
Kyoko – “Wait, what? No.”
Celestia – “Kyoko, you're just as cynical and done with everybody's shit as I am. I love that about you.”
Kyoko – “Stop this. Stop this right now.”
— Celestia saying she relates to Kyoko, with the latter not returning her feelings, in the sixth episode of Danganronpa Abridged Thing.[1].

Celestia – “If you're ever in Hell, hit me up. I'll show you a good time.”
Kyoko – “I have no intention of going there.”
Celestia – “Oh, I hardly think you have a choice in the matter.”
Kyoko – “What?”
— Celestia offering to show Kyoko a good time in Hell, in the sixth episode of Danganronpa Abridged Thing.

Celesgiri became one of the most popular femslash ships from the Danganronpa fandom. Kyouko and Celestia are often shown by the fans as having a crush on each other, as seen from the story.

Part of the reason why they're shipped together is that both are mysterious and stoic girls. The ship was further fueled by the scene in Danganronpa: The Animation where Celestia holds Kyoko's hands before her execution. Although the scene was not meant as romantic, as Celestia was merely giving her a key to the locker in which she had hid Alter Ego and trying not to catch Monokuma's attention to it, the visuals of the scene alone made many fans interpret the scene as a ship tease moment.

A fan series, Danganronpa Abridged Thing, also played a role, with Celestia claiming Kyoko is the only person she relates to and loves how cynical and "done with everyone's shit" she is. It further fueled the ship, even though Kyoko didn't seem to return Celestia's feelings. 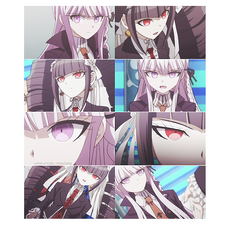 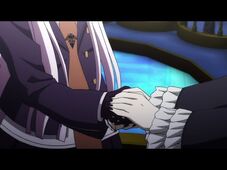 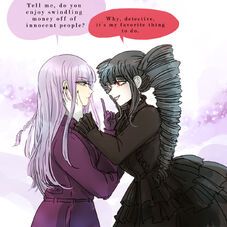 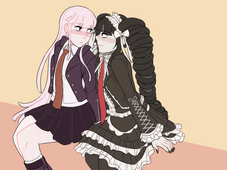 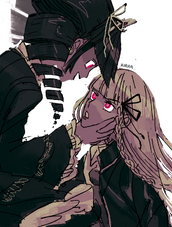 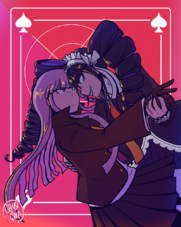 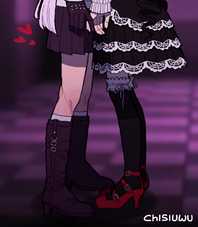 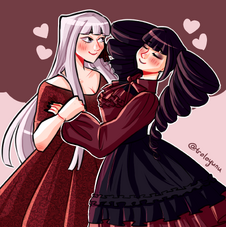 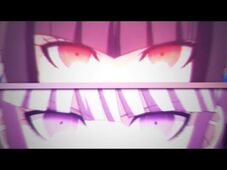 Celesgirizono refers to the ship between the two and Sayaka Maizono