Friends, all are dead

Chishimondo is the polyship between Mondo Oowada, Kiyotaka Ishimaru and Chihiro Fujisaki from the Danganronpa fandom.

In Chapter 2 of Danganronpa 1, Kiyotaka and Mondo became best friends after their competition in the sauna. In the same chapter, Chihiro wanted to get stronger and to start training with Mondo, the embodiment of a strong man he aspired to become. To do so, he had to reveal his secret of actually being a boy. Unfortunately, showing a will to overcome his weakness triggered Mondo's inferiority complex, which resulted in the Ultimate Biker Gang Leader accidentally killing Fujisaki in a moment of rage. During the Class Trial, Kiyotaka defends his best friend more than he defends himself. In fact, the Bullet Time Battle is against Kiyotaka instead of the culprit himself. Taka also votes for the wrong person as a blackened, refusing to believe his "brother" could kill someone. After the verdict, Kiyotaka begs Monokuma to wait with the execution. After the execution, Taka screams in pain several times.

In the following chapter, Ishimaru is in a broken state, not responding to anyone around him. This changes once the students find Alter Ego. After being asked to do so by Kiyotaka, Alter Ego shows him what Mondo would've said to him after his death. This changes Taka's behavior, who from this point onwards becomes "Kiyondo", a sort of "fusion" between himself and his deceased best friend. Kiyotaka also develops a liking for Alter Ego, believing it's his "bro", Mondo, which results in a conflict with Hifumi Yamada, who believes Alter Ego is his "waifu". Celestia uses this as a part of her case, framing Kiyotaka for stealing Alter Ego among the other things, and fueling Hifumi's new dislike for him to the point he agrees to kill him.

The ship sailed with the Chapter 2 of Danganronpa 1 where Kiyotaka and Mondo became friends and where Chihiro was going to start his trainings with Mondo. Chihiro and Kiyotaka's main interactions being with Mondo also helped. What fueled the ship the most were the polar opposite dynamics, with Mondo being the delinquent type and Kiyotaka being a "following the rules" type of nerd, as well as Mondo being the strong man type and Chihiro being the weak boy type.

Some fan fictions like to use the idea of Chihiro and Mondo actually getting to train together, and also include Kiyotaka in their trainings as well.

The ship seems to be acknowledged by the creators who often include the three together on official images, which further fuel the ship. 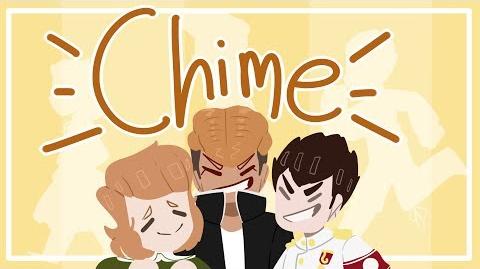 Retrieved from "https://shipping.fandom.com/wiki/Chishimondo?oldid=199791"
Community content is available under CC-BY-SA unless otherwise noted.