Chisuke is the het ship between Chisa Yukizome and Kyosuke Munakata from the Danganronpa fandom.

Despite his coldness, Kyosuke has a strong relationship with Chisa. Kyosuke grew close to her during their time as classmates at Hope's Peak, and they maintained a strong relationship even after they graduated. He noticeably cares about her well-being, and doesn't want Chisa to push herself. He often values her opinions and discusses things that concern him with her. Chisa is the one person Kyosuke trusts the most, aside from Juzo.

While Chisa has romantic feelings for him, Kyosuke acts more distant and never showed any obvious signs of being in love with Chisa. However, when Chisa is killed, Kazuo claims Kyosuke's love for her had driven him mad. This was also confirmed by Kodaka in their Blu-Ray extras profiles. She is also the person he cares about most. Despite his closeness with her, Kyosuke stays formal and often refuses to call Chisa by her first name, even when she asks him to. However, when Chisa is murdered, Kyosuke returns to her body only to stab her again. Before leaving, he calls her by her first name, giving into her request.

Later, when talking to Makoto about his relationship with Kyoko, Kyosuke compares Makoto's feelings for Kyouko to that of his for Chisa's. Because of how he phrased his words, it's very likely Kyosuke had romantic feelings for Chisa. Junko also calls him Chisa's 'lover' whilst recapping the series events in Future Arc episode 12.

Upon learning that Chisa had become a member of Ultimate Despair, Kyosuke felt betrayed, but couldn't bring himself to feel sad over her own death, let alone hate her for what she did. He decides to blame despair instead for taking her away from him and subsequently falls to insanity and despair himself. It wasn't until Makoto, following Kyouko's apparent death, confronts and tells him that even if Kyouko had fallen into despair that he would still be glad to have meet her nonetheless. At that point, Kyosuke remembers Chisa and subsequently allows himself to properly grieve over her loss. He wonders about the circumstances that led to Chisa falling into despair, as he wasn't present when Chisa was brainwashed. It's evident that no matter what Chisa had done, Kyosuke still truly cared for her.

This ship is quite a base-breaker among the fandom. Some fans remained loyal to it, liking their dynamics of a brooding boy and gentle girl. Some fans abandoned it for Juzosuke and/or after it was revealed that Chisa was secretly manipulating Kyosuke after being brainwashed to become an Ultimate Despair. Some fans like both this ship and Juzosuke, resulting in Juzosukechisa. 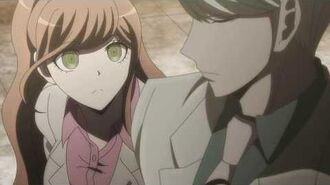 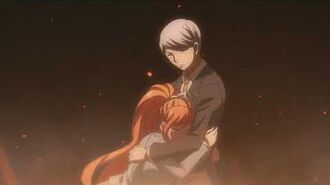 Class 74th Trio refers to the ship between Chisa, Kyosuke and Juzo Sakakura

Retrieved from "https://shipping.fandom.com/wiki/Chisuke?oldid=237503"
Community content is available under CC-BY-SA unless otherwise noted.