Cheryl and Toni at Riverdale Wiki

Choni is the femslash ship between Toni and Cheryl from the Riverdale fandom. 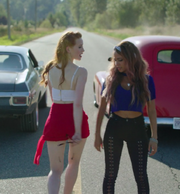 Cheryl and Toni meet at the Ghoulies vs. Serpents drag race as Cheryl takes over the flag prompt from a bemused, but nonchalant Toni. Their later re-introduction goes far worse as Cheryl demeans the Southside High students, who have been transferred to Riverdale High following the closure of Southside High. Following Jughead's article, Toni, inspired by her grandfather, leads the protest against Pickens Day, the celebration of a man who slaughtered the indigenous Uktena people who have the rightful claim to Riverdale and today exist as the Serpent community. Cheryl's mother confirms the horrible crimes of General Pickens at the behest of her great-great-grandfather, Barnabas B. Blossom, and Cheryl, horrified at this, goes and stands with the Serpents in protest. Taking a stand against her family's gruesome acts, Cheryl looks on in reverence and admiration as Toni speaks.

When Cheryl lashes out at the core four, Toni calmly confronts Cheryl and sees beyond Cheryl's defences. Cheryl balks at Toni's kindness, but starts letting her guard down when Toni persists in knowing the pain behind Cheryl's evil facade. Cheryl opens up to Toni and shares with her how Cheryl fell in love when she was younger and Penelope branded her a deviant, tearing Cheryl from her love Heather and crushing her as she began to hid her true feelings. Toni tells Cheryl that Penelope is completely wrong and that Cheryl is deserving of love and Cheryl lets herself receive Toni's comfort.

Cheryl and Toni start hanging out at Thistle House and are very flirtatious around one another. Cheryl asks Toni to be her emotional support at her late father's will reading, where she faints when her late father seems to enter the room. Cheryl finds out that it's her long lost uncle and keeps Toni around, inviting her to family dinner. Cheryl invites Toni to join the River Vixens and confesses to her inner circle that she's afraid to be alone in the house, fearing for her life in the face of her mother and uncle's scheming. Toni is sympathetic and Cheryl admits that she had to invite several girls over for a slumber party to have Toni over in the house. They almost kiss, when a loud crash wakes and scares everyone.

The attempt on Nana Rose's life has Cheryl confess to Toni that she fears she might be next. Toni later goes looking for Cheryl at Thistle House and is told by Penelope that Cheryl's been sent off to a Swiss boarding school.[1] Toni is sure Cheryl's in danger and enlists Josie and Veronica's help in confronting Penelope, but to no avail. Nana Rose calls Toni at school to inform her that Cheryl's with the 'Sisters' and Veronica figures out that it's the Sisters Of Quiet Mercy.

With info from Kevin they lead a rescue mission through a secret tunnel leading to the facility and break into the screening room where a despondent Cheryl dares not think that Toni has really come to her rescue. Shaken out of her reverie, Cheryl runs to Toni and hugs her and they also kiss for the first time, before escaping with Veronica through the tunnels. Following her ordeal, Cheryl's out for vengeance, but oddly relaxed given what she's been through and happy to be with Toni, at school, out in the open.[2]

During the musical episode, as Cheryl stars as the lead, she and Toni hang out and enjoy themselves, until the murder. When Cheryl's pulled out of the musical by her mother, with Toni's encouragement, Cheryl stands up to Penelope and takes Thistle House for herself and Nana Rose.[3] Following Midge's death, Cheryl sings at her funeral and is livid, giving a speech where she states that she is adamant at finding whoever's responsible. Meanwhile, Toni and the Serpents get busy protecting Fangs once it's publicised he was having an affair with Midge. They escort him out when he's released from prison to protect him from an angry mob, but Fangs is shot.[4]

Cheryl's attacked by the Black Hood at her house, but manages to get out to her quiver and shoots him in the shoulder with an arrow, leading the Black Hood to flee. During the chaos of the Riverdale riots, Cheryl is contacted by Jughead who needs her help. Penny abducted Toni to threaten Jughead and he rushes to save her, with Cheryl in tow. Toni is released and she and Cheryl huddle together, relieved to be together again. The three of them go to the Whyte Wyrm, where Cheryl seems to join in allegiance with the Serpents. They later witness FP carrying a limp, beaten Jughead and are horrified. Luckily, Jughead is fine in the hospital, and Cheryl sets the legal emancipation from her mother in motion with Attorney McCoy, providing her with Nana Rose as her legal guardian.

Cheryl learns from Penelope that the Whyte Wyrm is being raided and warns Toni, Jughead and Archie. They all escape in time and seek refuge at Fred Andrews' house. Toni puts forth that Cheryl be honoured for rescuing the Serpents and Cheryl is made an honorary Serpent, receiving a cherry red Serpent jacket from new Serpent leader Jughead, as Toni proudly looks on.

Following the harrowing years she's had, Cheryl and Toni motorbike across country together for three months. They return in time for Cheryl to throw a last day before summer ends pool party, where she tells Toni for the first time about what happened at Sweetwater river in the winter. Cheryl tells Toni she lost hope - that Archie saved her life and she wishes she could do something to help him stay out of prison. Once Fangs gets intel that the Ghoulies have Hotdog, Toni and Cheryl join the Serpent boys and Betty on a mission to retrieve him. They walk into a trap and to protect Jughead, Cheryl shoots an arrow in Malachi's shoulder as a warning and they manage to get Hotdog.[5]

“I didn’t want to invite all the girls tonight, but I knew my hideous mother would never allow me to invite just you, it's just ... what I crave”
— Cheryl

Cheryl – “I loved someone who loved me and my mother destroyed it. She said I was deviant”
Toni – “You’re not loveless. You’re not deviant, okay? You’re sensational”
— Cheryl comes out

Cheryl – “Listen up, Ragamuffins. I will not allow Riverdale High's above average GPA to suffer because of classrooms that are overcrowded with underachievers. So please, do us all a favor, and find some other school to debase with your hardscrabble ways”
Toni – “Why don't you come over here and say that to my face?”
Cheryl – “Happily, Queen of the Buskers”
— Toni vs. Fascist Barbie

Toni – “Uh, I usually do the honours”
Cheryl – “Not today, Cha Cha. I was born for this moment”
— Introductions

Although people hoped for the possibility of this relationship when it was announced that Toni Topaz was joining Riverdale, it dissipated once Cheryl's coming out story became an unhealthy 'Psycho Lesbian' trope, and included Cheryl targeting the black characters on the show; Josie, Chuck and Toni. Cheryl was, as she is with everyone, verbally abusive towards Toni from the beginning. At first Toni's willingness to look past this was perceived by some as the character's maturity, but after they started dating Toni was reduced to a sidekick, acting out of character. The bigger breaking point came when Toni learned that Cheryl had been terrorising, stalking and gaslighting Josie, and Toni didn't care/react at all.

There are still people who ship it, but it is not clear whether this is because they are not aware of the toxicity of the relationship, or if it's a case of white people not understanding how damaging and repulsive Cheryl's treatment of Josie, Chuck and Toni is, especially since she suffers no consequences from her actions. The relationship has only continued its negative course, with Toni suddenly starting to rob rich people with her rich girlfriend 'for fun', despite being from a poor part of town and previously identifying societal struggles and protesting them. Cheryl also started displaying abusive behaviour out of fear of losing Toni by trying to limit Toni's social life and life in general outside of Toni's relationship with Cheryl, which is textbook abuser behaviour. This led to Cheryl lashing out by breaking up with Toni, then proceeding to verbally attack Toni in public, as well as physically. Despite this, the show put them back together, showing no regard for Toni's safety and wellbeing.

The fandom has only recently become increasingly aware of the abusive relationship that this is, but a large part is still maintaining that it's not, most likely due to the show not understanding what it is writing. The danger of advertising this relationship as 'representation' of an LGBTQIAP+ relationship seems to evade the people who write this show, as well as the media who unabatedly continue to promote the relationship positively.

Cheryl/Toni on Fanlore
Cheryl and Toni at Riverdale Wiki 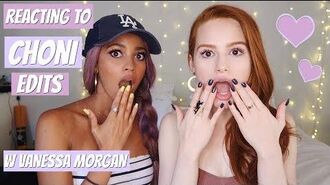 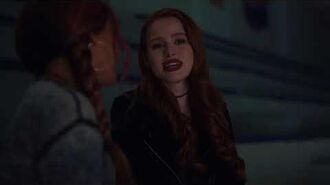 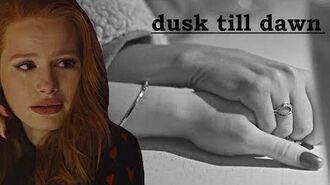 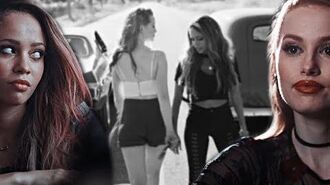 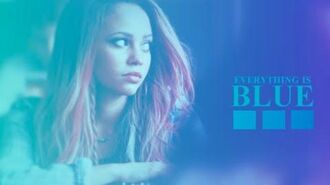 Retrieved from "https://shipping.fandom.com/wiki/Choni?oldid=161181"
Community content is available under CC-BY-SA unless otherwise noted.