Chosie is the het ship between Josie and Chuck from the Riverdale fandom.

Chuck asks Josie out in December of their sophomore year, when Chuck returns from his one-month suspension after having been thrown off the football team for sexual harassment. Josie says no, because of his prior behavior, and calls him a misogynist. When alone one evening at Riverdale High, practicing her music, Josie, on her way out, gets scared of being followed and runs into Chuck. She asks him to give her a ride home and he obliges, with the condition that they can make a stop. They sit in a booth at Pop's, with Josie playfully telling Chuck that he better not think it's a date. Chuck explains to Josie that he's trying to better himself and she scoffs, until Pop Tate confirms it with a random comment.

Chuck asks Josie to dance and she agrees. They sweetly twist away in Pop's Chock'Lit Shoppe with other customers cheering them on, having a great time. They're interrupted by a fuming Mayor McCoy who drags Josie away, but not before berating Chuck and calling him an awful person, with Josie looking at Chuck apologetically. Although Josie already asked Chuck if he was the stalker leaving notes in her locker, which he wasn't, egged on by Cheryl Josie accuses Chuck when she gets a scary note and a pigs heart in a box. Chuck is taken away by Sheriff Keller and although Josie doesn't really think it's Chuck, her fear of what's happening leads her to falsely accuse Chuck.

People loved the combined redemption for Chuck and Josie's first (and unfortunately only) real prominent storyline in the season. They had great chemistry in their short scene and fans enjoy the ease with which the characters came together, although it was quickly and brutally cut short. People still like the idea of them together, although they never got scenes on the show again as the pairing, like Josie, was afforded no screen time. With Josie moving to Katy Keene, fandom has expressed hope that Chuck can guest star and they can have another chance at their romance. 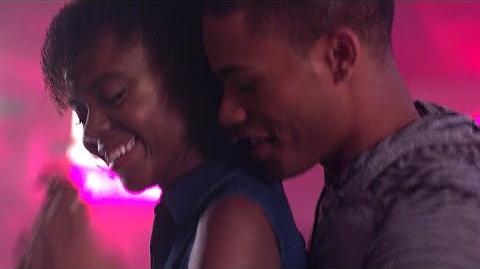 Retrieved from "https://shipping.fandom.com/wiki/Chosie?oldid=183306"
Community content is available under CC-BY-SA unless otherwise noted.