Chad and Ryan don't interact at all in the first movie, but have multiple moments together in the second movie. There's tension between them at the start of the number "I Don't Dance", but are getting along by the end.

Shipping tends to happen when those who had watch the films as a child re-watch them again and noticed chemistry between the two during "I Don't Dance". Ryan being coded gay also adds fuel for the shippers.

Chad also wears a shirt in High School Musical 2 with the text "He did it." written on it in capital letters. Some see this as Chad celebrating Troy and Gabriella's kiss. However, due to the fact that Chad is seen wearing it after Ryan's talent show, Chyan fans see it as Chad celebrating Ryan winning the talent show. [3] 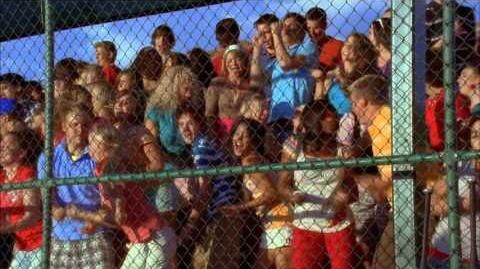 Are They Gay? - Chad and Ryan from High School Musical
Add a photo to this gallery

Retrieved from "https://shipping.fandom.com/wiki/Chyan?oldid=247498"
Community content is available under CC-BY-SA unless otherwise noted.