Psychotic Princess, The Princess and the Cockroach

Clarke – “You can cook? ... (in disbelief) You can read”
Murphy – “I know what you're thinking, Clarke: why are all the good ones taken”
— Domesticity

Clarphy is the het ship between Clarke and Murphy from the The 100 fandom.

Clarke and Murphy meet on the ground after landing in the drop ship and it's not a happy moment. Murphy's part of Bellamy's militia and terrorises everyone, including harassing Wells until Finn stops him. Murphy hates Clarke on principle as she differs from the rest by being one of the rich kids, calling her Princess as a lot of the others also do.[1] Murphy and Bellamy agree to tag along to save Jasper so they can get Clarke's wristband and Murphy's very antagonistic, almost looking for a fight at every turn.[2]

Following Wells's death, people assume Murphy is the culprit as his knife was found near the site of the murder and he both threatened and fought Wells. As everyone hates Murphy and he's harassed a lot of people, it escalates into a group of people wanting to hang Murphy as punishment for Wells's murder. Clarke tries to stop everyone to no avail, but Charlotte confesses just in time for Finn to save Murphy. Following this Murphy swears to kill Charlotte and hunts her down as she has escaped with Finn and Clarke. After Charlotte jumps off the cliff, Bellamy tries to beat Murphy to death. Clarke saves his life saying they're not like The Ark, but decides that they should banish Murphy.[3]

When he returns having been tortured by the Grounders, Clarke cares for his physical wellbeing and keeps Bellamy from attacking Murphy. After Murphy gets sick and they realise they're suffering biological warfare, he gets better and starts helping out. Clarke acknowledges Murphy's contributions, which seems to make Murphy feel better about the camp. Although Clarke doesn't trust him, she says they could need more people to help out and it's because of her that Murphy's allowed to stay. Clarke also makes a point of saying that while she doesn't trust Murphy, she believes in second chances.[4]

Clarke doesn't know of Murphy's murders until she and Finn make it back to camp, seeing a shot Raven and being told it was Murphy who has scarpered.[5] After Clarke escapes Mount Weather and returns to Camp Jaha, she learns that Murphy survived and that he, along with Finn, has gone on a mission to find her and the other delinquents. When Abby bans them from going after Murphy and Finn, Clarke sneaks out with Raven's help alongside Octavia and Bellamy, and they find them at a Grounder village after Finn's murdered a bunch of people.[6] Back at Camp Jaha, Murphy tells Clarke that he and Finn were cleared of all charges per the terms of their being sent to Earth.[7] Following Finn's sentencing, security at camp is reinforced and Murphy is also given a weapon. Murphy tries to offer his assistance, but Clarke refuses, stating that she blames Murphy for the Tondc massacre, as he didn't manage to stop Finn from killing people. Murphy calls bullshit on being Clarke's scapegoat and shoots back that she ought to blame herself since Finn was looking for her.

The Delinquents come up with a plan to hide Finn and they venture to the dropship, with Murphy, who was invited by Raven. Clarke is attacked by a Grounder and Finn carries her into the dropship, where Murphy helps tend to Clarke's injury. They realise the Grounders have found out that Finn is at the dropship and have surrounded the group. While coming up with a plan, Raven suggests offering Murphy up in Finn's stead, seeing as how Murphy was at Tondc too and is already a murderer. Murphy's disgusted by this and, despite their animosity, Clarke argues against Raven's willingness to just offer up Murphy's life. Finn refuses to let it happen and gives himself up to the Grounders.[8] Following Finn's death, Murphy's assigned maintenance jobs at Camp Jaha and nobody will talk to him. He decides to join Jaha's mad quest to find the City of Light and leaves the camp behind.

Clarke and Murphy is a rare pair in the fandom, although they are part of the core group of people who have played a big role in all 6 seasons. Murphy was mostly an outlier character for the first 2 seasons and so multiple ships with Murphy only really started to gain popularity beginning in Season 3, which is when Clarke and Murphy spent a lot of time together, too. 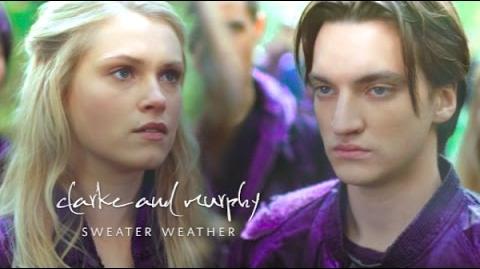 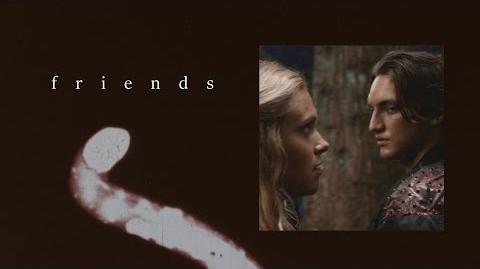 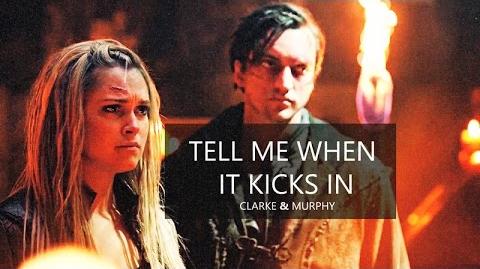 Clarke & Murphy Tell me when it kicks in 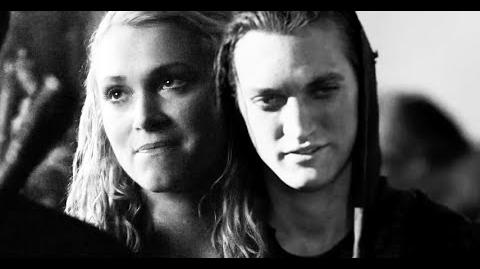 Retrieved from "https://shipping.fandom.com/wiki/Clarphy?oldid=134616"
Community content is available under CC-BY-SA unless otherwise noted.