Clark Kent and Lex Luthor have a complex relationship that began as a close friendship, moving steadily to become mutual enmity. When first meeting and getting to know each other, they often bonded over being the odd ones in a town like Smallville, seeking each other out for advice. Jaded by his father's upbringing, Lex seemingly saw Clark as the personification of everything a person should be and a direct contrast to his own destructive and self-serving youth. He also idolized Clark's relationship with his father, seeing it as something he would love but would never obtain with his own father, even sharing his regrets about his relationship with his mother with Clark.

Clark viewed Lex as worldly and informed; easily misjudged and intriguingly out of place in the small country town. Clark was impressed with Lex's experience and maturity. He frequently took advice from Lex, particularly concerning the troubles in his love life, as he yearned for Lana Lang, despite her dating a boy named Whitney Fordman. Lex often went out of his way to help his young friend win the heart of his childhood crush, Lana Lang, even when Clark didn't ask for his help. He actively prodded Clark into being more assertive with Lana, because he felt this was what a good friend did. Lex said he considered Clark much like a younger brother, trying to use his influence to improve Clark's quality of life.

Clark's secrets were a central and contentious element between the two men as they eventually drifted apart and became enemies. Although Lex did not exactly know the entire story behind Clark's alien origins, he knew there was something odd about his friend from the moment that Clark saved him by pulling him from the river following a car accident. Lex was sure his car had hit Clark, and was immediately doubtful of Clark's claim that he dove in after Lex. Lex gave Clark the opportunity to share his secret on his own terms as their friendship grew, but often could not resist asking Clark prying questions. Clark used a temporary loss of his powers to "prove" his vulnerability. Nevertheless, Lex's curiosity was not that easily satisfied.

Other factors contributed to driving them apart over time, such as Lex Luthor's father, Lionel Luthor. Lionel Luthor exhibits all the classic examples of being an narcissistic parent. Typically narcissistic parents are exclusively and possessively close to their children and may be especially envious of, and threatened by, their child's growing independence.The result may be what has been termed a pattern of narcissistic attachment, with the child considered to exist solely to fulfill the parent's wishes and needs. Commonly parents attempt to force their children to treat themselves as though they are their parents' puppets, or else be subject to punishments such as emotional abuse.

Within the realm of narcissistic parenting, personal boundaries are often disregarded with the goal of molding and manipulating the child to satisfy the parents’ expectations. Throughout the earlier seasons he could be seen trying to control Lex's life. Going so far as to close the factory that Lex was in charge of, just so that the entire town would turn it's back on Lex Luthor and force him to leave. He also didn't approve of Clark Kent's friendship with his son. Later on, he was apparently cured of his narcissism and became "reformed", although there were many who doubted that he was truly reformed.

Lex's struggle with his dark side and failed attempts at trying to do the right thing was another contributing factor to the dissolution of his friendship with Clark, as was what eventually became Lex's unhealthy obsession with Clark. He collected everything on Clark Kent, which he kept in a large room. The room was like one giant stalker shrine to Clark Kent. Clark was understandably unnerved and upset by the room when he found it.

Other people also plotted to drive the wedge between them apart, as well. There was Brainiac, who posed as a human professor named Milton Fine. He took advantage of the underlying mutual mistrust in Clark and Lex's friendship to seed doubts about each other by planting clues about what the other one was really doing to make it seem like they were hiding things from each other. Brainaic duped the two of them into believing that the other one was a dangerous would-be conqueror who needed to be stopped at all costs. He compared Lex with violent dictators like Stalin, Hitler or Napoleon, which prompted Clark to defend Lex at the time. However it was enough to make Clark wonder about Lex. Meanwhile, Lex finally discovered the truth about Clark Kent, having been manipulated by Brainiac. Lex used an orb to track down the Fortress of Solitude, where he confronted Clark. As Clark tried to reason with Lex, it became clear that Lex felt it was his destiny to defeat "The Traveler". Lex expressed disappointment that Clark had never trusted him with this secret, as he felt that he could have helped Clark become a hero, but Lex's actions had proved to Clark that he couldn't be trusted.

“We have a future together, Clark, and I don't want anything to stand in the way of our friendship.”
— Lex to Clark Kent; Pilot

“Clark Kent and Lex Luthor. I like the sound of that.”
— Clark to Lex; Red

Clark – “Lex, if this friendship was so important, why'd you lie to me for so long?”
Lex – “I don't know, Clark. There's a darkness in me that I can't always control. I'm starting to think that's my curse, why every relationship I have ends badly.”
Clark – “We all have a dark side, Lex.”
Lex – “Yeah. But I can feel mine creeping over the corners. Your friendship helps keep it at bay. It reminds me that there are truly good people in the world. I'm not willing to give up on that.”
— Devoted

“I don't know, Clark. You were the only real friend I ever had, but somewhere along the way, you saw me as your nemesis and turned your back on me.”
— Lex; Nemesis

Lex – “Clark, the days of you barging into my home to give me sage advice is over.”
Clark – “Lex, don't bother trying to cover it up. The days of me believing your lies are over.”
— Aqua

Clark – “Lex.”
Lex – “still say it the same way: astonishment mixed with a hint of dread but with a hopeful finish.”
— Finale, Part 2

“Our story hasn't been written yet, Kal-El. And every villain is only as great as his hero. But, you see, that all relies on you saving us from the coming Apocalypse.”
— Lex, Finale, Part 2

In Fanon, Lex Luthor tends to be slightly flanderized, being portrayed as more of a stoic woobie than being outright evil or having a very dark nature like in canon. This is due to the fact that most fans tend to be more sympathetic towards Lex than they are typically other characters on the show, because Lex has an controlling narcissistic father. In contrast, Characters like Lana Lang tend to act and look worse than they did on the show, due to a popular dislike of the character. In many Clex fanfics, Lana is often portayed as a screeching harpy who Clark passes up in favor of Lex.

Some of the tropes often used in most Clex fanfics:

- Fix-it fanfics. Many fans often don't like how an episode or an entire season turned out, so they set out to fix that. The most common type of story there is. and naturally this ends in Clex...

- Alien!Clark: Clark succumbs to his primal alien urges, exhibits pon farr-like behavior. Or, this is simply used as an excuse to make him exhibit unusual mating rituals, be into werid kinks, and so on forth.

- Speaking of Alien biology, this also often leads to Mpreg.

- The reveal. Where Clark chooses to reveal himself as an alien to Lex, or Lex finds out by accident.

- Hurt-comfort. Scenes where Lex gets injured, and it's Clark to the recuse. Sometimes it's Clark who needs taking care of instead.

- Dark fics. Where instead of Lex being turned to the good side thanks to Clark, it's Clark that gets pulled over to the dark side because Lex's a corrupting influence...

- Under the influence--tons of Red Kryptonite fan fics out there, and with good reason...

- Immortality --- it was often strongly implied on the show that Clark would live forever, outliving most of his family and friends. But what Clark didn't know, is that the same applies to Lex Luthor too.... often used in Future fics.

- reconciliation. From friends to enemies, enemies to loved ones....

- aging up and down characters.

- Character transformations. Turned into animals/children/etc for a day or a week, ends up being taken care of by the other character. cue both parties seeing a new side of each other that they've never seen before. 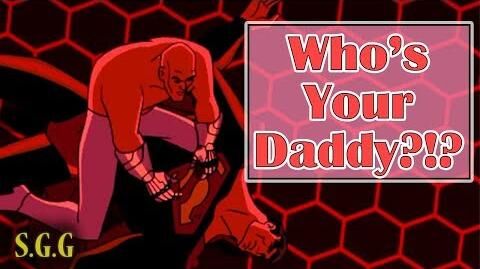 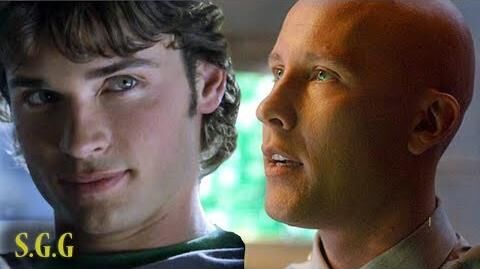