Clark Kent and Lex Luthor have a complex relationship that began as a close friendship and moved steadily toward mutual enmity.

In early seasons, they often bonded over being the odd ones in a town like Smallville. And often went to each other for advice. Jaded by his father's upbringing, Lex seemingly saw Clark as the personification of everything a person should be and a direct contrast to his own destructive and self-serving youth. He also idolized Clark's relationship with his father, seeing it as something he would love but would never obtain with his own father, even sharing his regrets about his relationship with his mother with Clark. Clark viewed Lex as worldly and informed, quickly misjudged and intriguingly out of place in the small country town. Clark was impressed with Lex's experience and maturity. He frequently took advice from Lex, particularly concerning the troubles in his love life, as he yearned for Lana Lang, despite her dating a boy named Whitney Fordman. Lex often went out of his way to help his young friend win the heart of his childhood crush, Lana Lang, even when Clark didn't ask for his help. He actively prodded Clark into being more assertive with Lana, because he felt this was what a good friend did. Lex said he considered Clark much like a younger brother, trying to use his influence to improve Clark's quality of life.

Clark's serects were a central and contentious element between the two men as they eventually drifted apart and became enemies. Although Lex did not exactly know the entire story behind Clark's alien origins, he knew there was something odd about his friend from the moment that Clark saved him by pulling him from the river following a car accident. Lex was sure his car had hit Clark, and was immediately doubtful of Clark's claim that he dove after him. Lex gave Clark the opportunity to share his secret on his own terms as their friendship grew, but often could not resist asking Clark prying questions. Clark used a temporary loss of his powers to "prove" his vulnerability. Nevertheless, Lex's curiosity was not that easily satisfied.

However, there was other factors that drove them apart over time as well, such as:

In Fanon, Lex Luthor tends to be slightly flanderized, being portrayed as more of a stoic woobie than being outright evil or having a very dark nature like in canon. This is due to the fact that most fans tend to be more sympathetic towards Lex than they are typically other characters on the show, due to the fact that Lex has an controlling narcissistic father. and actually has some good reasons for doing the things he did, even if they were misguided ones. In contrast, Characters like Lana Lang tend to act and look worse than they did on the show, due to a popular dislike of the character. 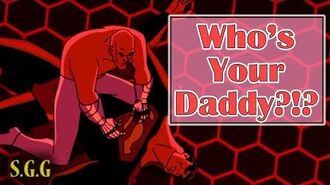 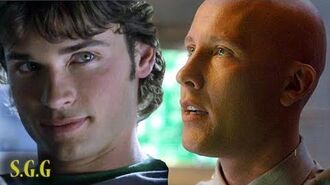