ColdAtom is the slash ship between Snart and Ray from the Legends of Tomorrow fandom.

They meet for the first time when Rip abducts everyone to present his case for them joining his cause against Savage. When the team goes on their first trip to the past, Rip decides to take everyone but the criminals along for a mission. Ray asks Rip if Rip really thinks it's safe to leave them behind on the Waverider, to which Snart and Mick take offense. As the team return from their mission they're attacked by Cronus, with Sara, Snart and Mick returning just in time from their sojourn in the '70s to save everyone's lives. Once Rip reveals the real reason he recruited the team, Ray is devastated at the minimal impact he has on history, but Sara encourages him, Snart and Mick that they have the power to choose their own destiny as part of the Legends.[2]

“So thanks to Raymond leaving a piece of his suit in the past, the rest of us don't have a future to go back to”
— Snart, to everyone including Ray[1]

They travel to Norway in 1975, but after Rip lied to everyone Ray decides he wants to take charge and is opposed by Snart who cites his knowledge of and experience with crime lords. During the mission, a fight breaks out and Ray accidentally leaves some of his suit's tech behind in 1975, causing a severe change to a now dystopian future for Central City in 2016. Ray and Stein work out that they need a way to track the armor, while Kendra presents a dagger from their time in Egypt that can end Savage. Snart is tasked with stealing it and Ray decides he'll tag along despite Snart's objections.

Ray trips a silent alarm right out of the gate, annoying Snart and Mick, but they fight them off and manage to get inside. Once there, Ray witnesses Snart's true intent with time travel, which is the possibility of robbing expensive things throughout history. Ray tries to stop them and Snart punches him, which Ray returns. Their fight triggers a steel cage and they are trapped together. While Rory goes to get them out, Ray and Snart talk about their differing perspectives of the world, with Snart criticizing Ray for wanting to be a hero. Savage turns out to be the owner of the dagger and the team show up, with Firestorm breaking Snart and Ray out. After Carter's death, they all decide to defeat savage in Carter's honor and to save the world.[1] After retrieving Carter's body, the Legends attend a funeral service for Carter and Aldous Boardman together.[3]

Following the goodbye, the team travel to DC in 1986 to get a file on Savage stored in the Pentagon. Ray and Snart are tasked with pretending to be maintenance and Snart steals a needed key carded, demonstrated in a very deft, poised manner to a bemused Ray. After a botched mission, the team head to the USSR in 1986 where Cronus has tracked them to and attacks. Ray and Snart enter the bridge together and Ray marvels at seeing a Soviet military plane up close while Snart teases him. Ray's tasked with getting information from the head of Savage's science project, and Rip tasks Snart to tag along, to Snart's dismay. Ray seems to be somewhat threatened by Snart's skill at blending in easily and his sleek, cool confidence. Ray strikes out with getting intel from Valentina, but Snart manages to casually entice her. When they return to the Waverider, Ray brags about their mission although Snart was the one who did the work.

When Stein goes on a solo mission to stop Savage, Ray and Snart show up as his back-up, with Ray again only noting himself. When Ray wants to save Valentina because it's part of who he is to help others, Snart reluctantly agrees to distract her while Ray helps Stein. Valentina turns out to be abreast of Firestorm and holds Snart at gunpoint. To save Snart's life, Ray turns the core back on and is captured by the Russians, while Snart escapes after Mick shows up. Snart confronts Rip for leaving behind part of the team.[4] Snart, in turn, is only focused on getting Mick back from the Gulag and even aborts his and Sara's mission to rescue the team, in favor of saving only Mick, although Sara repeatedly reminds him that they have to save Ray as well. When Snart reaches Mick, the latter brings along Ray and Snart doesn't understand why Mick's willing to risk their escape[5]

Ray – “Really? We're trying to save the world and you're lifting wallets?”
Snart – “It's called multitasking[4]”

One of the most popular slash ships when the series began, along with the jump-over from The Flash, Coldwave. People took to the opposites dynamic, helped by Snart and Ray spending a lot of time together in the first half of the season. The ship didn't get as much focus in later episodes, where Ray and Snart respectively were paired off in canon het ships. Following Snart's death, the relationship between Ray and Mick was developed and this ship had less fandom prominence. However, it remains a popular ship. On AO3 it is the most written ship for Ray and the fourth most written ship for Snart. It is also the fifth most written in the Legends of Tomorrow tag. 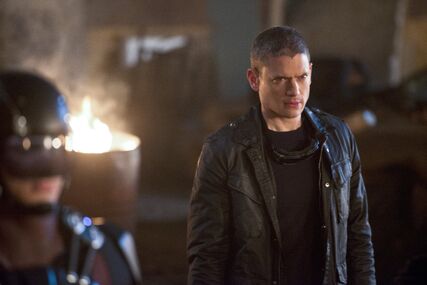 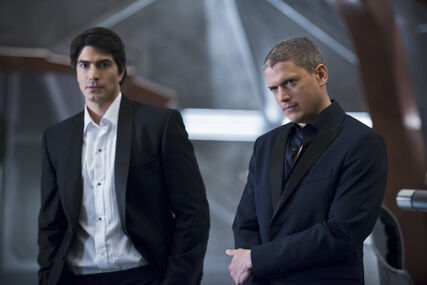 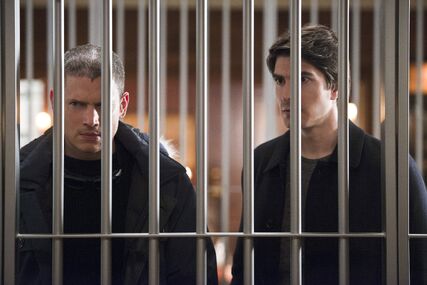 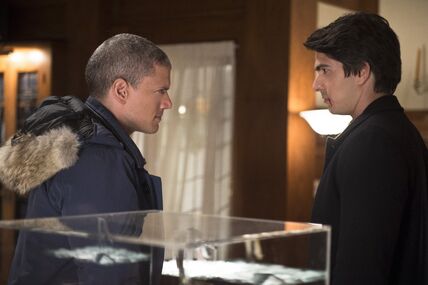 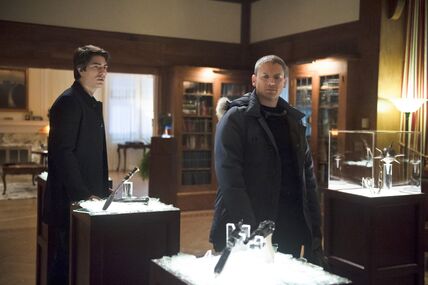