Constangreen is the slash ship between Constantine and Gary from the Legends of Tomorrow fandom.

Gary meets Constantine when he and Ava seek out the warlock to help free Sara from the Death Totem's possession. Constantine doesn't specifically take notice of Gary, but does not treat him with the same derision as everyone else, but as a regular person. Gary's nervous, sometimes fumbling demeanour is in stark contrast to Constantine's confident, charismatic swagger, but a lesson in Gary's D&D adventures provides Constantine with inspiration to salvage their conundrum and he shows his gratitude by planting a kiss on a surprised, but ecstatic Gary.

After the mission, Gary invites Constantine to join his D&D group, which he does. Following the Legends' defeat of Mallus, Constantine seeks them out in Aruba along with Gary, whom he's been working with!

THE GOOD, THE BAD, AND THE CUDDLY

The legends are relaxing on a beach in Aruba when a figure appears. Ray mistakes the figure for Constantine, but it turns out to be Gary dressed as him. Sara asks what Gary wants, clearly annoyed, just as Constantine walks onto the beach, saying that Gary's been with him. He tells the Legends that they've opened a door and let out a whole mess of evil creatures, so now they have to fix it.

Constantine – “Gary, mate, do us a favor and portal us back to my flat, would ya?”
Gary – “Maybe we can grab a beer.”
Constantine – “Make it two pints and a whiskey chaser and I'm in. You can call it a date, mate.”
— Necromancing the Stone; Deleted Scene

Gary – “One more question. Are you sure that I'm a virgin? Because that thing we did...”
Constantine – “Positive, mate.”
— The Virgin Gary

Fans immediately began to ship the two after their first interaction. Gary had become a fan favorite among Legends fans, while Constantine is a favorite among comic book readers, and NBC Constantine fans. He was also someone that fans wanted to see more of, given the early cancellation of his series, and his appearance on Arrow.

Many fans were pleased to find that the two were working together at the end of the season. The kiss between the two led to many people joking that "No one on Legends is straight". Although they had already been doing that for a while. Fans also interrupt that the two would have more comedic interactions between the two, since they are a very unlikely pair.

The ship gained more popularity on Tumblr and Twitter rather than on more fanfiction based sites. AO3 has little fic, although this is most likely due to the limited interactions between the two. Unlike other Constantine pairing between the two, fans were not looking forward to their interactions beforehand, so fics were not written before their meeting. In their fics, they are typically a background couple for Avalance, but do have some that focus on just them.

After the premiere of Season 4, fans shipped the two even more. Although it did leave some questions to the nature of their relationship, given Gary's line's questioning indicating how attracted he is to Constantine. His line questioning if they actually had sex, led to joy amongst fans. Some trying to guess what they actually did, while others just assumed that their DnD characters had sex. After the premiere of the new episode mortal khanbat there was a kissing scene between the two after john made the deal with Astra. But when you see it looks he was just excited but then again you don't go kissing your friends in the mouth when you're excited so there might be something there. They have also been spending a lot of time together but you guys know that John Constantine is not the serious relationship and After trying to have one they went to hell causing him to keep his distance and if he did love Gary he wouldn't want to hurt him so that is what I am guessing on why this hasn't happened but knowing John Constantine we probably won't find anything unless they confirm it. 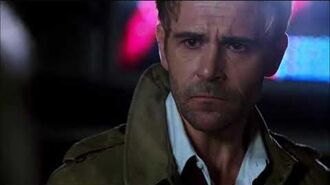 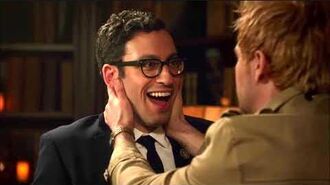