Corpsekkuno is the slash ship between Corpse Husband and Sykkuno from the YouTube fandom.

Corpse and Sykkuno met through mutuals while playing Among Us. As of October 2020, the two are friends and often do collaboration streams with fellow YouTubers/streamers such as PewDiePie, Jacksepticeye, Dream, DisguisedToast, and others. Both have stated that they are straight.

In March 2021, according to a TikTok that Corpse posted, he and Sykkuno met up in person. Corpse hand delivered him a Corpse Husband hoodie.[1][2]

Even when one of them is an Imposter, they try to avoid killing each other. When Sykkuno stopped his crewmate behind a rock so he could eat a taco, Corpse notices him and gives a "quick kiss" before running away. During this round, Corpse was an Imposter and could've easily killed Sykkuno.

Corpse finds an AFK Sykkuno in the Communications room and wonders what he's doing in there, but hopes he's happy. He joins Sykkuno in the room and the two stare at each other. Then PewDiePie and Charlie walks in and double kills them. This moment was joked by fans as a "Romeo and Juliet" moment since they lived and died together.

During Corpse's October 19th stream, he and Sykkuno agreed to meet by the two snowmen near the bottom of the Polus map in ghost chat. Despite Sykkuno getting the Imposter role that round, he met up with Corpse and the two ran around the snowmen. Later in the game, during a meeting, their friends call their little meet-up a "date", which they both deny. In the same stream, Corpse and Sykkuno stuck together for safety since they knew the other was safe by doing the medbay scan. However, Corpse notices that there's two dead players on vitals and goes to find the bodies, leaving Sykkuno alone since he didn't know where Corpse went. Sykkuno is killed by Toast right as Corpse returns (likely to find Sykkuno) to vitals and sees Sykkuno's body. During the meeting, Corpse seems angry and asks the survivors, "Who the fuck killed Sykkuno?" before pinning it down on Toast. He succeeds in avenging Sykkuno as Toast gets ejected.

During Halloween 2020, Sykkuno borrows cat ears from Scarra and wears it as a Halloween costume. He wears them on a stream and makes embarrassed 'nyaa' sounds to his viewers. One of the viewers comments that Corpse likes catgirls, since one of his songs is named "Catgirls Are Ruining My Life!". Sykkuno responds to this by saying he's a guy and then jokes wondering if Corpse would like it. He later posts a photo of his catboy look on Instagram. Corpse comments with "Yes, yes I see". Sykkuno acknowledges this comment, saying "I think he likes it maybe". Later, Corpse joins in on SCP: Secret Laboratory game, and plays with Sykkuno and other streamers.

“He said hi to me first. I already got him, he's mine.”
— Corpse about Sykkuno.

“If you killed Sykkuno I would simply accept death.”
— Corpse to Valkyrae.

“Corpse has such a deep and cool-sounding voice, but his laugh is really cute. Don't tell him I said that.”
— Sykkuno about Corpse's laugh[3]

The ship is quite new to the YouTube platform and the first notable appearance of shippers was after Corpse "kissed" Sykkuno in-game while the latter was eating a taco.

They are shipped platonically as well. 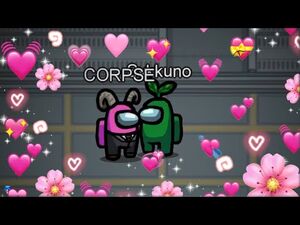 CORPSE and Sykkuno being cute together for 5 minutes straight 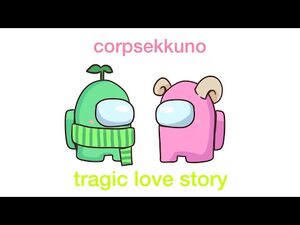