“Do not pity yourself. If you wallow in self-pity, life will be an endless nightmare.”
— Dazai to Atsushi, after Atsushi was infected by Q.

Dazushi is the slash ship between Osamu Dazai and Atsushi Nakajima from the Bungou Stray Dogs fandom.

Osamu cares about Atsushi a lot and always is there to help him, no matter what. For example, he was the person who helped Nakajima pull himself together after the incident with Q. And that's only an example. Dazai helped Atsushi many times in the series, he was protecting him, comforting him, he wanted the best for this fandom's cinnamon roll.

Of course, Dazai isn't the only one who cares in this relationship. Atsushi is really supportive to him too. Nakajima always trusts Dazai in every situation. There was no moment, when he doubted in him. In practically every moment before he'll do something he thinks "what Dazai-san would do".

Also Atsushi is trying to help Dazai in every situation, when he can do something. Like, for example in one of the firsts episodes in anime (and in the first volume of manga) he helped him escape from the trash, where Osamu was trying to attempt suicide. And well, it's just a one situation too.

One of the important things, beside the things I've said before, is the first ending of the anime, where Dazai and Atsushi had a lot of moments. For example, Atsushi wanted to touch Osamu's hand and when Dazai touched his head, he smiled a little.

Furthermore in the "Dead Apple" movie they had a lot of moments. Firstly, Dazai told Atsushi about Odasaku, which isn't really in his style, he doesn't like to say about his past to anyone. Secondly, when Akutagawa said he'll kill Dazai, Atsushi leveled his gun at him and said "I won't let you kill, Dazai-san". Also it's worth to mention that Atsushi was the only one who didn't believe that Dazai betrayed the Agency. Thirdly, when Dazai was with Fyodor, he said to himself "I hope Atsushi-kun and the others are okay". It emphasize that Atsushi was the person who he was worried about the most. Also when Dazai got off the residence, where he was with Fyodor and Shibusawa, his first words to Atsushi were "Atsushi-kun, what I did earlier...", which means he wanted to apologize to him, explain the situation, 'cause he cared about his opinion. Plus, we find out in their conversation at the end of the movie, that Atsushi, actually didn't ever think that Dazai would do something bad, he sees him as a really good person, who he could trust in any situation.

Summarising, Dazai and Atsushi have a really deep and full of trust relationship. They are for each other everytime, every single day, they need each other really bad. If Dazai would die, Atsushi couldn't forgive himself that he didn't stop him. The same would be if Atsushi would die - Dazai couldn't forgive himself that too. All these things make their relationship really beautiful and that's why so many people ship them and have thoughts that they can be canon in future.

Ocehamada have a few Dazushi related (awesome) edits on Youtube. 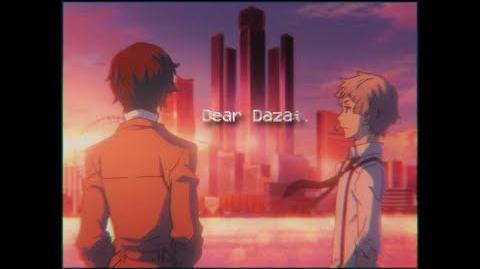 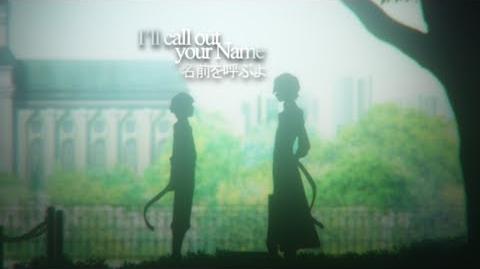 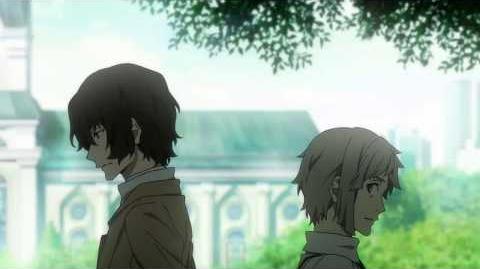 Retrieved from "https://shipping.fandom.com/wiki/Dazushi?oldid=204733"
Community content is available under CC-BY-SA unless otherwise noted.