Dott is the het shipping between Dawn and Scott from the Total Drama fandom.

The ship sailed as a result of their interactions in Ice Ice Baby where, after Scott ordered a giant beetle to attack the opposing team, Dawn believed he was a beetle whisperer. A lot of fans quickly began shipping the two, enjoying their "Good Girl, Bad Boy" dynamics and expecting Dawn to make for some redemption arc for Scott, the main antagonist of the season, later on. However, the two developed a conflict in Backstabbers, Ahoy! after Dawn figured out Scott's true nature and he framed her for stealing the others' belongings in order to eliminate her. This caused a majority of the fans to abandon this ship. Nonetheless, it is still popular among some fans. 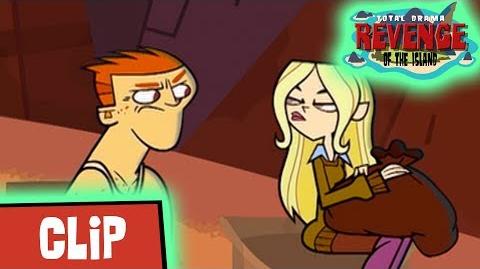 TOTAL DRAMA REVENGE OF THE ISLAND The Dawn of Scott (S4 Ep.5)

Retrieved from "https://shipping.fandom.com/wiki/Dott?oldid=186452"
Community content is available under CC-BY-SA unless otherwise noted.