Duncney is the het shipping between Duncan and Courtney from the Total Drama fandom.

In Total Drama Island, Duncan immediately becomes attracted to Courtney, and she becomes attracted to him as well, even though constantly denying it. In Basic Straining, the two share their first kiss prior to the vents that happened during the episode. However, Courtney is eliminated, courtesy of Duncan's archenemy, Harold. Duncan is shocked and gives Courtney a farewell gift (a wooden skull he carved).

In Total Drama Action, Courtney gets jealous seeing how close Duncan and Gwen started to be. In one of the episodes Bridgette and Geoff, in their own program, show a video of Duncan daydreaming about Courtney and asking Gwen if she thinks that Courtney is looking at the stars now too. For a minute Courtney smiles watching that, however then Duncan and Gwen get quite close to each other on the footage again. Courtney, despite seeing before that Duncan thinks only about her, focuses on that one part and soon afterwards calls her lawyer. Thanks to the call, a few episodes later she comes back to the Total Drama Action show. She lands in the opposite team to Duncan's. We see how the two struggle with their love/hate relationship - as they say in the backroom they're still strongly attracted to each other, but at the same time they "drive each other crazy" in the negative way.

The ship sailed as a result of the canon relationship between the two, starting with the first ship teasing moments in the first episodes of Total Drama Island. The ship became a fan favorite, alongside Gwent, out of six canon Total Drama relationship at the time. Their dynamics of a "Bad Boy and a Nerdy Good Girl" seemed to be one of the main reasons for their popularity.

The ship retained its popularity for the rest of the series. However, with time there were more fans who voiced their opinion about the ship being toxic and unhealthy. Some fans started abandoning it during Total Drama Action era, claiming Courtney became too bossy towards Duncan.

With more and more mixed opinions, their break-up became one of the biggest base-breaking moments in the fandom. Loyal Duncney shippers were sad to see their ship sink. Gwuncan shippers were happy their ship finally became canon. Duncney also appears to be way more popular over Courtney's next canon relationship, Scottney. 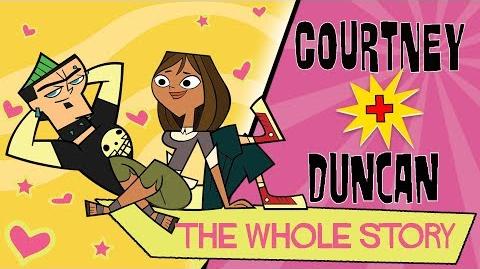 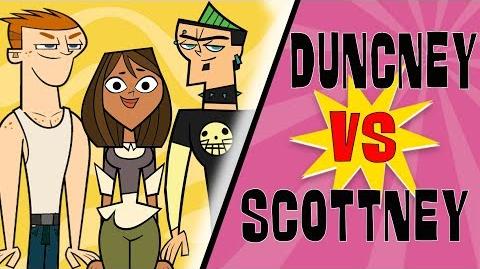 Retrieved from "https://shipping.fandom.com/wiki/Duncney?oldid=230209"
Community content is available under CC-BY-SA unless otherwise noted.