EmiSue is the femslash ship between Emily Dickinson and Sue Gilbert from the Dickinson fandom.

Emily lives with her family in 17th century Massachusetts. She dodges marriage proposals from men regularly and is really interested in writing, specifically poems. Sue, on the other hand, is said to be Emily's best friend, who is dating her brother. But when Sue's last living relative dies, she moves into the Dickinson's house because she doesn't have any money, while they are rich. Eventually, Emily and Sue start having a secret physical relationship, while they both start getting romantically interested in one another.

When Emily finds out that Sue has to marry her brother, she is gutted. She doesn't believe Sue is in love with her brother and her own feelings for Sue are also at play. So after the reveal, Emily asks Sue to sneak with her to the apple orchard, and Sue explains to Emily why she has no choice but to marry Emily's brother, since she's a woman in the 17th century, as well as an orphan, so her options are slim if she doesn't marry him, telling Emily that she will otherwise "starve to death." But Sue assures her that she will never love anyone as much as she loves Emily, and the two of them share a passionate kiss.

Sue continues to support Emily, so when she wants to attend a college lecture about volcanoes, she accompanies Emily, as the two of them disguise themselves as men to be allowed to attend. Later that evening, while lying next to each other in bed, Emily shares her heart with Sue and talks to her about how she feels trapped living under her father's roof, like the people in Pompeii who couldn't escape the erupting volcano she heard about in the lecture. So Sue tells her that she thinks she knows what a volcano is like, to which Emily replies "show me." So the two of them share their first intimate night together.

Later, when Emily's parents are out of town, she decides to throw a party, and George, the guy who has a crush on Emily, brings a bottle of opium with him, which Emily consumes, getting high. After George tries to propose to Emily one more time, she denies and runs away. While Austen wants to announce his and Sue's engagement, Sue also runs away, after Emily. A confused Austen is then met with one of the party's guests who tells him what's obvious to everyone except him: that Sue and Emily are in love, and that Emily is "weird." Meanwhile, Sue is comforting Emily, who just got her period, and Emily tells her that she really is her favorite person in the whole world, kissing her. Just in time, Emily's brother walks in on the two of them kissing and makes a scene. The two siblings start fighting for Sue, as Emily tells him that he will neer understand her and Sue's love, but Sue gets overwhelmed and tells them she will be leaving for Boston, walking away.

While Sue is away, Emily keeps sending her letters, and one of them said she was "dying of love" missing her. This deeply worries Sue, who comes all the way from Boston, because she was really worried thinking Emily was dead. When the two meet, Sue confesses that Emily is the only one she has, that she might as well not exist without Emily, and tells her that Emily is the only one who truly loves her. Emily denies this profesely, telling her that her brother also loves her. And then, completely devastated, she tells Sue that she should marry her brother, seeing her get away with him.

The two of them start living as housewives, trying to fit in into those roles. Emily also meets a man that she feels is the first man to ever treat her like an equal, and tells Sue that she has never felt that understood with anyone but Sue herself. Sue confesses that this is the first time she has ever felt jealous of a man being around Emily. Unfortunately, the man dies of sickness and on the day of Sue and Emily's brother's wedding, she really doesn't want to attend, but only does it because of Sue. She goes to Sue's room where she is getting ready and Sue, full of tears, confesses to her that she's pregnant and that she doesn't know if she can deal with everything that she's being forced to do, getting married, maternity, all at once, because she wishes she could do all of that with Emily.

So Emily invites her to run outside with her. And the two of them spend the whole afternoon together. Later, when she goes back to her room, she reads the poem Emily wrote for her, on a little piece of paper. And gets extremely emotional after reading it all. At that moment, Emily's brother enters the room, getting mad at her for ruining her dress and when he finds out that she spent the whole afternoon with Emily, it gets even worse. He locks Emily up on a bedroom, and goes to the wedding ceremony. As the ceremony starts, Emily's stomps on the door, as well as her screams, are heard by all the guests, and Austen and Sue themselves.

EmiSue is the most popular ship of the Dickinson fandom, due to the fact it was established as canon from the very first episode, made this the most beloved ship. Since the two's relationship is based on real-life people, people who already loved the real life story of Emily Dickinson and her lover, started loving this ship as well. Also, due to all of the hardships the two have to go through because they are a queer couple in a very homophobic and sexist society, fanworks usually like to imagine their lives together in diverse alternative universes. The ship currently has 278+ works in AO3. 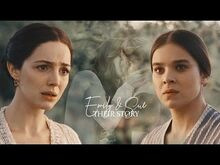 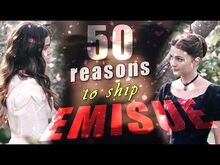 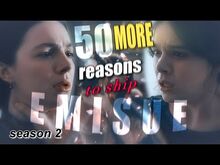 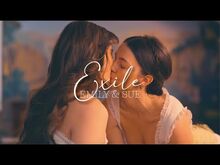 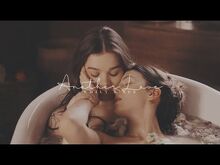 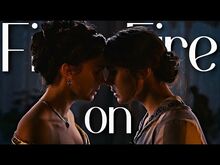 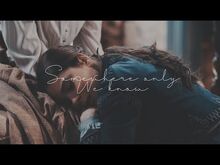 Emily & sue - somewhere only we know 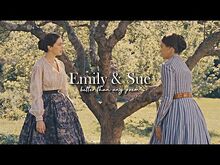 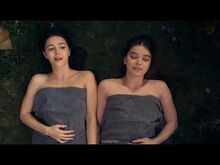 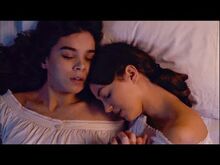 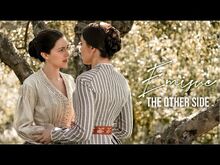 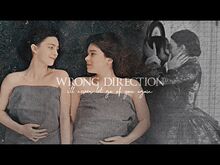 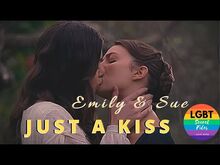 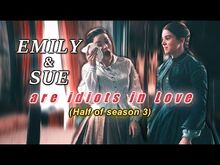 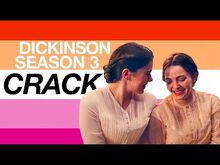 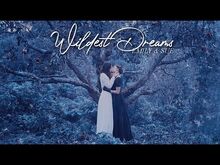