Falice is the het ship between FP and Alice from the Riverdale fandom.

Alice and FP both hail from the Southside of Riverdale and went to high school together. As teens they were in different social groups, Alice as a rebel outcast and FP a BMOC, although they both hailed from the Southside. FP got Alice pregnant in their junior year but they only became a couple later, having been brought closer by the Midnight Club (club formed by all the parents in high school to play Gryphons and Gargoyles). They broke up as the group parted ways following the sudden death of Principal Featherhead and even switched roles as FP joined the Serpents at his father's behest, while Alice left the gang and started pretending to be a Nortsider as well as dating Hal Cooper[2], where Alice and Hal were voted homecoming King and Queen their senior year.[3]

As adults, Alice shows disdain for the Southside and has, according to FP, changed her social self-perception through her marriage to Hal. The two are very spiteful to one another and seem to have a deeper history. An article published by Betty in the Blue & Gold reveals that Alice was arrested when she was young and confirms that she is from the Southside. When FP gets released from jail, Alice decides to join her daughter and Jughead in picking him up, making not so subtle flirtatious comments 'disguised' as menace. She questions FP's bid at rehabilitation and he matches her repartee as no one else usually can. When Betty seems drawn to the Southside Serpents in order to feel closer to Jughead, Alice freaks out at the thought of Betty following in her footsteps and goes to FP, who assuages her, but not before alluding to their implied romantic past, which rattles Alice.

Briefly, Alice relives her old days, dresses up as a Serpent would, drinking at the White Wyrm and making herself at home, until she sees Betty pole dancing and realises things are taking a turn for her daughter. Alice is unable to parent Betty and gives up, but seems surprised that FP actually does return to Serpent life, in spite of what he told her earlier.[1] They have little communication for a while, until Chic kills someone in the Coopers' kitchen and Alice goes to FP for help. FP eradicates the remains of the body and Alice is very raw, vulnerable and thankful towards FP for his help. [4] After Jughead and his friends help oust the blackmailers from Alice's house, she apologises publicly to them for using The Register to defame them all those years. Her newfound acceptance of her past and identity leads her to FP's trailer, where they start a relationship.[5]

As Alice is cast in the musical, she goes to Pop's to invite FP and he brushes her off coldly, to which she reacts as though it's high school all over again. Hal enlists Betty's help to reconcile with Alice and, as FP arrives at the high school to see the musical after all, he sees Alice and Hal together, prompting him to leave. Although seemingly the end, Alice goes to FP beside herself after Chic confesses that he's not her son and that Alice's real son is dead. She confesses to FP, after so many years, that she had their baby and that he's now gone. She says it's all her fault that he died and breaks down in FP's arms.[6]

The night Hal confesses he's the Black Hood, Alice admits she "stepped out on him" with FP, whom she adds is "more of a man than [Hal] will ever be."[7] FP quits the Serpents for good and leaves Jughead in charge.[8] Alice and FP resume their romance following the ordeal with Hal. FP says he is glad that The Farm (a cult Poll gets Alice to join) has "opened Alice up" to the possibility of them together again.[9] 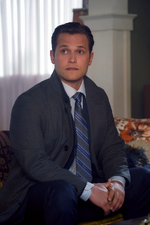 When they were 18 in high school, they slept together (possibly had a relationship) and Alice got pregnant. At the time, she was with Hal and told both him and FP that she would have an abortion. In reality, she had the child and left him with the Sisters Of Quiet Mercy where he grew up an orphan. Charles Smith was a good and kindhearted person, but became friends and lived with Chic, who is not, and who eventually killed Charles while they were arguing (or so he said). Alice believes that he died and is heartbroken, telling the father — FP. Charles had red hair and is the half-brother of Betty, Polly, Jughead and Jellybean.

This is a very popular pairing and a surprise runaway ship, as a non-teen ship wasn't expected to gain this much ground. Since the revelation of their teen romance and their reunion in Season 2, the ship has only increased in popularity to become one of the most popular het ships of the fandom. 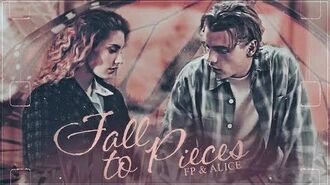 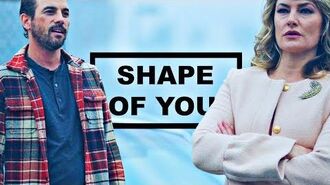 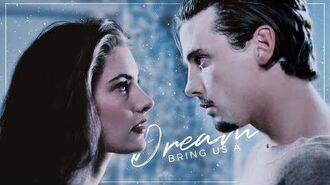 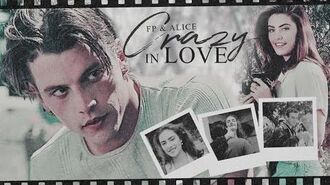 Retrieved from "https://shipping.fandom.com/wiki/Falice?oldid=169147"
Community content is available under CC-BY-SA unless otherwise noted.