• Battle Couple - The standard for any DnD couple.
• Hair Contrast Duo - Pink and Black. Although, being away from the Blooming Grove has caused Caduceus' pink hair to change to gray.
• Interspecies Romance - Half-Orc and a firbolg.
• May-December Romance - Firbolgs average on living to 500 years, while half-orcs barely make it to 80.
• One Head Taller - Fjord is 6' 1'' while Caduceus is 7' tall.

Fjorclay is the slash ship between Fjord and Caduceus Clay from the Critical Role fandom.

Beau introduces Jester and Fjord to Caduceus, who they had all met earlier that day. The two then ask Beau where Molly is, and Caduceus leaves them alone so that she can explain what happened. After talking, they join Caduceus upstairs and find him cooking in the kitchen. As Jester heals up Caleb, they all decide to search through the place. Before they head down, Fjord asks Caduceus if he needs any help with cooking. Caduceus says that he's good, but asks that if he find anything to eat if he could bring it upstairs. Fjord is confused, and smells the room but it just smells like breakfast. He quickly heads downstairs with the others.

The next day, as they are preparing to leave, Fjord asks Caduceus how the others brought him into the Mighty Nein. Caduceus believes that their fates have been intertwined. Beau interrupts and tells Fjord and Jester about the "dead people tea" that Cad makes, confusing Fjord.

Later, Caduceus heads over to Fjord and informs him that Jamedi isn't entirely alive. Fjord is very confused and asks if there's anything evil or sinister about him. Caduceus thinks that not being entirely alive is enough suspicion, and that he's showing an enormous amount of restraint not doing anything now. He thinks there's an advantage to dealing with it, but there's just something weird there. Fjord thanks him for telling and hopes that Caduceus will keep an eye on him. Caduceus assures him that he will.

As Caduceus and Fjord are getting ready for bed, Caduceus tells Fjord that he did really well that day, and Fjord thanks him. He says that tomorrow will be hard, and is worried that Fjord might be tempted into some old habits. He feels that they're going to be tested, and he knows they'll have to lie and be sneaky to get what needs to get done, but he doesn't want Fjord to forget where he is, how he became who he is. Fjord thanks him for saying that, and asks if it's important to The Wildmother for him to be honest all the time. Caduceus doesn't know, and asks if Fjord thinks that nature is honest or can lie. Fjord believes that it can be decieving, given it's tricks, but also doesn't change. Caduceus says that he'd never though of it that way, and thinks for a moment. He says that he'd been waiting for this, and pulls out symbol of the Wildmother, only designed with a more sea theme. He hands it to an amazed Fjord, and tells him that even though he can still go to him for answers, he seems to have a handle on things now. Fjord asks where the symbol came from, and Caduceus tells him that he made it at the forge, and had been waiting for the right moment to give it to him. Fjord thanks him, and Caduceus believes that Fjord is on the right path, and the more he looks to himself for answers the easier it will be to find them. Fjord thanks him for helping him, and is glad that they've crossed paths. Caduceus sticks out his hand, and say "to divine intervention", Fjord takes it and says the same. They say goodnight as Fjord tries find a good place for the symbol.

The Ruby and the Sapphire

Temple of the False Serpent

Fjord – “You make dead people into tea.”
Caduceus – “I mean, they're going to do it eventually anyway. I just usher the process along a little bit.”
— The Journey Home[2]

Fjord – “You ask permission to ride the horse?”
Caduceus – “Well, I explain to the horse that we're going to be moving south and I'd really appreciate their cooperation in the process, and how long we expect to be going for.”
Fjord – “Out loud, do you do this?”
Caduceus – “Yeah.”
Fjord – “All right, just checking. I didn't know if you had some mumbo jumbo.”
Caduceus – “ I mean, can you do it without-- Can you talk without talking, is that a thing you can do?”
Fjord – “(mumbling) I don't think so. Am I talking?”
Caduceus – “I can hear you, but your lips aren't moving. This is-- nope, it's not working for me. Nope. Probably take ten minutes actually trying to do that before we get going.”
— Beyond the Boundaries[3]

Fjord – “We'll give you a little lessons in economics as we travel, just for fucking future parley situations.”
Caduceus – “I mean, what's the point of having gold if you're not using it for something? I mean, otherwise it's just something that's making it heavier to walk.”
Fjord – “There's a lot of reasons.”
Caduceus – “Sounds odd, but all right.”
Fjord – “ Yeah, we'll get into it, we got time.”
— Beyond the Boundaries[4]

Caduceues – “Do you think this is a good plan?”
Fjord – “Trust your heart, Caduceus. It's in a good place.”
— Perspective[5]

“Thank you for taking care of him.”
— Caduceus to the Wildmother[7]

Fjord – “That was amazing, Caduceus, every time. It's very impressive.”
Caduceus – “You were there, too.”
Fjord – “I was.”
Caduceus – “We should talk about that at some point.”
— The Folding Halls[8]

Brian – “This one is engraved and it says, 'Caduceus will die at GenCon?' that's not right. That must be a misprint.”
Taliesin – “Wow. Spoilers really.”
Travis – “I need him!”
—Talks Machina: Clay and Dust[11]

Brian – “What role does Caduceus see himself playing in Fjord's new journey with the Wild Mother? Does he view himself as a spiritual guide, a big brother, or merely an observer?”
Taliesin – “Definitely a bit of a spiritual guide. He's looking for moments to have some conversations, and reward some behavior, and kinda help him. Right now what [Caduceus] wants to talk to Fjord about, which he hasn't yet is the, "This isn;t over, you haven't been given a cure. You've been given a way of walking forward to deal with this thing that's going to be the rest of your life now. So let's have a conversation of what the rest of your life looks like now that you're doing this, and hopefully I can help you with that". I think Caduceus suspects that Fjord thinks he's fine now. Or is at least kind of hoping that it's fine now. And having the "no, no, no, no, there's work to be done".”
Brian – “Did you and Travis talk about it, or was it a surprise to you?”
Taliesin – “We did not talk about it. At best I made sure he understood the option, just that he had to figure out what he needed, that it could be anybody. It would make far more sense for people to be interested in bringing people to the gods, rather than to a specific god.”
— Talks Machina: The Folding Halls[12]

The pairing was originally considered more of a rare pair within the Critical Role fandom, but is slowly growing more of a fanbase. Later fans of the ships cite episode 72 as their reason for shipping the two, as it had significant meaning for both of them. Some will also cite earlier episodes whenever Caduceus would help Fjord to deal with his patron Uk'otoa. After Caduceus presented Fjord with a unique symbol of the Wildmother,

Many Fjorclay shippers were drawn to the pairing over Fjord and Caduceus conversations regarding the Wildmother. Fjord starting to feel a connection to her and reaching out to Caduceus made many of them realize that they work well together, and might possibly make a good romantic couple. Fjord becoming a paladin of the Wildmother. Many fans will depict them either in meditation or communion with her. Fjord feeling the Wildmothers presence when Caduceus talks to her, made fans of the ship very happy, and are still waiting for the conversation that Caduceus wanted to have regarding it. Many of the fans predicted that Caduceus would be the first person that Fjord would use "Lay on Hands" on, which was met with many screams. Many are also hoping to see roleplay of Fjord taking his Paladin oath when he gets his third paladin level, and have Caduceus involved in it. 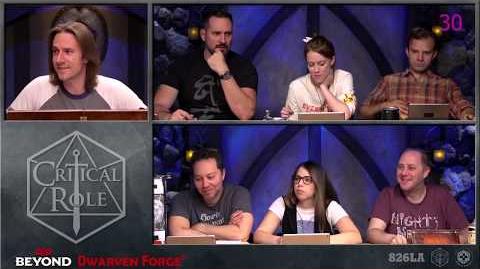 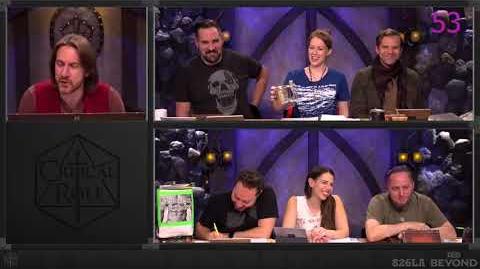 Retrieved from "https://shipping.fandom.com/wiki/Fjorclay?oldid=208008"
Community content is available under CC-BY-SA unless otherwise noted.