Freezerburn is the femslash ship between Weiss Schnee and Yang Xiao Long from the RWBY fandom.

Weiss and Yang first meet Beacon where Yang encouraged Ruby to try and become friends with Weiss. While they later became teammates, Weiss and Yang did not start on the best of terms due to Yang believing Weiss had a problem with her sister, and Weiss complaining of their antics at school.

By Volume 2, they seem to get along better as they work together to organize the Beacon dance event. Both girls are enthusiastic and eager to do a good job, further showcasing the two's ability to coexist.

During the Vytal Festival Tournament, they pair up to fight a two-on-two match against Team FNKI. Before the match Yang attempts to defend Weiss when Flynt Coal insults her, although she is interrupted by Neon Katt. Yang is also angered when Weiss is taken out of battle and quickly rushes to her side after defeating Flynt and Neon.

After having team RWBY separated for a volume, Yang and Weiss are the first to meet again when Yang finds Weiss locked in a cage at her mother's bandit camp. Surprised to see each other, Weiss is confused as to what is happening, questioning Yang on why her mother would kidnap her. Infuriated over Weiss being kidnapped, Yang demands an answer from her mother. After the situation is resolved, Weiss jumps onto Yang hugging her, leaving her slightly surprised. Near tears, Weiss states how much she missed Yang, and Yang replies with a smile, stating she missed Weiss too. They later ride Yang's bike together through a portal so that they can find Ruby and the others. Later on in that volume Weiss and Yang a long heart to heart conversation, where Yang accuses Weiss of not being able to understand her pain and never has been alone. Weiss then confesses to Yang that she does understand and confessed to Yang her own troubled childhood, then admitting to Yang that she has her own version of loneliness and pain. Later in chapter 12 Yang is shown looking horrified when she sees Weiss being impaled by a spear.

In volume 6 the two are shown standing next to each other and being extremly distrustful of Ozpin. In volume 8 chapter 9 when Yang and her group come back from their expedition she and Weiss give each other a hug.

During the first 3 volumes of RWBY, Freezerburn was a much rarer ship within the fandom. However, after Volume 5 showed their reunion and proved that they did care for one another outside of just being teammates there was much more interest in the ship. It is often shipped alongside Ladybug (as Ruby and Blake are without their partners otherwise), and BlackSun due to the similarities between Sun and Yang as well as Blake and Weiss. 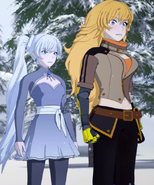 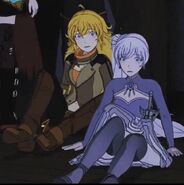 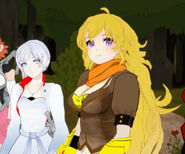 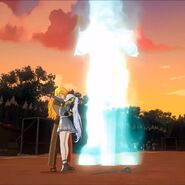 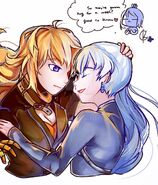 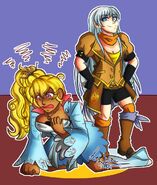 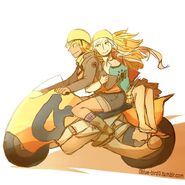 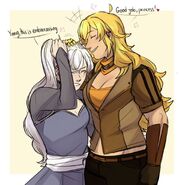 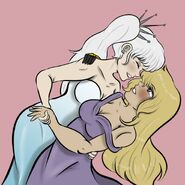 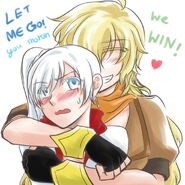 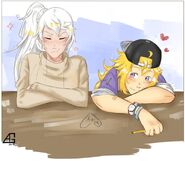 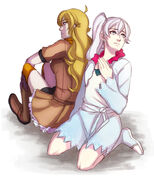 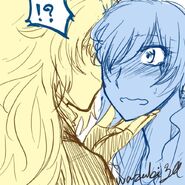 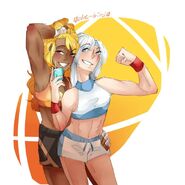 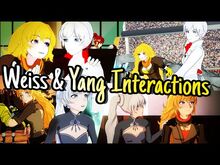 Freezerburn - Give Your Heart a Break (Yuri) RWBY AMV

RWBY AMV - FreezerBurn - Lifehouse You and Me

RWBY freezerburn AMV - Still Into You

The Last Of The Real Ones RWBY - Freezerburn