“Ohhhh my dear friend! I've missed you! My chest wrenched when I knew you're fine!”
— Nikolai, after breaking Fyodor out of his cell and giddily grabbing his hand.

Fyolai is the slash ship between Nikolai Gogol and Fyodor Dostoyevsky from the Bungou Stray Dogs fandom.

Nikolai refers to Fyodor with the friendly nickname "Dos-kun", yet he doesn't seem to be bothered at all. He also isn't annoyed by Nikolai's loud and cheerful behavior.

We can see them talking to each other directly in the bonus chapter at the end of the 14th volume of the manga. The bonus chapter (consisting of just two pages) is about Nikolai wanting to play a game with Fyodor while he is still learning the Japanese language. Fyodor goes along to Nikolai's desire even though he isn't very interested. He then fools Nikolai with a word catch and Nikolai loses the game. 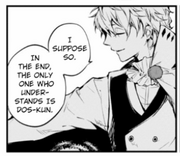 In chapter 58 of the manga (14th volume), when Nikolai explains to Atsushi the reasons behind his murderous actions, Atsushi says that he still doesn't understand his motives and his idea of "true freedom" at all. Nikolai answers by saying: "I suppose so. In the end, the only one who understands is Dos-kun".

In this chapter it is finally revealed that Nikolai is still alive and that he faked his death. According to Sigma's words, Nikolai was indeed supposed to die, without any kind of trickery, however Nikolai was able to save himself with the use of his supernatural ability. When the plan was arranged by Fyodor, Nikolai agreed to die in order to prove his thesis of "true freedom" and "true free will", however he changed his mind, probably when speaking to Atsushi or to the vice minister of justice Tonan.

It is unknown whether Fyodor predicted that Nikolai would change his mind. When Nikolai talks to Sigma, he says once again that Fyodor was the only person who was able to understand Nikolai's idea of "true freedom". He also says that he was deeply moved by Fyodor's words and that he was his first and only friend. His "intimate friend".

Nikolai then says the reason he changed his mind about him dying according to plan. His concept of being "truly free" means being freed from his own feelings and, since he said that he and Fyodor have a very close relationship, he thinks that by killing him he would prove to be truly free.

After Fyodor questions Nikolai for breaking both him and Dazai out of their selective cells, Nikolai grabs his hand immediately and proclaims that he misses him, and is also here to kill Fyodor. Fyodor, although startled, seems to see no issue with Nikolai and him holding hands.

Fyolai is quite popular among the Bungou Stray Dogs fandom, even though it involves an -as of current- manga only character. A lot of fans of the pairing presume that Nikolai could harbor romantic feelings towards Fyodor, and that the reason he wants to kill Fyodor is to break free of his twisted view of romance. But, even though Nikolai repeats over and over that he wants Fyodor dead, many of the fandom agrees that Nikolai truly admires Fyodor.

Fyolai is the most popular ship for both Fyodor and Nikolai on AO3, with a whopping 478 works currently under the Fyodor Dostoevsky/Nikolai Gogol tags. 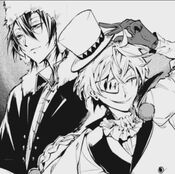 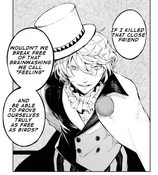