Friends; both are dead

Gokuiru is the het ship between Gonta Gokuhara and Miu Iruma from the Danganronpa fandom.

In Chapter 2, when Gonta is sent by Kokichi Oma to gather everyone for "Insect Meet and Greet," Miu avoids being captured by stripping down to her underwear. Upon seeing her in just her underwear, Gonta gets embarrassed and leaves her. Although the flashback shows that she was embarrassed as well, Miu teases Gonta for seeing her half-naked during the Class Trial.

As revealed in Chapter 4, Gonta is one of the very few, along with Kaede Akamatsu and K1-B0, who wished to be friends with Miu. After Miu's death, he didn't blame her for attempting murder, believing she was a good person and the Killing Game situation was at fault. With his good-heartedness, he was surprised and shocked to hear that most of the other students wouldn't have been friends with Miu even outside the Killing Game.

Gonta who didn't remember that he was the culprit of Miu's murder case couldn't believe how he could done such a thing. Later on after the discussion split the group into two, he tried to believe in his friends and apologized to Miu.

Tenko – “What!? Why the heck were you in your underwear, Miu!?”
Miu – “W-Well cuz, y'know... I'm pretty stacked, so... I figured I'd take my clothes off so Gonta would be too flustered to touch me!”
— Miu explains why she stripped down to her underwear in front of Gonta.

Miu – “Anyway, I think the blood rushed to both of Gonta's heads cuz he got super emberrassed!”
Gonta – “Miu was in her underwear...and Gonta...got weird feeling... So...Gonta ran away.”
Miu – “Well, when you got the body of a goddess, it's only natural to wanna flaunt it! I show my panties to the boys all the time! And I mean, *all* the time!”
— Miu and Gonta about the underwear incident.

“So you're welcome, Gonta! Think of me during your next tug session!”
— Miu teasing Gonta for seeing her half-naked.

“Miu, calm down! It's okay! Gonta will protect you!”
— Gonta promising Miu to protect her in Chapter 4.

The ship sailed as a result of victims and their respective killers often being shipped together in Danganronpa fandom. Their polar opposite personalities, with Miu being vulgar and trying to come off as a sex expert, and Gonta being an innocent gentleman, also helped. So did the fact that Gonta was one of a few students (along with K1-B0, Kaede and Shuichi) willing to befriend Miu. However, what possibly fueled the ship the most was the scene in Chapter 2 where Gonta got embarrassed after seeing Miu in her underwear. Fan fictions and fan arts sometimes tend to reference the aforementioned underwear incident.

As a result of being the trio involved in Chapter 4's case, the two are sometimes shipped together in a polyship with Kokichi Oma. 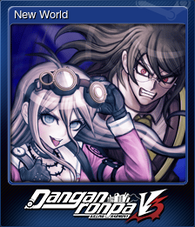 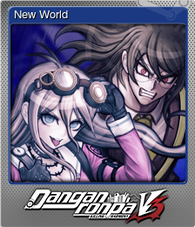