Harleypool is the het ship between Wade Wilson and Harley Quinn from the Marvel and DC Comics fandoms.

The two are both owned by separate comic book companies. Wade from Marvel and Harley from DC Comics. Neither characters have met due to being from separate universes and owned by separate companies. Both Marvel and DC comics are famous for their rivalry and producing similar superhero content. Although many consider Harley and Wade to occupy the same space in their respective canons.

However, Harley and Wade do live in the same omniverse. Additionally, in the Marvel multiverse, Earth-7642 is a universe where Marvel and DC characters coexist with one another. So hypothetically, both Harley and Wade live in this universe and therefore could meet. However, DC and Marvel operate more as separate companies so it is unlikely that the characters will ever meet.

In the DC universe, Harley does meet Wayne Wilkins otherwise known as Red Tool. The character is a parody of Marvel's Wade Wilson. Red Tool does hold canonical romantic feelings towards Harley, and so Wayne and Harley's relationship could be considered a parody or reference to the Harleypool ship.

The ship is a popular crossover ship. It only has a small amount of popularity with fanfiction writers, and is more of a common pairing in fanart and cosplay. Harleypool fanart can also refer to Harley Quinn dressed in a Deadpool-esque costume instead.

The ship is popular because of some of the similarities between the characters. Both of them are anti-heroes, though Harley is occasionally depicted as a villain. Additionally, they are both LGBT characters as Harley is bisexual, while Deadpool is pansexual. Both characters also have red costumes and both of them are known for being a little crazy in their behavior. 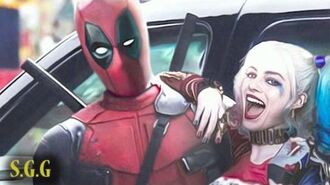 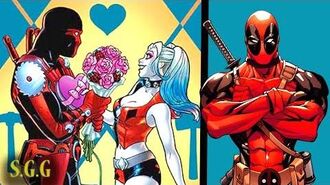 Retrieved from "https://shipping.fandom.com/wiki/Harleypool?oldid=148149"
Community content is available under CC-BY-SA unless otherwise noted.