Hinatsumi is the het ship between Hajime Hinata and Natsumi Kuzuryuu from the Danganronpa fandom.

Hajime and Natsumi were classmates in the Reserve Course. When Natsumi first spoke to Hajime, she comments that he has no friends, and tells him she doesn't have any either. She says she's the sister of the Ultimate Yakuza, Fuyuhiko Kuzuryuu, and calls herself the "Ultimate Little Sister". Hajime points out that she doesn't have a talent, but Natsumi refuses to acknowledge that and says she'll do anything to get into the Main Course.

Her death saddens Hajime. He tries to investigate the truth behind her death, but is stopped from doing so by Juzo Sakakura.

Natsumi – “You're always staring at the Main Course building.”
Hajime – “Yeah, so what?”
Natsumi – “I'll bet you have no friends! Not that I do, either.”
— Natsumi befriending Hajime in her own way, in the subbed version of episode 3 of Despair Arc.

Hajime – “I understand. It must feel lonely, being left behind. But... I think there are other things just as important as talent.”
Natsumi – “What are you on about? There's nothing as important as talent.”
Hajime – “You love your brother, right? Even if you have no talent, you can stay with him and make memories together.”
Natsumi – “Talentless people have no right to be with my brother! I want something to be proud of. Not to always look up to him. I want to stand by his side! If they'll recognize me as a Super High School-Level Little Sister, I can be with my brother.”
— Hajime trying to comfort Natsumi and Natsumi opening up to him about her insecurities.

“Yeah, she had no talent... So what? All lives are equal!”
— Hajime defending Natsumi during his fight with Juzo Sakakura.

“Whoa, hang on, man. If she is what she says she is, maybe we try and befriend her?”
— Hajime coming up with an idea to get on Natsumi's good side so that she'd get him on the Main Course, in the abridged version of Despair Arc's episode 3.

Hajime – “Hey, boss, wait!”
Natsumi – “Will you please just piss off already?!”
Hajime – “Not until my duties as your husband are complete. Now would you like a foot massage?”
— Hajime acting as Natsumi's "future husband".

Natsumi – “You know I have no way of getting you into Hope's Peak, right? So you can just whipe my shit off your nose!”
Hajime – “Wait, what? So I've wasted my time with the charade for nothing? I took a week course in foot therapy for nothing?”
Natsumi – “Well, no one asked you to!”
— Hajime considers his charade a waste of time.

The ship sailed with the third episode of Despair Arc, where the two had major interactions in the first half of the episode and Hajime was shown to be the only person able to sympathize with Natsumi. The shippers were disappointed with Natsumi's so early death, as it prevented the two from having more interactions. The ship is quite popular, although with Natsumi dying rather quickly after her introduction and with Hajime having more memorable ships, this one tends to be quickly forgotten by a lot of fans. Nonetheless, this is still the most written ship for Natsumi on AO3.

The ship is both fueled more as well as sunk in the third episode of Despair Arc's Abridged version [1]. In this fan remake, Hajime believes that thanks to having a brother in the Main Course, Natsumi will be able to get him there as well. To do so he decides to get on her good side by acting as her "future husband". He backs up her in her fights with Sato and, like in canon version, prevents Sato from hitting her. In a conversation with Chiaki Nanami, he asks her if she'll be fine with him getting to the Main Course, saying that "There's this girl...", trying to explain how Natsumi could help him. However, this poor choice of words makes Chiaki jealous. Later, Natsumi tells Hajime she's unable to get him to the Main Course, let alone herself. As a result, Hajime drops the "future husband" act and claims he wasted time with that. However, he still sympathizes with Natsumi, although not as much as in the canon version.

The ship's popularity was also increased with the fan fiction called Yakuza Arc which focuses on a scenario where Natsumi survives and develops a relationship with Hajime. Said fan fiction is a source of several fan art for the ship. Fan art from the series as well as outside of it often shows Hajime rescuing Natsumi from Sato and mafia members. 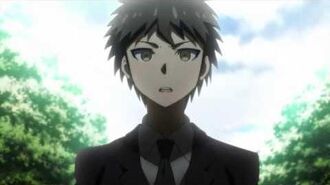 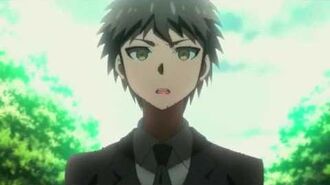 Habits of my ❤︎ Hinatsumi

Retrieved from "https://shipping.fandom.com/wiki/Hinatsumi?oldid=215052"
Community content is available under CC-BY-SA unless otherwise noted.