Hulkeye is the slash ship between Bruce and Clint from the Marvel and Marvel Cinematic Universe fandoms.

Hulk Versus the World

As Hulk makes his way towards Ross, a grappling arrow is show at his feet, and two more are shot in his chest. Clint and Natasha slide down and Clint does a countdown as the arrows explode. After the explosions die down, Hulk says that they better run, since they just made him angry. Clint says that he looks more beat up than angry and the two start to fight along with Natasha. Hulk then grabs Clint just as Ross fires another launcher. Realizing this, Hulk jumps forward and stops the missile from hitting Clint and Natasha.

After capturing Bruce, Clint goes to see him locked up in the Cube. Bruce assumes Clint would quip about him being bigger, but Clint just asks why Hulk saved the ship that was going down if he’s a monster. Clint saw that Hulk had a way to escape and asks why he would save them anyway. Bruce thinks that Clint should instead be asking what SHIELD wants the Hulk for. They now have his blood and could find a way to make more of him.

After the Leader threatens to turn the world to Gamma creatures, Clint decides that he needs to find the Hulk. Natasha says that he was spotted in Canada and Clint speeds off to find him.

Just as the Hulkbusters are about to take the Hulk, Clint fires arrows and takes out several of their helicopters. Hulk then gets up and the two fight off the last of the men. Hulk tells Clint to leave him alone, but Clint points out that he just saved his life. Hulk now owes him, but Hulk tells him to go to the Avengers. Clint says that he can’t and explains what the Leader is doing, but Hulk says that he doesn’t need him. Clint confirms this, since who he needs is Bruce. Hulk says that he’s not there and tells Clint to leave him alone. Clint says that if he doesn’t give him Bruce now, he will take him down. Hulk finds this hilarious and laughs as he transforms back into Bruce. Bruce needs a minute and asks Clint for everything he knows.

Bruce takes him to his lab, Clint impressed that he did all of it while on the run. Bruce looks over the data that Clint’s sky cycle collected, Clint commenting that SHIELD likes to be thorough. Bruce then gives him a shot and Clint asks why he did that. Bruce tells him that he protected him from gamma energy. He was also able to locate the center of the gamma dome, and Clint points out that he seems to have all the answers. He then asks how they’re going to get there, and Bruce says it will be the direct route. He then turns into the Hulk who breaks out of the cabin, a screaming Clint hanging on his back.

As Abomination seems to have the upper hand on Hulk, Hulk says that he brought back up. Clint then fires and arrow at Abomination, lowering his gamma levels, and Hulk is able to defeat him. Clint then yells that the Leader is coming, who gloats that he’s thought of 1000 ways to destroy them. Just then Thor comes up and knocks him out.

After defeating the Leader, Thor asks Hulk if he’ll be leaving the Avengers again. Hulk says that he’ll stay, but only if “Cupid” stays. Clint, offended at the nickname, then challenges Hulk to a fight.

Hulk, with Clint on his back lands at the top of the suspension bridge. Clint hops off and asks if he’s ready. Hulk says that he always is, and hops down to start fighting the robots. Clint then slides down and joins him, firing arrows as he does. Hulk gets distracted fighting one of the robots, mad that Thor indicated he would destroy more than him and Clint fires on the one that comes up behind him. Clint says that they need to stay focused, while the bridge evacuates, also believing he’s taken out more robots than both Hulk and Thor. More robots show up and Clint says that he can take them all while Hulk rests, when the robots suddenly start combining. Hulk says that he might do that and wishes him luck as he turns around. The robots then fire on Hulk, and Clint says that he now has to save him, much to his annoyance.

The Casket of Ancient Winters

Clint tells Jan that they need to get the rest of the team, specifically Hulk, just as he jumps down in front of them. Clint is about to say that he’s just in time, when Hulk grabs him and angrily yells that they left him in the pool when it froze. Jan says that they forgot he was there, just as the ice creatures attack them.

Hulk vs the World

The Man Who Stole Tomorrow

The Casket of Ancient Winters

These two don't interact a lot in the MCU, so the ship isn't as popular as others. This leads to fans delving into potential reasons they could be together. A popular theory is that Clint has managed to tame the Hulk, or in some cases sedate him. This idea is fictional but the plot of Clint facing down the Hulk when he tries to trash a S.H.I.E.L.D base seems to work quite well. On AO3, Hulkeye is the seventh most written ship for Clint and the fifth most written for Bruce. 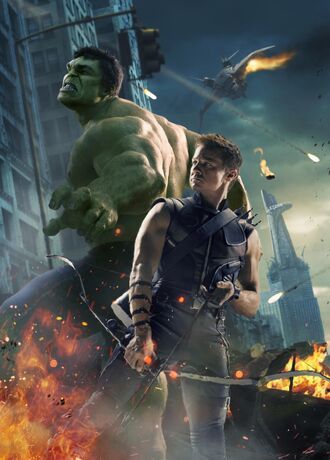 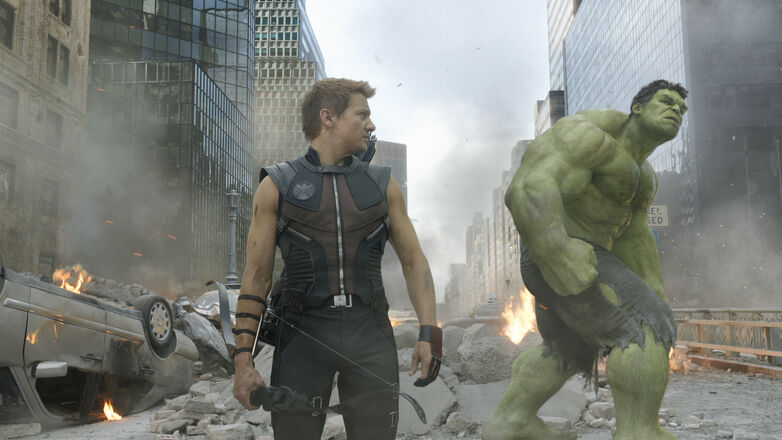