Shipping Wiki
Register
Don't have an account?
Sign In
Advertisement
in: Ships, Ships/Het, My Hero Academia/Ships,
and 6 more

“Relations between the hero course and the evacuees have grown warmer since Uraraka's stirring speech.”
— Tenya making Ochako blush with her words.

IidaOcha is the het ship between Tenya Iida and Ochako Uraraka from the My Hero Academia fandom.

Tenya and Ochako met during the U.A. High School ​entrance exam and after they passed the exam they became classmates. Although they did not speak at first, the two became good friends in part thanks to Izuku Midoriya and since then they can be seen together even if Izuku is not present. Tenya and Ochako have different personalities, as Tenya is disciplined and serious while Ochako is cheerful and hyperactive, but they get along very well despite their differences. They both care for each other and when one of them is hurt or in danger, their first thought is to help the other, showing deep camaraderie.

They trust each other and work together very well, having each other's back in battles. Ochako often laughs at Tenya's serious and rigid personality and that he takes everything so seriously. Tenya comes from a well-known and wealthy family while Ochako is known to be poor so Tenya and Ochako also have different kinds of lives and childhoods. However, unlike with her friend Momo Yaoyorozu's wealth, Ochako does not show any kind of envy or jealousy towards Tenya and instead compliments and admires him.

The first major interaction between them is in the battle trials, where Tenya and Ochako have to face off, while he and Katsuki Bakugou have to play the role of Villain. While Izuku was facing off against Katsuki, Ochako went to Tenya's location to find the bomb he had to grab to win, however, she couldn't help but laugh out loud as she saw him trying to have the mentality of a villain, lowering our guard. This makes Tenya realize that Ochako is in the room and tells her that he was waiting for her. In their combat, the ground is destroyed by Izuku's Detroit Smash and Ochako takes the opportunity to launch his Home Run Comet attack towards Tenya, distracting him long enough for Ochako to grab the bomb, causing Tenya and Katsuki to lose the battle. Tenya was not upset with Ochako for defeating him and approached her worried when he saw her exhausted after the fight.

After the two voted Izuku to become their class's president and were having lunch together, Ochako could tell from their shared conversation that Tenya is from a wealthy family and asks him if it is so. Even though Tenya tries to hide that part of himself, he does confirm Ochako's question as he explains his family's heroic reputation and how it was his brother who inspired him to become a hero. Just as the love Ochako has for her family inspired her to become one as well. Soon after the school's students were informed that there has been a security breech, Tenya notice that the said breech were the press corps and asks Ochako to help him float in order to clam the large number of panicked students. Tenya and Ochako's combined teamwork later led to Tenya becoming their class's president.

The next day, Tenya, Ochako and the rest of their class were brought to the U.S.J. for field experience training, but their class gets interrupted by an army of supervillains. Tenya and Ochako were able to stay together with Thirteen next to the exit, while the rest of their classmates were scattered all around the simulation, along with a supervillain making sure that their group doesn't escape. Because Iida's Quirk makes him the fastest in their small group, Ochako gives Iida her support for when Thirteen creates a window for him to fetch help from. Even though Iida's role as class president had him not wanting to leave Ochako and the others to the villains, he agrees to do it when Ochako remind him of his actions at the cafeteria. As Iida made his way to the exit, Ochako helped to ensure that the shadow villain doesn't stop her friend from leaving. Iida later returned with the teachers as promised and even though they got the villains to retreat, Iida, Ochako and the rest of class 1-A were still shaken from the incident.

Before the Sports Festival starts, Tenya and Izuku are surprised to see that Ochako is the most excited about the event and she decides to tell them her motivations for being a hero. Ochako points out that his reasons are selfish but both Tenya and Izuku believe that Ochako's goal is noble and Tenya immediately told Ochako that he need not feel ashamed in his search for money, even before discovering it was only due to Ochako's wish to improve her parent's lives. Izuku and Tenya point out that Ochako's Quirk could drastically reduce business expenses if she got licensed, and her family could sell their construction equipment as well. Ochako agrees completely, but remembers that her father encouraged her as a child to follow her own dreams instead. Izuku and Tenya are genuinely inspired by Ochako's noble ambition.

Ochako looks a bit depressed when Tenya doesn't want to be on the same team as her and Izuku in the cavalry battle during the Festival, but when the battle ends, Ochako is not annoyed ​at him for competing against she and was shocked by Tenya's Recipro Burst and playfully annoyed him for hiding his abilities, causing Tenya to apologize profusely.

They both watch Izuku's match against Hitoshi Shinso and gladden when their friend wins. Tenya and Ochako also watch each other's fights at the Festival and cheer on each other. When Ochako has to fight Katsuki, Tenya goes next to Izuku to see Ochako in the waiting room worried about her before the match and are shocked when she rejects Izuku's notes on a strategy against Katsuki. Tenya watches Ochako's combat along with some of her companions, worrying when Katsuki's explosions hit her repeatedly, and asks Izuku if she had a strategy before the fight. Ochaco cheers on Tenya during his fight against Shoto Todoroki and is disappointed when he defeats him.

After U.A.'s students move into Height Alliance, on the night of the move, Mina Ashido suggests a rooms competition and when it is Tenya's room turn, Ochako laughs again at her stiffness due to which has shelves full of replacement lenses. In the training for the provisional license exam, Ochako and Tenya are walking together towards the Development Workshop and while talking about the improvements they wanted to make to their Heroes suits, Ochako is shown smiling to see Tenya encouraged again. Suddenly an explosion hits Izuku, to the surprise of Tenya and Ochaco, and the three meet up with Mei Hatsume since the Sports Festival.

Prior to Class 1-A's showdown against Deku, it is revealed that the students confronted Endeavor about Izuku's location after receiving his farewell letters and, although at first they are surprised, Tenya and Ochako are among the most willing members of the Class to help and recover Izuku.

During the fight against Deku, Tenya and Ochako work together with their companions to stop Izuku and at some point in the fight, Ochako prepares to use her Quirk on Tenya, allowing him to take Izuku's hand and stop him. When the civilians are against Deku entering U.A., Ochako uses her Zero Gravity to jump on top of the building and make a speech about the reasons why Izuku should enter U.A. Tenya listens carefully to Ochako's speech with Izuku and tells him that Ochako is fighting. After the speech ends, Minoru Mineta tries to get closer to Izuku but Tenya stops him and tells him that this is not his time, then turns to see Ochako and says internally "Isn't that right, Uraraka-san?."

“Next time! Iida gets a phone call! Can't wait!”
— Ochako about Tenya, Volume 4.

“This isn't our moment. Isn't that right, Uraraka-san?.”
— Tenya talking while looking at Ochako from a distance, Chapter 325.

IidaOcha's Fandom is relatively small compared to other Ships, such as IzuOcha or Kacchako. However, it is still one of the most popular Ships for Tenya and one of the Ships Het for Ochako. It is often liked by those who ship TodoDeku, as they are both part of the Dekusquad. In fanfictions these two often portray them as friends to lovers, spending so much time together both with and without Izuku that they end up developing romantic feelings for each other. ​In the Fanfictions, it is commonly written that Tenya is the first to fall in love with Ochako and acting shyly towards her in a similar way to Izuku in canon. 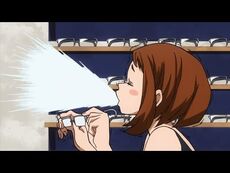 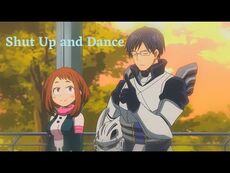 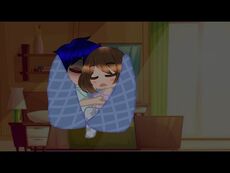 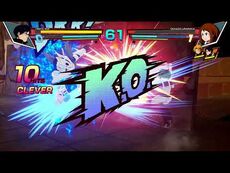