InaTodo is the slash ship between Inasa Yoarashi and Shoto Todoroki from the My Hero Academia fandom.

As Inasa and Todoroki attend seperate (hero) schools, there is not a large amount of interactions between the two, even without mentioning Inasa’s admittedly minor role in the series. However, the instances in which Inasa does appears are ones beneficial to Shoto’s tricky character growth

Inasa and Todoroki's relationship was not the best at the very beginning, as Todoroki was still cold and distant from others. They originally met during the U.A. Recommended Entrance Exam. Before the exam began, Inasa bumped into Todoroki at the gate. Inasa then realized that Todoroki was the son of Endeavor, but decided that he shouldn't judge him by who his father was. During the exam, the students participated in a marathon, which Inasa won with Todoroki right behind him. Inasa attempted to befriend Todoroki by praising his abilities but was quickly shut down, as Todoroki didn't spare him a glance.

Inasa held his grudge against Todoroki until they met again during the Provincial License Exam. Todoroki did not recognize him at first, because he was paying attention to himself, but after he confronts Inasa, he begins to remember. During the rescue portion of the exam, when Gang Orca was posing as a villain, Inasa and Todoroki tried to ignore each other and go about their own ways of taking him down, but their quirks clashed. This caused them to stop mid-battle to argue over their attacks. Only after Gang Orca paralyzed both of them did they put aside their differences and attempt to fight as a team. After the exam, Inasa approached Todoroki and apologizes for being the cause of both of them failing, though Todoroki tells him that he isn't the one at fault.

The ship is not exactly a rarepair, since they have much content, but people rather ship others ships with Shoto, like TodoMomo, TodoDeku or TodoBaku. 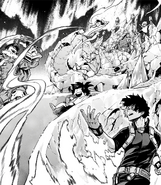 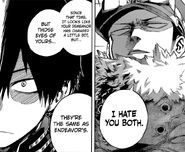 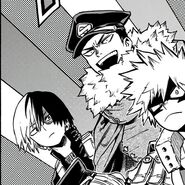 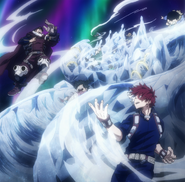 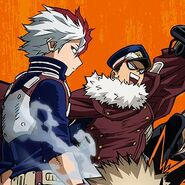 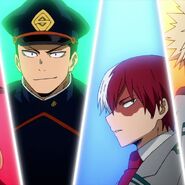