Irumatsu is the femslash ship between Miu Iruma and Kaede Akamatsu from the Danganronpa fandom.

Throughout New Danganronpa V3, Miu appears to have some sort of attraction to Kaede. In Miu's first Free Time Event with Kaede, Miu calls Kaede flat-chested, to which Kaede replies that her breasts are actually pretty big. Miu attempts to grope Kaede to 'prove it', saying that it's okay because they're both females. In chapter one Shuichi and Kaede bowed for Miu, begging for Miu to help them make modified cameras which seemed to cause Miu to fluster. When Miu accepted, Kaede thanked her and grabbed her hands, this only increased Miu's flustered state and causing her to revert to her timid attitude telling Kaede to let go. However, Later when talking to Shuichi in the second chapter, Miu stated when he and Kaede had bowed to her, that it turned her on. Again in the 3rd chapter, during the investigation of Angie Yonaga's death Miu attempted to look up the skirt of the Kaede wax figure that Angie had made. Defending her actions by saying that she was checking how realistic the doll was.

Kaede also seem to care for Miu, and the feelings seem mutual. When Kaede died, Miu was seen to be distraught, compared to her other reactions to the dead. She usually seems unaffected for the most part, even poking fun at her deceased classmates. When Miu grows timid, Kaede grows sympathetic towards the inventor. When she grows to believe the strawberry blonde has no friends in their Free Time Events, she becomes rather worried. Also, Kaede wishes to help Miu become better at communicating, and seems to give passive aggressive advice to the inventor from time to time. Unfortunately, it's not always taken as such, and Miu becomes "timid" again due to the yelling.

There also is an instance where Kaede jumps for joy when Miu accepts to make the invention she requested, even proceeding to hold her hands. This causes Miu to sweat, to the point where Kaede asks if her hands are always this sweaty. This could show just how comfortable the pianist is with Miu.

Miu also calls Kaede, 'Kaeidiot' in the English version or 'Bakamatsu', in the Japanese version.

The ship sailed as back as to Chapter 1, as a result of their interaction. That's mostly because their interactions, like any interactions with Miu Iruma, included some sexual themes, such as her insulting Kaede's bust size. Kaede, along with Shuichi Saihara, begging Miu to help her on her knees also helped. What further fueled the ship was the fact that Kaede was one of a few classmates willing to befriend Miu.

When Kaede was revealed to have a twin sister in Chapter 6, some fans have theorized that the twin sister could be Miu Iruma. The reason for that was that both were busty blonde girls with ahoges and wearing pink clothes. The fabricated backstories never revealed whether that was the case, although such possibility seems unlikely. 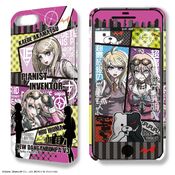 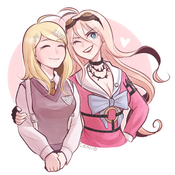 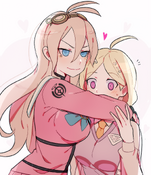 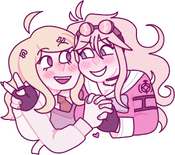 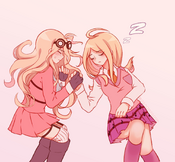 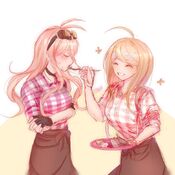 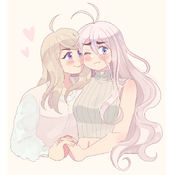 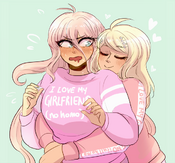 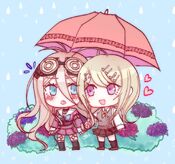 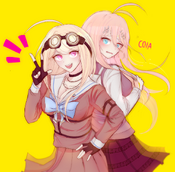 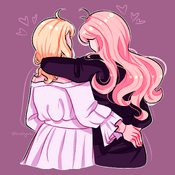 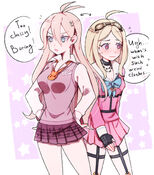 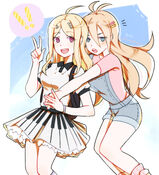 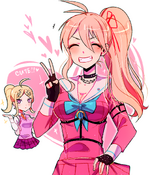 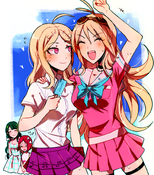 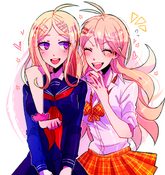 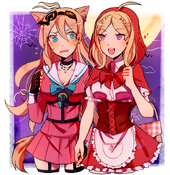 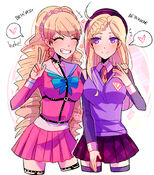 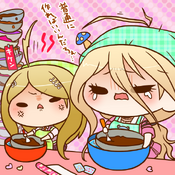 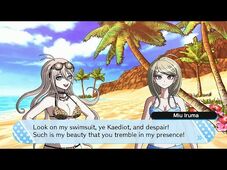 Irumamatsu refers to the ship between the two and Rantaro Amami