Shipping Wiki
Register
Don't have an account?
Sign In
Advertisement
in: Ships, Ships/Het, Kaguya-sama: Love Is War/Ships,
and 5 more

IshiMiko is the het ship between Yu Ishigami and Miko Iino from the Kaguya-sama: Love Is War fandom.

Yu Ishigami and Miko Iino have been classmates since middle school. With Miko being a Discipline Comittee member and Yu being a rule breaker (mostly as a result of bringing gaming devices or manga to school), the two's relationship initially consists mostly of bickering. Ishigami often mocking Chika Fujiwara while Miko has a high view on her also didn't help them to get along. The conflict was so intense that in one chapter Miyuki Shirogane and Kobachi Osaragi went through the trouble of making them get along. In the end, they concluded the two act as if they were bullying the person they like, which made Ishigami and Iino act more friendly towards each other to subvert this.

However, in spite of not being fond of her strict nature, Ishigami has actually been secretly helping Miko since the middle school. He would often protect her from bullying, such as by removing a derogatory sign stuck on her back. During the elections arc, Ishigami told Shirogane how much he hates it when someone who works hard is laughed at, referencing Miko Iino, which made his friend confront her in a debate in a manner that would make her lose the elections in a much more dignified way. In one chapter, Ishigame tries to protect Miko's embarrassing secret of listening to "Self Confidence Boosting" soundtracks by exposing his own embarrassing taste in music.

Ironically, Miko also helps Ishigami in secret. When he was suspended for beating up Ogino until he wrote an apology, Iino went to the Discipline Committee to appeal to the lift the suspension. She defended that his other actions to keep up with schoolwork from home indicated upstanding student behavior even if he did not write the apology letter. Neither of them are aware of helping each other, as both believe in justice for justice's sake and/or don't want to be praised for helping others as such behavior should be natural.

Chapters 137 and 140 hint at Miko's feelings towards Ishigami changing to romantic after she finds out his kind side when he gives her the photos of the bonfire that she wanted but couldn't attend, along with a heart-shaped lost item. When Tsubame invites both to her Christmas party, Miko seems interested but initially declines due to believing Ishigami would not like her there. She's surprised and visibly touched when he claims otherwise.

Chapter 152 reveals that Yu Ishigami had accidentally caused Miko's right arm to be broken sometime during the Christmas break. Iino doesn't seem to mind this, though. In fact, she appears to enjoy the fact that Ishigami now feeds her as a form of atonement, which is later revealed to have been suggested by her friend, Rei Onodera. Said girl would also sit between Miko and a boy flirting with her during the party, so that Iino could focus on Ishigami instead.

Ishigami and Miko finally get a chapter where they get along after Yu learns Chika's technique of handling Iino by complimenting her. Although it seemingly doesn't work at first, Miko eventually lets Ishigami take a break from writing notes for her to play video games. They bond as she cheers him on and he notices a kinder side of her that he hadn't been aware of.

During the End of Secrets arc, the supporting characters discuss the relationship between the two and compare it with Ishibame. Chika and Rei ship the two, Kaguya and Osaragi ship Ishibame instead, while Shirogane wants to support both. In the following chapter, Miko is shown to suffer from jealousy as a result of Ishigami successfully going on dates with Tsubame. This arc finally confirms that it was Ishigami who had annonymously written an encouraging letter to Iino back in middle school, saying that her efforts will someday be rewarded. When Osaragi asks him about it, Ishigami says he had written it because the bullying would've broken Miko, as well as because he wanted her to feel better.

On Valentine's Day, Miko gives Yu a chocolate, although she claims it's just a friendly gesture, so as to not get between him and Koyasu. She soon confides in Miyuki Shirogane about her feelings of jealousy of Ishigami's affection for Tsubame. Once the latter kindly rejects his confession, although she does feel sorry for him, she does admit to the President that she felt happy about it and because of that couldn't really help the others to cheer up a heartbroken Ishigami.

In Chapter 226, when Chika told her that she would lose her chance of ending up with Ishigami if she doesn't become the "bad girl" who schemes in order to keep the other girls in check while getting closer to her love interest, Miko has decided to forgo her good-girl act and started to make advances towards Ishigami. It turns out that she was right in her element.

In Chapters 231-234, Miko and Kobachi Osaragi have a brief falling out because they both have feelings for Yu.

In Chapter 230, Ishigami gets protective and jealous when he sees Miko and Papagane (Miyuki's father) out together. He begins to question his feelings for Miko.

In Chapter 238, Ishigami asks Miko if she wants to go to the dance with him, since the two haven't found a partner yet. Miko happily agrees to Ishigami's invitation and as she leaves the room, she states how afraid she was that Ishigami wouldn't ask her out.

In Chapter 240, Ishigami and Miko meet at the dance. Miko dressed up and got upset when Ishigami didn't. The two got into an argument about this. After Ishigami dressed up, the two start dancing, making people see them as an odd pairing.

In Chapter 244, Ishigami was lonely in The Student Council room and having his down days and he was hoping that Iino would come, he begins thinking that Iino might have a secret boyfriend making him go on a downward spiral meanwhile Iino was with Osagari talking to her about not wanting to seem so obvious of wanting to spend time with him.

In Chapter 245, the first shot was Iino getting stalked and talking to her friends about it, making Onodera order Ishigami to walk Iino home, which he's hesistant about at first but eventually agrees. While walking home, Iino and Ishigami chat, with Ishigami acting akward. Iino then holds Ishigami's clothes, making Ishigami wish to hold her hand to the apartment. When Ishigami was about to leave, Iino looks at Ishigami, causing him to think she's cute. Ishigami pats Iino's head, after which she places his hand on her cheek. At the end, Iino tells Ishigami to come to her room. Ishigami realizes he knows who Iino is to him, while flashbacks of their arguments appear in the background. He claimed he would've never said those things if he didn't care for her.

In Chapter 246, Iino and Ishigami talk in Iino's apartment about the future of the Student Coucil. Iino was holding Ishigami's hand while Ishigami was distracted by the fact she's holding his hand and is being so calm about it. Iino stands up, letting his hand go, making Ishigami anxious that Iino didn't want to hold his hand. However, she ends up doing so again. They talk about if they would stay in the Student Council, which Ishigami wasn't sure about. On the other hand, Iino was certain she would remain a part of it. Ishigami pats her head, causing himself to get distracted by thinking about her hair. Iino hugs Ishigami, saying that she still wants him around. Ishigami hugs her back and gets inturupted by a phone call from Kaguya.

The ship sailed as a result of the ship tease between Yu Ishigami and Miko Iino. Their polar opposite personalities, with Miko being uptight about the rules and Ishigami constantly breaking them by bringing his game consoles or mangas to school, fueled the ship. So did their constant bickering as a result of such, which makes them appear "like an old married couple." What endeared the fans to the two the most was the fact both have been constantly helping each other behind the other's back. Finally, Chapter 137 made a turning point, heavily implying Iino's new romantic feelings for Ishigami, with future chapters further confirming the feelings on her side.

The ship is currently the most popular ship for both characters, as can be seen on voting polls like this. Considering Yu Ishigami is shipped with almost the entire cast, this can be seen as impressive. Ishigami and Iino's Christmas Arc was the most awaited arc at the time.

The ship was initially a fan favorite when it came to both characters for the manga readers. However, for those who have not read the manga, it lost in popularity to Fujigami. With the second season of the anime, the ship became known for anime fans as well, highly increasing its popularity. Its current main ship rival for the manga readers, both in-universe and in real life, is Ishibame.

The popularity of the ship has led to the creation of a non-canon doujin by one of the fans, depicting a scenario where Ishigami and Iino are dating, as well as several other fan comics portraying the two. 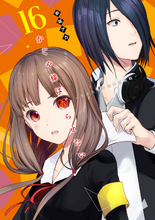 Miko Iino's True Feelings!! How Ishigami Look At Her.. 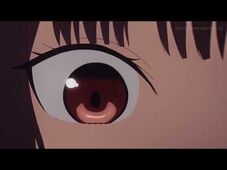 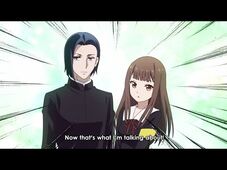 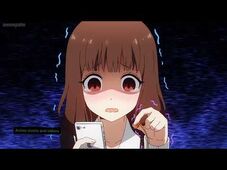 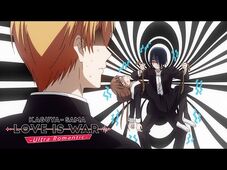 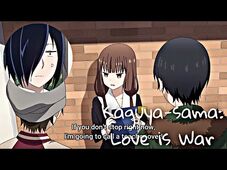 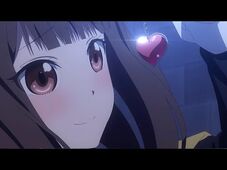 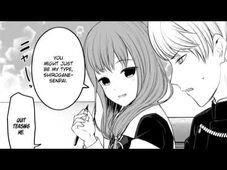 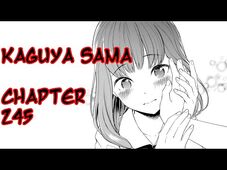 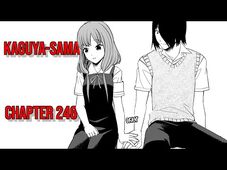 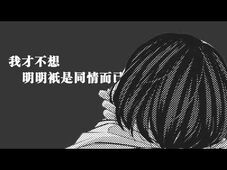