IzuMei is the het ship between Izuku Midoriya and Mei Hatsume from the My Hero Academia fandom.

While they both attend U.A, Izuku and Mei attend separate classes, as well as courses (Mei is in support; Izuku is in heroics), leaving the two not to interact all too often, especially considering Mei’s minor role in the series. Notably, however, many of Mei’s canon appearances in the series are shared with Izuku if anyone.

The two first meet during the Sports Festival; While choosing her team for the Cavalry Battle, Mei spots Izuku and pitches to join him, as his 1,000,000 points given from finishing first in the Obstacle Course would have all eyes in him, and if she were with him, on Mei as well. Izuku is startled by Mei’s assertion, but is won over by her selection of inventions, all made by her. The two have a friendly discussion over them, and as noted by Ochako Uraraka, seemed to hit it off rather well with each other.

Once the Cavalry Battle begins, Izuku takes advantage of the Jet Pack given to him by Mei to escape their pursuers. Mei asks Izuku about the function of her inventions and was joyous to hear that he found them amazing. To Mei’s dismay, one of the Hover Soles she gave to Izuku was broken during the escape from Minoru Mineta spheres, before they’re confronted by Shoto Todoroki team. Denki Kaminari short-circuits the Jet Pack with his electricity, to which Mei comments that it needs some upgrades. The fight continues with the stealing and recapturing of the point headbands until the end. The team places in fourth, and thus, qualifies for the finals of the Festival.

Days around the Provisional Hero License, Izuku heads to the support department in order to receive [hero] costume improvements. He stands outside the door, and is greeted by Ochako and Tenya Iida, but before he can reply, a sudden explosion knocks him, alongside the door to the floor. Mei’s crazed voice can be heard as she rambles about an invention of hers not working as planned, inferrably the source of the explosion. When the smoke from the explosion clears, Mei is seen having landed atop Izuku in a rather compromising position. She takes notice of Izuku and with a happy tone of voice, asks when he got there. Izuku goes to answer before realizing that Mei’s breasts are right up next to his face. Shocked, and of course, embarrassed, he looks away.

The scene then cuts to when everyone picks themselves up. Mei says that she forgot everyone’s names, despite having teamed with Izuku and Ochako during the Sports Festival, as well as having sparred with Tenya. Stuttering, Izuku reintroduces himself, although he refuses to meet Mei’s eyes, still embarrassed about the boob incident. When they enter the department, Izuku questions the possible improvements that could be made to his costume before he freezes, gasping as Mei shamelessly feels him up. She tells him that she can tell he’s much stronger than he looks, as given by his muscles she then directs him to an armor-type invention of hers and has him test it. It works fine at first, but twists his body painfully until Mei stops it, and without missing a beat, explaining that she must’ve messed something up in its production, and apologizes, smiling all the while.

During the weeks of preparation for the school festival, Izuku, along with Eri and Mirio Togata, goes and sees U.A.'s Development Studio. Mei asks Izuku about his Hero equipment and to inform her if he needs anything, before his invention explodes, forcing Izuku to flee with Eri and Mirio. At some point, Izuku asks Mei to make him a pair of gloves that allows him to compensate for the strength of his hands, to which she accepts despite having to prepare her inventions for the festival. Days later, Mei was out in the forest, following one of her latest gadgets and comes across Izuku and All Might who caught her device. Mei then notices Izuku and tells him the item that he requested is similar to one of her inventions and is customizing it for his use, to which he thanks her in shame when she approaches his face to speak to him. Mei leaves while following after her device and Izuku stays talking to All Might. Later, Mei finds Izuku training and tells him that his new gloves are complete and gives them to him. Mei hands him the instruction manual before rushing back to the workshop.

After the identity of U.A.'s traitor was revealed to Class 1-A and Shota Aizawa's plan to face All For One, Izuku decides to go to the development workshop to fix his equipment and run for his master's plan. But the workshop door explodes again in his face the second he grabs the handle, with Tenya commenting on the Déjà Vu. Mei again ends up lying on top of Izuku, who keeps his gaze and expression serious after what happened with the traitor, (unlike when Mei fell on him the first time). Mei falls directly on Izuku with her bust covering half of his face and greets him with a smile again.

While IidaMei and IzuOcha take the lead over this ship, IzuMei holds quite notable prominence in the MHA/BNHA shipper community, and while still a ‘rare-pair’, is one of the more popular of the bunch. IzuMei has been said to provide what IzuOcha has been said to lack by some, that trait being “flavor”, and a more interesting relationship with Mei’s eccentric attitude, as compared to Ochako’s sweetheart of a self. The same is said for Tenya in the case of IidaMei. Despite this, shippers of either pairing do not feud all too often, and coexist rather easily amongst themselves. 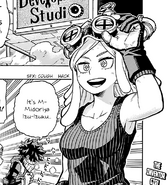 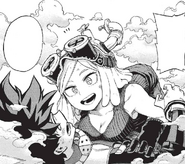 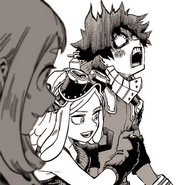 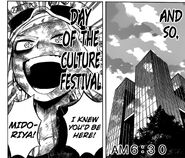 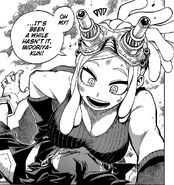 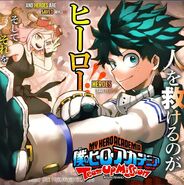 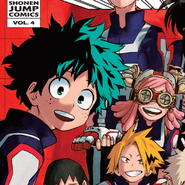 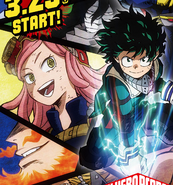 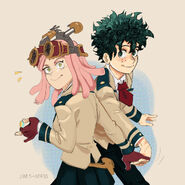 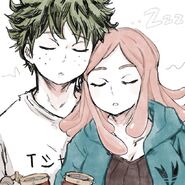