Frozen
Rise of the Guardians

Jelsa is the het ship between Elsa and Jack from the Frozen and Rise of the Guardians fandoms.

Elsa and Jack never meet due to Jack being a DreamWorks character, while Elsa is a Disney character.

Both Jack and Elsa have cryokinesis powers, that they both use to bring joy to others and to walk across water, along with them being older siblings. The two have also become the fifth members of a magical group of four, the Guardians of Childhood and the Spirits of the Enchanted Forest after they helped them to bring peace and joy back to the world. Similar to how Jack had remembered his forgotten past from his Memory Box, Elsa visited a magical place to see the memories of others, which allowed both of them to discover who they really are and meant to be through their powers. Even though it was Jack's own selfless action that granted him his abilities, Elsa's were due to the actions of her mother. Just as Jack is close with the baby tooth fairy he saved, Elsa is shown to be quite fond of the small fire spirit she calmed down. The two are also shown to be good with children, as they use their powers to make them happy.

The crossover pairing is very popular in both fandoms. Due to this, Frozen was added to the Rise of the Brave Tangled Dragons fandom and then renamed the fandom as Rise of the Brave Tangled Frozen Dragons. It's the largest pairing for Elsa and one of the top pairings for Jack Frost as well. However, the lack of any new Rise of the Guardians media has caused a decrease in popularity and not as massively phenomenal as it once was. Overexposure and negative interactions with fans could be another cause of the ships decline. When the second Frozen film came out on the same year as the third How to Train Your Dragon film, however, fans began to create manips of Elsa and Jack with the Light Fury.

Elsa is sometimes portrayed in her modern clothes from Ralph Breaks the Internet when placed in the Guardians setting. Elsa getting frozen led fans to theorize that Elsa became an immortal like Jack. Most explore this in fanon so she and Jack can forever be together. There have also been work that have Jack meeting Elsa as a child and helps her to regain control over her powers again, along with him keeping Elsa safe from Pitch Black. As for the Disney vs. DreamWorks crossover fandom, the two are sometimes featured as a Romeo and Juliet-like couple, with the two film companies as the "rival families" who don't approve of Elsa and Jack's love for one another. Their connection to ice and both having scenes of them standing on frozen water, has also inspired fans to draw them as ice-skating partners.

There have also been times when fans feature the two as siblings. One of those rare occasions sometimes has Loki of the Marvel universe as their father. While the Frozen Tangled Guardians crossover fandom has Jack as Elsa's father.

Jelsa being a big part of the Rise of the Brave Tangled Frozen Dragons fandom, the ship is commonly featured in AU scenarios. Two popular examples is a Hogwarts AU, where Jack and Elsa are placed in either the same house or two separate one, as well as the two commonly seen as Cat Noir and Ladybug in a Miraculous Ladybug AU. There have also been times when they are featured together in a Rise of the Guardians AU, where Elsa is made a spirit who becomes a Guardian of Childhood beside Jack. There have also been times when fans have cast Elsa as a female version of Jack Frost, just as there have been those who sometimes portray Jack as a male version of Elsa for a Frozen AU. Their powers over ice and snow has also got fans to feature them in ice related AUs, like a Ice Skating AU commonly having the two as partners or friends who set and well in love during their shared time at the ice rink. 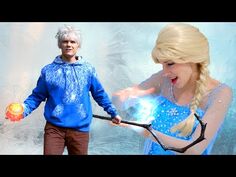 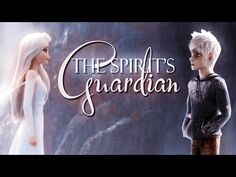