JiroKure is the femslash ship between Kyoka Jiro and Toru Hagakure from the My Hero Academia fandom.

The S5 OP shows Kyoka and Mina walking, and are joined by Toru. Kyoka smiles upon Toru’s appearance from where she was scrolling through her phone.

After the completion of the Sports Festival’s obstacle course, the students who would be participating in the 1v1 spars and Cavalry Battle are given a break period to recover themselves. Minoru and Denki trick their female classmates into dressing into cheerleader costumes (created by Momo) for their viewing pleasure, or a similar matter. Kyoka expresses discomfort at this, due to her insecurity of being much less ‘curvy’ than the other girls. On the other hand, Toru finds herself excited, even given the situation, and tells Kyoka that she thinks the uniforms they were wearing were cute. As she speaks, she dances and pumps her pom-poms in the air. At this, Kyoka blushes and startles slightly, and gives the impression of being somewhat attracted to Toru at that moment. Later, the two team together, alongside Rikido and Koji for their Cavalry Battle. Toru, as to remain fully invisible to opposing teams, strips from her shirt and bra, leaving her topless as she’s carried by her teammates. While she cannot be seen, Kyoka is shown to be again, blushing, due to having a half-naked Toru so close to her.

After deciding to perform a concert as their class’s contribution to the U.A Festival, the students begin to dive further into what their concert will require. Minoru shouts that it needs music, and Toru adds that when it comes to music, Kyoka’s the one to turn to. She finishes by saying that they should perform live music with Kyoka’s instruments, excitedly jumping towards Kyoka, who blushes. She adds that Kyoka’s an amazing music teacher, and always seems to be smiling when she talks about/plays music. As she speaks, the scene shows a flashback of Kyoka smiling as she teaches Toru guitar (as well as Ochako). Later, after Kyoka agrees, she tries to recruit Katsuki to play the drums for the concert. Once he finally agrees, Toru throws an arm over Kyoka’s shoulders and congratulates her.

The students soon conclude that they need a lead singer for the forming band. At this, Toru hops over to where Kyoka stands, and states that she thinks Kyoka should sing, as when Kyoka had taught her music up in her room, she had found Kyoka’s singing to be “super-duper cool. Kyoka tells her not to make things any harder for her than they already were, but Toru continues to coax her, as well as holding a microphone to her. Kyoka eventually gives in, and sings, allowing her to become the unanimous lead of the band, which she later delights in.

As Kyoka is more commonly seen, and thus, shipped with both Momo and Denki, and Toru with Mina and Mashirao, JiroKure is overshadowed by pairings for either, although the apparent closeness between the girls, which, while not the strongest, is still shown to overtake several bonds, which brings it more than decent popularity in the MHA/BNHA fandom, especially with fans of femslash/yuri pairings. One of the reasons the Ship is well received is due to the opposites that are Kyoka and Toru⁚ Kyoka is quite calm, shy and tomboy, while Toru is the opposite of her as she is more energetic, sociable and feminine. 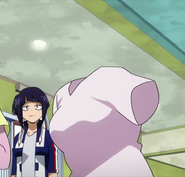 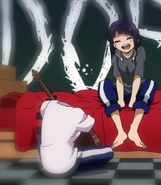 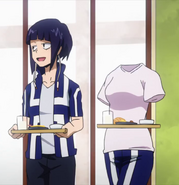 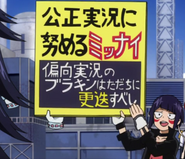 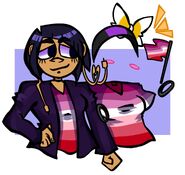 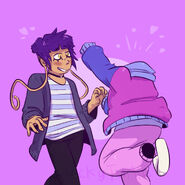