Former Allies, Faked flirtation on Junko's side; Junko is dead

“Kamukura, Kamukura, yas queen! Gah, I'm such a big fan. Not so sound all stuckery, but can I get a hug?”
— Junko in Despair Arc 6 - A Despairfully Fateful Encounter

Junkozuru is the het ship between Izuru Kamukura and Junko Enoshima from the Danganronpa fandom.

In Danganronpa 2: Goodbye Despair, Izuru is stated to be a Remnant of Despair and according to Junko he is also the culprit behind the Tragedy of Hope's Peak Academy. According to Junko, she made him join her by "breaking his spirit".

Though he seems to be an ally of Junko based on her words, in Chapter 0, Izuru acknowledges that she used him in the past and wants to use her like she used him. He also acts unusually angry and bitter while talking about her, showing that he now considers her an enemy. However, Izuru's true motives remain unclear.

Their relationship is explored a bit more in Danganronpa 3 - Side: Despair. Junko, at first, seemingly attempts to kill Izuru because of his status as the Ultimate Hope, but her true intention was to attack him knowing she couldn't win as a way to show despair's unpredictable nature and with this in mind, Izuru wishes to see more. She makes the student council kill each other and frames Izuru to show him what despair was, and eventually convinced him that a world of hope was boring and a world of despair was too unpredictable for even an Ultimate Analyst which makes life much more exciting. Izuru once protected Junko from Nagito Komaeda after he attempts to kill her with a gun, showing that he was on Junko's side.

Junko believes that she and Izuru are destined for each other and perfect for spreading despair together, occasionally acting like an overly enthusiastic fan and flirting with him in a joking manner, though he is completely unresponsive and uninterested to this. She had far more respect for Izuru than the other Ultimate Despair members, considering him more of an ally instead of a servant.

After Chiaki Nanami's death, Izuru started to question Junko's way of thinking, and decided to leave her and test which better fit him: hope or despair. In the end, he never truly cared for her as a person, and was just affiliated with her to see how unpredictable despair is. In return, Junko saw him only as a tool in her hand, like the other members of Ultimate Despair, stating that she'll always find a use for him. It's implied that she used his interest for despair's and hope's unpredictability to manipulate him into doing what she wants, seen as when she used him to upload herself in the Neo World Program with the promise of an unpredictable battle between hope and despair.

As shown in Chapter 0 and Another Episode's Epilogue, Izuru later feels unusual hatred and bitterness towards Junko because she used him in the past. It's also possible that he is subconsciously angry because she killed Chiaki.

The ship sailed as a result of the two being co-masterminds of Killing School Trip, as well as Junko's obsession with corrupting Izuru, the symbol of humanity's hope. Although he never directly did anything as an Ultimate Despair, aside from masterminding Killing School Trip, the fact that Junko was able to convince him that despair can be not boring further fueled the ship.

Although their relationship isn't shown as a romantic one, some fans believe that Izuru actually attracted Junko in a romantic or even sexual way. It's also the theory saying that the scene which in Izuru saved Junko's life was used to show that he really cares for her, more than he wished to show. Junkozuru shippers believe that Izuru fell in love with Junko because she was that one person that wasn't boring for him.

It's among the most popular shipping choices for both characters included. The ship also garnered a lot of attention due to the fact that both parties are typically not shipped with others, and seen as 'toxic'. Since they're both masterminds, they can be paired together as a duo of the main antagonists. 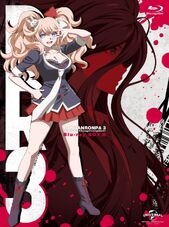 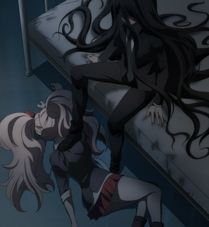