Juzosuke is the slash ship between Juzo Sakakura and Kyosuke Munakata from the Danganronpa fandom.

Juzo has a strong sense of respect and loyalty for Kyosuke. Even after graduation, Juzo left his career as a championship-title holding boxer in order to help him investigate Hope's Peak Academy. After the Tragedy, he was appointed as Kyosuke's right-hand man and is willing to help him achieve his goals.

He's willing to sacrifice himself for Kyosuke, and views him as being the true hope that can wipe out despair. He is also shown to be protective and concerned for his safety; he became distracted from chasing Makoto when he realized Kyosuke was in danger, and offered to help. After reuniting with Kyosuke during the Final Killing Game, he immediately wanted to treat Kyosuke's wounds, showing no worry in his own serious injuries. He's only seen smiling when he is either talking about Kyosuke or around him. He jokes with him every time the man compliments him, telling him it's too out-of-character for him to say such things.

During his fight with Junko, she outed Juzo for being in love with Kyosukeーproducing evidence of him having a secret photo of him. She blackmails Juzo by threatening to reveal his feelings, where Juzo makes the reluctant decision to lie to Kyosuke in order to protect his sexuality. Despite this, he still feels extremely guilty. He has an obsessive desire to be useful to Kyosuke, and seems to draw self-worth from that. He regrets his constant screws up, and makes a pledge to never disappoint him againーwhich is revealed to be his driving force in hunting down Makoto and the others.

However, Juzo ends up being betrayed by Kyosuke, who mistakenly believed him to be Ultimate Despair. He was stabbed and left for dead with severe woundsーbut despite this, Juzo had no ill-will or anger towards Kyosuke, not viewing it as betrayal but as abandonment. After Makoto explained to him why Kyosuke did what he had done, he begins to blame himselfーrationalizing that it was his own fault for letting Junko get away. In a final act of devotion to Kyosuke, he uses the last of his strength to shut down the power in the building and disable the NG Code bangles. He proclaims that, even if Kyosuke abandoned him and hated him, he wanted him to go on living. He died of blood loss soon after, with a relieved smile on his face knowing that Kyosuke would no longer be in danger.

According to Kodaka, Juzo is deeply emotional, but he doesn't tell Kyosuke about his feelings. He won't even invite him to spend some free time together, instead he just watches the other afar and comes when he's called. Juzo's line to Kyosuke, "As long as you're still alive, the Future Foundation can get back on its feet", has a double meaning as Juzo himself feels that he will be all right as long as Kyosuke is around.[1]

“Juzo Sakakura fell in love with one person he can never love... The one he loves is one of the comrades he spent many long years with. But that person is in love with another of his close friends. 'Oh, how sinful I am for falling in love with that person! If love is so painful, I should have never loved at all!' I totally get it. A love you know is hopeless is just painful. But not easily being able to give up is what makes it love, after all.”
— Junko Enoshima to Juzo about his affections towards Kyosuke, in the subbed version of Despair Arc's Episode 10.

“Even if you abandoned me... I still... want you to live...”
— Sakakura's last words spoken out loud, in the subbed version of Future Arc's Episode 11.

The ship sailed as a result of the two's strong friendship and was fueled even more once it was confirmed that Juzo has romantic feelings for Kyosuke. Although both were originally among the least liked characters of Future Arc, and thus so was their ship, it eventually grew on people once both went through their redemption. Juzo's loyalty to Kyosuke, even after being betrayed for a misunderstanding, gained the ship more followers as well. Currently, it is one of the more popular ships originating from Danganronpa 3.

Its main ship rival is Chisuke. In a lot of fan fictions and fan arts, the two best friends are portrayed actually having romantic relationship with each other, ignoring Chisa. Some fans however like the dynamics between the entire trio or simply cannot choose between Kyosuke's ships, resulting in a polyship between all three of them. 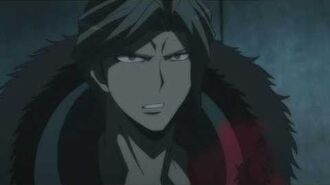 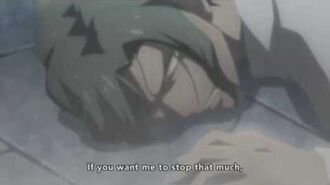 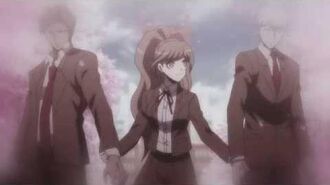 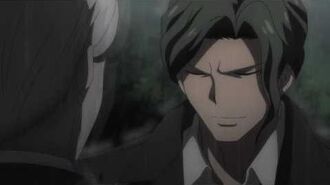 You're my dearest friend DR3

Juzosukechisa refers to the ship between Juzo, Kyosuke and Chisa Yukizome

Retrieved from "https://shipping.fandom.com/wiki/Juzosuke?oldid=178763"
Community content is available under CC-BY-SA unless otherwise noted.