Best friends (Dating in Chisa and Kyosuke's case); Chisa and Juzo are dead

Juzosukechisa is the polyship between Juzo Sakakura, Kyosuke Munakata and Chisa Yukizome from the Danganronpa fandom.

All three attended the same class, Class 74th, during their school years at Hope's Peak Academy. During that time, the trio hanged out together, with Chisa and Kyosuke eventually starting dating and both of them being best friends with Juzo.

After graduating from Hope's Peak, the trio remained affiliated with the academy, with Kyosuke working on expanding it overseas, Chisa becoming Class 77-B's homeroom teacher, and Juzo becoming the head of security. Since Kyosuke was busy working overseas, he had Chisa and Juzo secretly work on learning the dark secrets of Hope's Peak Academy.

Some time before The Tragedy started, both Chisa and Juzo claimed to Kyosuke that Junko Enoshima was innocent despite a lot of evidence pointing to her being behind Hope's Peak's tragedies, with Chisa doing so as a hidden Ultimate Despair member, and Juzo as a result of Junko blackmailing him.

Chisa's death early in the game affected Kyosuke. For the majority of the game, Juzo and Kyosuke have been working together. However, Kyosuke betrayed Juzo at one point after Tengan's words of everyone being a potential attacker made him believe Juzo was an Ultimate Despair, also believing this was the reason why Juzo had lied about Junko's innocence to him years ago. Despite this betrayal, Juzo ended the game in order to let Kyosuke survive. Kyosuke was eventually convinced by Makoto Naegi that Juzo wasn't an Ultimate Despair, but he was too late to be able to apologize to him, with Juzo already being dead.

This polyship is a result of Chisa Yukizome and Kyosuke Munakata's canon relationship, Juzo Sakakura's canon attraction to Kyosuke and friendship between Chisa and Juzo; with some fans not being able to choose between the two or liking the dynamics between the entire trio. 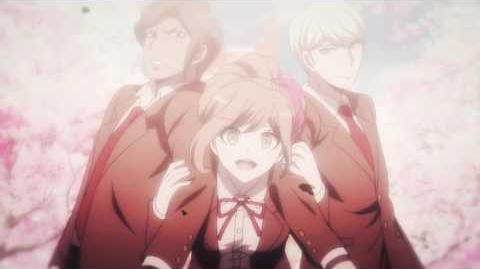 Retrieved from "https://shipping.fandom.com/wiki/Juzosukechisa?oldid=164604"
Community content is available under CC-BY-SA unless otherwise noted.