KamiSero is the slash ship between Denki Kaminari and Hanta Sero from the My Hero Academia fandom.

Denki and Hanta are portrayed as rather close friends through the series. As both share such dim-witted, laughable personalities, they bonded quickly. Although Hanta has a sufficient lack of screen-time, he is almost always seen next to Denki at the very least, although more likely than not they’ll be chatting. They have a shared love of teasing Katsuki to get their kicks, and are seated diagonally to each other.

They share their first notable interactions at the Sports Festival, starting as they listen to Katsuki give his “speech”. Both boys get knocked out of the sparrimg matches quickly due to lack of practice/prior knowledge, and can be seen sitting next to each other for the remainder of the festival. After his fight with Ochako, Katsuki temporarily joins them at the stands. Denki questions him how he could attack a “frail little girl” so brutally, and that he “couldn’t help but hold back against Shiozaki” (A/N: Denki was KO’D immediately in the fight). Hanta teases him about his impossibly quick loss to her, which mildly annoys Denki. Later, during Katsuki’s final fight against Shoto, they made several “witty” jokes and comments, cringing at the way Katsuki burrowed his way through the ice (“like a moleman”).

Even though most of these interactions were simply joking critiques about Katsuki, Denki and Hanta were still portrayed to mesh well together, even without prior knowledge of one another. After the festival, Denki is shown critiquing his own quirk in the boy’s locker room. He compares it to the strength of Hanta’s which causes him to grin widely. We later find out the obvious when the class exam results are revealed; the two both scored remarkably low, and rank within the bottom 5 of their class. Momo gives her kind offer of tutoring to them both upon noticing this, which pleases them. The boys can later be seen sitting next to each other at Momo’s house, evidently struggling with whatever work was handed to them.

KamiSero sits in the line between relatively popular, and rare-pair due to Hanta’s few appearances, and the already large popularity of a few of Denki’s other ships, more specifically KamiJirou and KamiShin. However, their laid-back, even memeable selves have lead them to the popularity they do have. It is a rather common ship partner to KiriBaku, MomoJirou and in rarer cases, MinaOcha. 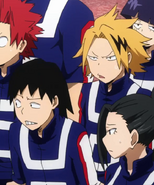 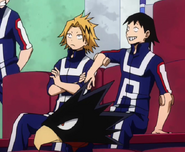 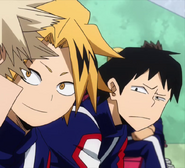 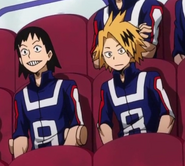 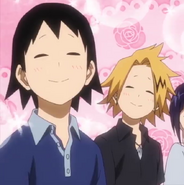 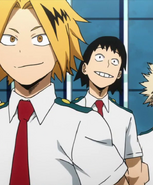 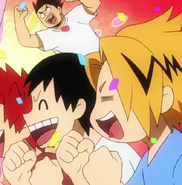 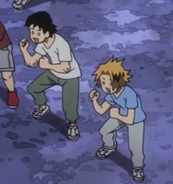 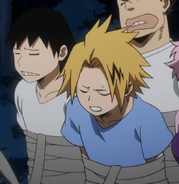 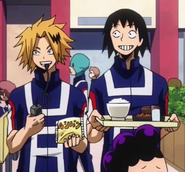 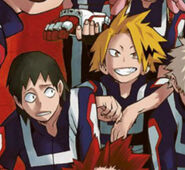 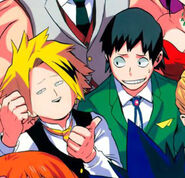 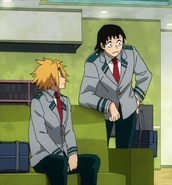