• Not So Different
• Opposites Attract

Kanvers is the femslash ship between Kate Kane and Kara Zor-El from the Supergirl fandom.

When Kara arrives in Gotham with identity-swapped Barry and Oliver, they are swiftly attacked then arrested and put in jail due to Barry aka "Oliver Queen"'s prominence and fame as the Green Arrow. For the same reason, they are bailed out and driven to Wayne Enterprises where they meet Kate Kane for the first time. A corporate billionaire, Kane is trying to save the desolate Gotham from ruin and asks that the trio leave Gotham due to the Green Arrow's reputation, citing it could cause more problems than Gotham already has. While Kane doesn't seem that happy with Oliver-Barry or Barry-Oliver, Kara tries to talk with her and Kate seems to respond more openly to Kara. Kate allows them to stay and research from the Wayne building, and Kara goes to scan the city for Deegan, but passes by Kate's office and decides to talk with her.

Kara apologizes for them giving her the "third degree" when they first arrived at Wayne Enterprises and Kate accepts, mentioning that Bruce Wayne is actually her cousin. Kara immediately feels a kinship with Kate and a deeper understanding of Kate's situation, having a famous cousin to deal with. Kara asks Kate if she knows Deegan and the trio are directed to Arkham Asylum, but Kate senses what's up and suits up as Batwoman. When Oliver and Barry are poisoned at Arkham and fight each other in a hallucinating state, Batwoman shows up to separate and help them. She asks all of them to leave Gotham and not cause any more chaos, to which they all comply, except Kara, who lags behind to tell Kate that she knows her identity, and reveals her own to Kate. They part with a common understanding and respect, as well as a genuine affection for one another.[1]

Kara – “I gotta say, all the corporate billionaire's I know wear Versace and have five hundred fewer tattoos.”
Kate – “Those are the ones that you can see.”
Kara – “Well, that's... a mystery.”
— Elseworlds

Kara – “You really do have a lot of tattoos.”
Kate – “And somehow I feel like Kara Danvers doesn't have a single one.”
— Elseworlds

Fans were excited to see the two interact after the announcement that Batwoman would be in the Elseworlds crossover. However, fans of Supergirl expected to come out of the crossover shipping Kate, and Kara's sister, Alex. But the two did not interact. Kate shares one-on-one screen time with Kara and many interpreted their interactions as flirtatious. Supercorp shippers who also ship Kanvers joke that Kara has a very specific type as Kara mentions the "type of corporate billionaires" she knows.

Shippers were excited to see more of their interaction during Crisis on Infinite Earths. It also gained a few fans in the process. Many noting Kara's excitement over seeing Kate again as more shipping potential.

Shipping has died off slightly, given that Kate is no longer the lead of Batwoman, and Supergirl has ended. 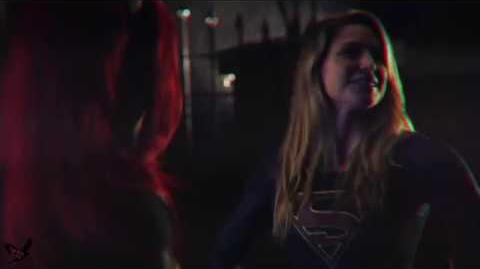 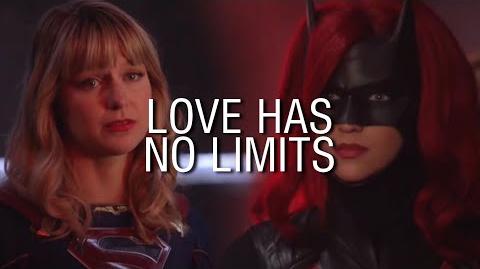 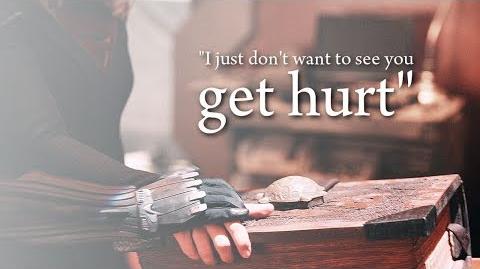 Kate & Kara I just don't want to see you get hurt 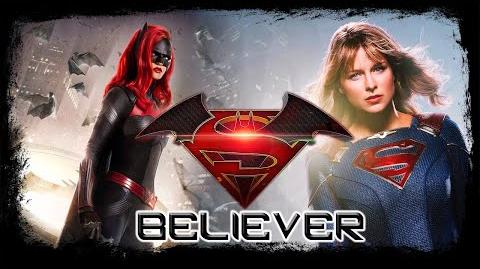 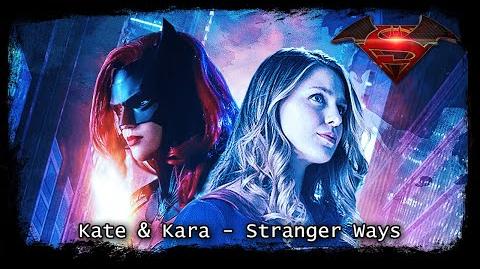