Shipping Wiki
Register
Don't have an account?
Sign In
Advertisement
in: Ships, Ships/Slash, Your Turn To Die/Ships,
and 5 more

Keishin is the slash ship between Shin Tsukimi and Keiji Shinoji from the Your Turn To Die fandom.

When Keiji found Shin was unconscious in the Hidden Room, he made sure to immediately check if he was okay.

During the Main Game, Keiji asks Sou what lie he has to tell them next in a sarcastic manner.

At one point, Keiji runs to Kanna to get back the laptop Q-taro traded her. They find Kanna, but Shin also appears. Keiji demands the laptop back, and Shin claims he has some control over it, being the first one to find it, then reveals he has a charger. Keiji mentions that they don't know if Shin's on their side or not, and claims that they've never seen his collar since he always wears a scarf. Shin offers to give the laptop back if Keiji trades 50 tokens, which would allow Shin to buy Keiji's personal info, the latter seeming reluctant to let happen. Shin says that it's fine if Keiji instead just gives the 50 tokens to Sara, attempting to provoke Keiji into doing so. Keiji does not say anything, refusing him. Shin mockingly apologizes for teasing Keiji and shows him he indeed wears a collar.

While the participants prepare to go to the next floor, Shin says how it was too bad that Kanna didn't even get the Sacrifice card so she'd have a chance at escaping with Shin. Keiji laughs at Shin, saying that Kanna would never pick him, she'd pick Sara to escape with. At that remark, Shin shouts angrily, but Keiji tells him to quit telling lies. Keiji acknowledges that Shin was strongly driven by his own feelings to save Kanna, yet everyone obstructed him from achieving so. He says Shin must hate him and everyone else. Shin says during the Main Game, he thought Keiji wanted him to die so bad. Keiji responds by saying "Well... it's different now."

On AO3, Keishin is the most written ship for both Keiji, Shin, and the Your Turn to Die fandom. The reason most fans ship the two together is because many fans believe they seem "compatible" due to the fact when you (Sara) first meet both of them, they seem the most suspicious and untrustworthy due to the cold look they both prescribe. Another reason the fandom ships them is because many fans believe Keiji could help Shin with his past trauma, as most fan fictions featuring the two make it in Keiji doing so.

Fans also believe Keiji could balance out Shin's quiet and kind of secluded, follower persona with his more leader, always taking action, trying to protect everyone at all costs personality. While still not being quite known by the fandom due to the small amount of determination in shipping from the Your Turn To Die fandom. The part of the fandom that does acknowledge shipping as a factor of the game though, favors it quite a lot due to it being very popular and "reasonable" in the small shipping community. 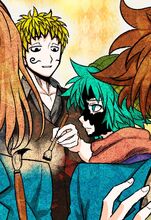 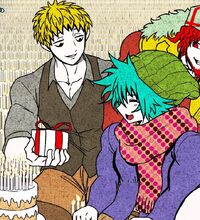 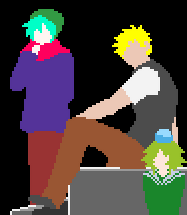 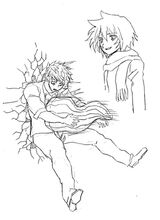 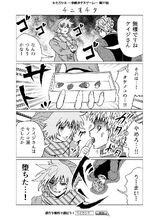 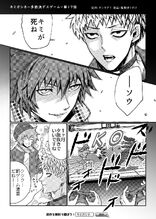 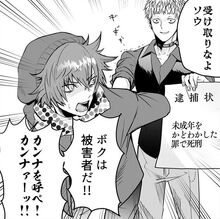