“Until now, I tried to think of myself as being just a tool. I thought it would be fine just as long as I was his tool. But now, I want to accompany him to his destination. I want to see the scenery he sees. Not as a tool… but as a comrade.”
— Peko to Hajime Hinata in Island Mode.

Kuzupeko is the het ship between Fuyuhiko Kuzuryuu and Peko Pekoyama from the Danganronpa fandom.

It is revealed at the end of Chapter 2 that Peko was raised in the Kuzuryuu household, and was assigned to be Fuyuhiko Kuzuryuu's personal hitman and bodyguard, meaning she was always around him since youth. She orchestrated Mahiru Koizumi's murder in an attempt to save Fuyuhiko from the Island and send him back home.

Unfortunately, she underestimated Fuyuhiko's attachment to her, believing that he would sacrifice his "tool" to escape the Island, which proved to be her undoing. Despite this, Peko appears at least partially aware that Fuyuhiko does not share her viewpoint of herself being an expendable pawn, admitting that she had a feeling that her master would not be able to call her a tool to save himself when pressed at the end of the second Class Trial. Fuyuhiko doesn't view Peko as a tool and he just wants her as her normal self. He began to cry, not wanting her to leave him. Peko continued to stay by his side and protected him like when Fuyuhiko tried to save Peko from being executed and interfered her execution. However, he failed and Peko got distracted, accidentally blinding his right eye and getting stabbed by one of the Monokuma soldiers.

In the Island Mode alternate ending and in her last Free Time Event, Peko is revealed to have feelings for Fuyuhiko. In the main story, she's still very close to him, willing to protect him at all times - proved in her execution when she immediately protects Fuyuhiko from the wooden warrior monsters trying to attack him. In the Sixth 'Trial', Fuyuhiko heard Peko's voice speaking to him to snap out of despair. Fuyuhiko also got upset and shouted at AI Junko when she told Fuyuhiko that she "could play a version of Peko that was more to his liking then she ever was"

In Danganronpa 3, Peko stays close to Fuyuhiko all the time. She sits behind him in both classes, and only leaves his side to follow Mukuro Ikusaba. Despite how much Fuyuhiko cares about Peko, he is noticeably more colder to Peko in Danganronpa 3, especially when she offers to go find out why Natsumi Kuzuryuu is in the Reserve Course. Fuyuhiko coldly tells her that there is nothing between them now, and that she is no longer his hitwoman. This noticeably upsets Peko, but he goes on to say he only told her this so she wouldn't do anything crazy. Peko still helps Fuyuhiko by moving his stuff and Fuyuhiko also helps Peko, and tells her to "shut up" when she protests. Ibuki Mioda, however, interprets this as them acting like a mature couple. Fuyuhiko is upset when Mikan carries an unconscious Peko back to class, and he holds her in his arms, until she is strong enough to stand on her own. He also tells Peko he can't let "them" (referring to Mukuro and Junko Enoshima) go for beating her up badly.

As Ultimate Despairs, Fuyuhiko and Peko still remain close. He says he and Peko will lead the gang down the right path, implying he sees them as equals, and they later stand back to back after killing everyone in the Japanese Diet Building. At some point though, they slipped back into their old roles as Fuyuhiko silently orders Peko to fight Kyosuke Munakata.

“Until now, I tried to think of myself as being just a tool. I thought it would be fine just as long as I was his tool. But now, I want to accompany him to his destination. I want to see the scenery he sees. Not as a tool… but as a comrade.”
— Peko to Hajime Hinata in Island Mode.

The ship sailed as a result of their true relationship and backstory first revealed in the climax of the Class Trial in Chapter 2 of Danganronpa 2. Peko's sacrifice being the starting point of Fuyuhiko's character development also helped. 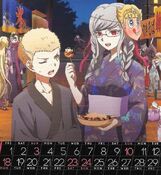 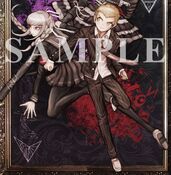 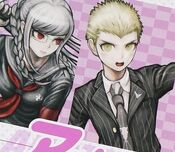 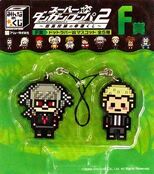 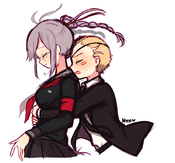 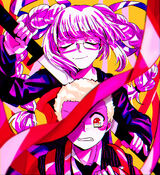 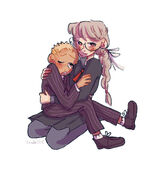 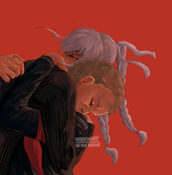