“But the reason I ended up taking this assignment and coming back, was because I actually did have one regret. The fact that I left you behind.”
— Sayaka to Kyoko, Madoka Rebellion

KyoSaya is the femslash ship between Kyoko Sakura and Sayaka Miki from the Puella Magi Madoka Magica fandom.

The two hated each other the first time they met, Kyoko attacked Sayaka because she found the latter annoying for how weak she was. The two fought until Homura intervened and saves Sayaka.

When Madoka throws away Sayaka's soul gem, Kyoko is shocked and concerned when Sayaka kneels over, dead. She demands Kyubey for answers but the Incubator gives her answers that disgust her, she then grabs Kyubey and shakes him but is interrupted by Homura returning and giving Sayaka her soul gem back. Sayaka wakes up and Kyoko lets Kyubey go.

Kyoko brings Sayaka to her father's church, where she tells Sayaka why she became a magical girl, hoping that Sayaka will learn from her mistakes and learn to act for herself.

When Sayaka turns into a witch, Kyoko carries her human body to safety and to her home. Despite the odds of Sayaka coming back to life being minimal to none, Kyoko uses her own soul gem to keep Sayaka's body warm and healthy, even though it turns her gem dark. This is notable, as leading up to this point, Kyoko had stuck close to her ideal that she needs to fight for herself and only herself, yet she is using her energy and soul gem to save someone that was likely going to die anyway. In the end, she convinces Madoka to try to save Sayaka with her, but when it is proven to be impossible, she kisses her soul gem and lets go of it. Kyoko destroys the gem, killing both herself and witch-Sayaka.

Sayaka and Kyoko can often be seen throughout the movie together, it is revealed that Kyoko has been staying at Sayaka's place throughout the time of the story.

Kyoko and Sayaka are fighting together, when Kyoko tells Sayaka that she had a "sickening dream" where Sayaka was dead. She asks if their current battle and Sayaka was just a dream and that in reality, they were dead. Back to back, Sayaka takes Kyoko's hand and replies that this wasn't a dream, it was something better.

Nagisa rushes by yelling that she came back just to taste cheese again, causing Sayaka to yell at her "way to run the moment". She jumps down to continue fighting, Kyoko following after a brief pause, she is visibly touched by Sayaka's words, and calls her an "idiot", likely in an affection manner.

“It's okay, Sayaka. I know you don't want to be alone. It's okay, I'll be here with you, Sayaka.”
— Kyoko to Sayaka before dying with Sayaka, Episode 9

Kyoko – “I had a sickening dream. A dream where you were dead. But you're saying that that was reality, and this right here, where we're fighting side by side, is just a dream, Sayaka?”
Sayaka – “This isn't just a dream. It's a little brighter than that. I thought I didn't have any regrets when I died. [grabs Kyoko's hand] But the reason I ended up taking this assignment and coming back, was because I actually did have one regret. The fact that I left you behind.”
— Sayaka and Kyoko, Madoka Rebellion

And I'm Home by Eri Kitamuta and Ai Nonaka

The ship's origins can be traced back to Kyoko bringing Sayaka to her father's church, telling the latter her story in the hopes that Sayaka wouldn't make the same mistakes she makes. After Episode 9's airing, the ship took off and became the second most popular Madoka Magica ship, it is often shipped alongside HomuMado.

This “connection” is also reinforced by the fact that both ships have conditional asset-passive dynamics. In particular, fans often read Kyoko's behavior as having a crush or even obsession with Sayaka, a motive that can often be seen in HomuMado fan content. Moreover, Kyoko like Homura, looks at her potential partner in one of the official arts, a motive that often means crush and sexual desire.

Since the Rebellion had a noticeable nod on this ship, which was recognized by the director himself, many fans mistakenly consider this ship a canon, jokingly calling Homura "KyoSaya shipper". At the same time, it should be noted that so far none of the ships has been confirmed, including due to the position of the original screenwriter of the show, Gen Urobuchi.

Male!Kyoko is a popular AU in fanworks. 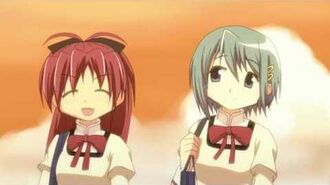 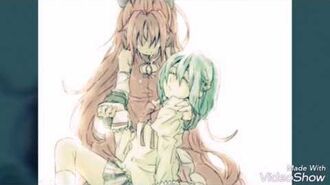 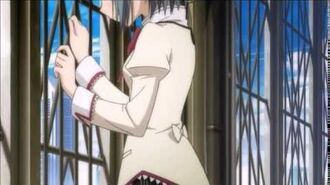 KyoSaya - Let me love you AMV 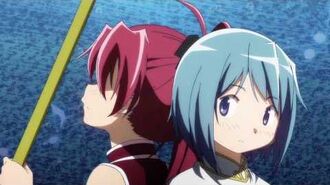 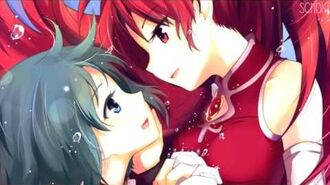 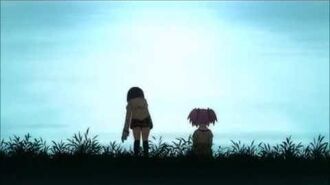 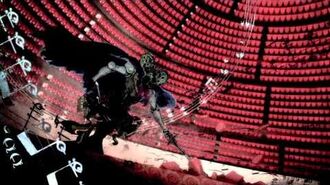 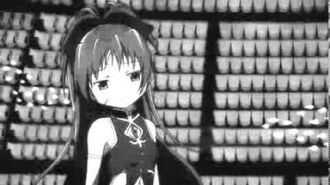 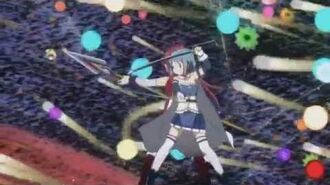 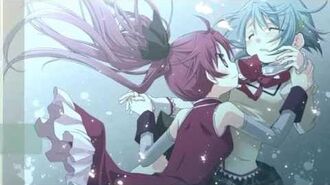