Former Classmates/One-Sided Crush on Leon's Side; both are dead

Leosaya is the het ship between Leon Kuwata and Sayaka Maizono from the Danganronpa fandom.

Though the two are not seen interacting much during the killing game, Leon quickly developed a strong interest in Sayaka. In one of his Free Time Events, he asked Makoto about "what kinda guy Sayaka is into". In relationship charts featured in the art book, Leon admires how cute she is and considers her a "pure-hearted girl", which is a type he is into. Sayaka takes a note of that she is his type with a slight smile and blush. In the relationship chart, Leon is also shocked to find out that Sayaka is Makoto's "assistant", appearing jealous. However, considering Leon's womanizing nature, it's most likely his attraction to her was nothing more than a physical one.

Later, when Sayaka chose Leon as her murder victim, her plan backfired as he was able to defend himself, which led her to flee to the bathroom. Though he claimed it was only self-defense, Leon made a conscious decision to counterattack and murdered the girl. Leon's interest in her could explain why he trusted her so easily and went to see her alone during the killing game, and might be the reason why Sayaka chose him as her target.

In Danganronpa: The Animation, there was a school photo of the Class 78th together showing Leon with his arm placed behind Sayaka on her chair of which she is perfectly comfortable with, this friendly gesture could imply that they were good friends or something more during high school at Hope's Peak Academy.

In the non-canonical manga version of the game, Leon and Sayaka had a closer, quite different relationship, due to their similarities with music. It is also implied that during the first murder, Leon only wanted to calm Sayaka down when she locked herself in the bathroom. When he broke into the bathroom, however, he claims that he accidentally stabbed Sayaka in the stomach, which resulted in her death.

Leon was revealed in the manga to have a crush on Maizono.

The ship sailed as a result of Leon's canonic attraction to Sayaka.

The ship received mixed feedback from the fandom. Its haters are against it due to both being involved in their case where they killed or attempted to kill one another. Naezono and Naegirizono being more popular also played a role. Its supporters find it sweet that Leon wants to try a different career for her and that his new passion for music matches Sayaka's talent.

There is also a third part of the fans who aren't even aware of the ship, as it was only referred to in a missable dialogue with Leon, Leon's Free Time Events with Makoto, and the manga adaptation. 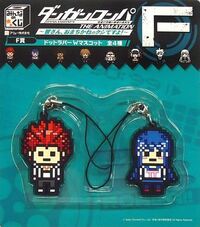 Leon and Sayaka in the opening of Danganronpa: Trigger Happy Havoc

Leon and Sayaka in the first opening of Danganronpa: The Animation

Leon and Sayaka in the second opening of Danganronpa: The Animation

Leon and Sayaka in the promo art 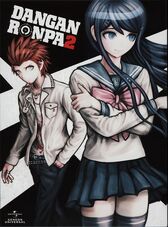 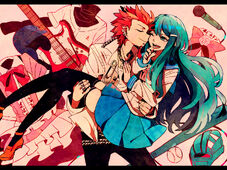 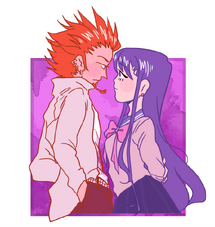 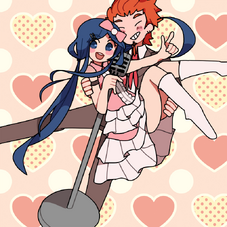 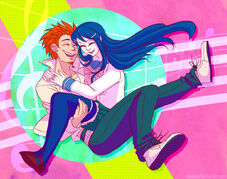 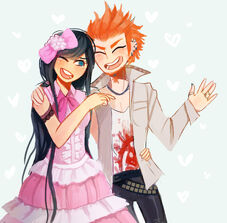 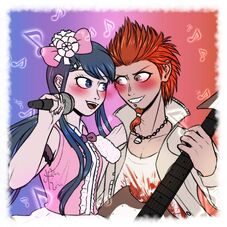 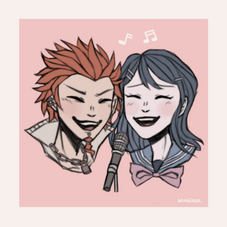 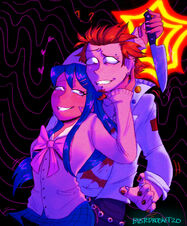 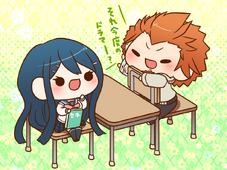